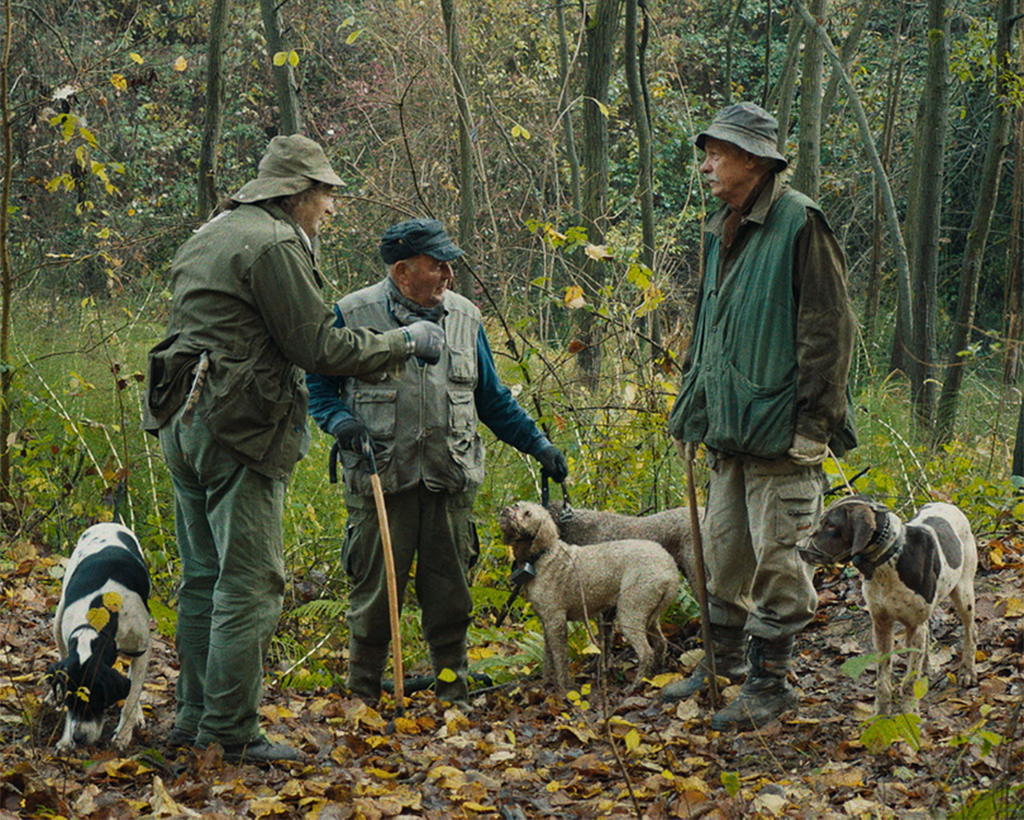 The Truffle Hunters is now showing in cinemas nationwide.

It’s difficult to not be enchanted by the Piedmont region of Italy, from its stunning landscape, to its rich history and gastronomical delights; but for film directors Michael Dweck and Gregory Kershaw; it was the mysterious locals, the truffle hunters, that lured them back to Piedmont for three consecutive years and consequently became the subjects of their latest documentary. The allure of the truffle hunters reminded Dweck and Kershaw of the mysterious heroes of fairy tales, folklore and legends. These unassuming men would venture into the enchanting and sometimes unforgiving forests of Piedmont, endure rough conditions and return with the region’s most coveted and the world’s most expensive ingredient, the white truffle; before returning back to their unassuming life.

“We noticed that in these villages people were talking about truffles and truffle hunters, but they weren’t telling us anything more than that,” explains Dweck. “We started asking them who are these people? Where would you find these truffles? But nobody would tell us. They would shrug and go ‘you know…I got a guy.’ Even the trattoria guys, we would try and push really heard and be like ‘look it’s on the menu, so you got them from somewhere’ and they’d say ‘we have a wooden box, we put the euros in a box and then in the morning a truffle appears.’ And of course, that peaked our curiosity, and so we decided to spend months and months trying to find out more about this community.”

After months of research and befriending the locals, the directors were finally introduced to the truffle hunters.

Carlo Gonella is an 88-year old who climbs out his window in the middle of the night to find the elusive white truffles, much to the annoyance and concern of his wife Maria.  84-year old Aurelio Conterno is never seen without his dog Birba. 78-year old Angelo Gagliardi is a farmer and poet. Also interviewed are 83-year old Egido Gagliardi and 68-year old Sergio Cauda, the youngest of the group.  While finding the truffle hunters was a challenge; getting these reclusive and notoriously private men to open up and allow the directors to film was another challenge in itself.

It wasn’t until several months into filming, that Kershaw said they felt the barriers had broken down.

“In the first year that we filmed there was a drought, so there were very few truffles in the area and there was finally rain, and a few days after rain truffles start blooming. So we went into the night with one of the truffle hunters and we found a truffle, and it was a good one and it would have sold for a lot of money that year. And we assumed he was going to (sell it) but he didn’t. He invited us into his house, and he went back to his wood stove and lit a fire and got a cast iron pan and heated it up and cracked eight eggs into it and he shaved the truffle over it, and he shared his truffle with us, and it was our first taste of a real truffle and it was also I think an invitation to say ‘hey, you’re my friend now and welcome to my world’ and it was a beautiful moment.”

Over the course of three years of filming, Dweck and Kershaw discovered that not only do these men know where to find the world’s best truffles, but it seems they’ve also found a metaphorical fountain of youth. ““We didn’t see anyone popping pills or overweight or couldn’t work, they really are living a joyful, rich life”, says Dweck.

“Most of them are in their 80’s and they’re exploding with life and we would be chasing after them in the woods because they move so quickly and there’s this kind of unvarnished, beautiful passion that fills everything that they do in life”, explains Kershaw. “There’s this kind of wisdom that they carry with them, it’s a very simple wisdom, but it’s a wisdom that comes from having a connection with the history of the place where they are from, this continuity of traditions, this connection to nature and to local communities.”

So inspired by the truffle hunters and the beauty of the Piedmont region, that in addition to helming the documentary which is co-produced by Academy-Award nominee Luca Guadagnino, Dweck and Kershaw have since founded the Truffle Hunters Preservation Program; which aims to prevent deforestation and ensure the continuation of truffle hunting.

“There’s environmental change and the farmers are very sensitive to the environment; they know things are changing and so we started this conversation fund because we fell in love with this region and we want to preserve this culture,” explains Dweck. “We have raised quite a bit of money that has been given to an organisation on the ground and they are purchasing the land where we made the film and so it will be given back to the truffle hunters and be protected from deforestation, and we also have an educational component to inspire young kids and the next generation of truffle hunters.”