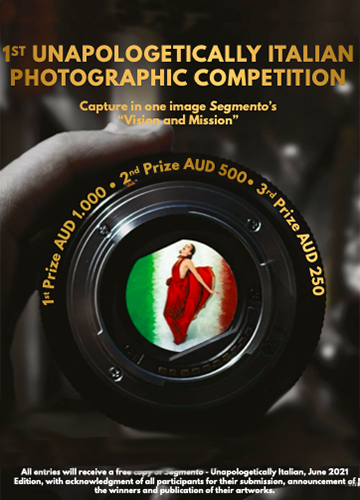 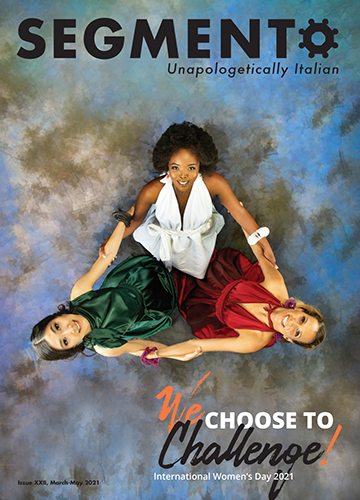 No items found.
Product is not available in this quantity.
LoginLogoutSubscribe
Sport 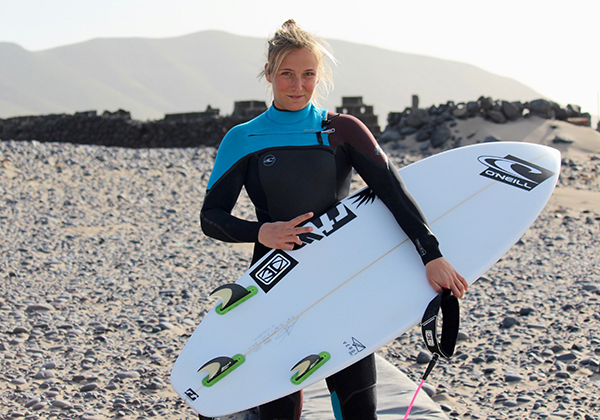 In the last two decades, specialised magazines including “Surfer” have been clueing in their readers on the possibility of practising surf in Italy.

A global perspective may merely address the information as a “diversion for amateurs,” as none have ever heard about riding waves and surfboards on the Italian shores.

Well, things are changing. With more than 5000 km of coastline exposed to swell from all directions, this maritime nation can get, lo and behold, good waves, especially through the winter months, and in a number of spots around the country.

In Sardinia for example, where regular mistral winds can comfortably create double overhead conditions, or along the Tyrrhenian coast, from Civitavecchia to Napoli, where larger swell days aren't unusual at all.

So, contrary to popular belief, waves do exist in Italy. It follows that this country's been home to a dedicated contingent of wave riders (a fact little known to Italians themselves), with a few emerging national and international talents.

With strawberry-blond hair and a sparkling smile, Valentina Vitale has been crowned Italian Surf Champion in the shortboard category multiple times. Born and raised in Rome, Valentina could only start surfing as an adult. As she recalls: “My parents strongly opposed my choice, thinking of the dangers of the sport. I don't blame them, also because fourteen years ago, surfing in Italy was not as popular as today.”

As soon as she turned eighteen she bought her first board. Due to the lack of surf schools and coaches, Valentina learnt to “stay on board” by herself, stubbornly following a bunch of local riders and eventually gaining a position of respect as one of the few Italian surfing girls.

The location was Lido di Ostia, the only district of the capital on the Roman coast overlooking the Tyrrhenian Sea. Its inhabitants would show surprise at the sight of that
unusual hobby. As a matter of fact, “Any time me and my crew walked around with a surfboard, locals labelled us as foreigners. Actually, we were true Italians with a passion for waves,” she highlights with a certain pride.

Although self-taught, Valentina's list of victories has been encouraging, and the trigger to continue feeding her dream over the years. Surf is still a young sport in Italy, and the difficulty in finding sponsors has always represented the first obstacle professionals need to deal with.

However, audacious, obstinate, and under the motto “You can do it, if you dare to try,” Valentina Vitale, now in her thirties, is the female national surf multi champion. She won the Italian Championship five times, while ranking fifth at the Eurosurfing Championship in Casablanca, Morocco, in 2015. She also won a couple of international competitions in California and at the Canary Islands, in Spain, when on holiday.

Travelling around the world to “chase the perfect wave”, as the surfers would put it, has helped Valentina to refine her technique and get all the necessary knowledge to make the sea her natural habit. “Morocco, Portugal, US, Indonesia, Australia twice, and many more destinations, anytime I travel abroad, I've been asked if there are waves in Italy. Yes, indeed!”

Surfing as a sport began in Italy around the 80’s. Lazio and Tuscany are nowadays the two regions that count the biggest number of surfers in the country, thanks to the many cities lying along the coast and the number of beach breaks and rocky points, suitable for every level of surfing. Varazze, in Liguria, is another popular spot too.

Of course, surfing in Italy is different from the rest of the world. The mainland coasts are protected from the islands, so it's rare to get big a swell, while Sardinia is the place that gets most of it because of its characteristic fetch.

“Our country is surrounded by the Mediterranean Sea – reads a promotional leaflet – and, unlike the ocean, our waves are less powerful but still great. Just remember, if you want to surf here, be ready to follow the swell. And, if it's summer, leave the wetsuit at home!”

We won't easily witness Aussies practising surf in Italy, even if it is a good idea for those touring around the capital, to have a break from the ancient ruins and try Italy’s
waters. On the contrary, living Down Under has been memorable for Valentina and her passion. “Australia ticks all the boxes. It's an enormous country with unique nature, wildlife and landscapes and, not less important, waves are among the best in the world. It doesn't surprise that, although I lived five months there, travelling up and down the East coast, a comeback was on the way. In both cases, I spent most of my time in Byron Bay, riding waves at Tallow Beach, my favourite, and The Pass. I'll never forget how magic is surfing with dolphins and mantas!”

Despite a degree in Oriental Languages and Cultures gained at the University La Sapienza in Rome, Valentina has never worked nor looked for a job in the area. In fact, surf coaching has been her only job since the age of twenty-two.

In 2006, the Roman girl opened one of the surf schools of Lido di Ostia - currently the largest and asuccess considering only last year the school counted 600 members, whose percentage was equally split in male and female. As the sport is gradually becoming more popular, the number of schools are increasing significantly
throughout the country, with five schools dedicated to the sport only in the suburb of Ostia.

Hip, fascinating, sometimes addictive, surfing has a prominent spiritual side. There you are, alone with your capabilities among patterns of waves, every moment a new
challenge and a continuous growth. “Surfing is freedom, nothing is more necessary than a board, a wetsuit, and the waves”, our surfer explains.
‍

“Furthermore, the constant exposure with nature can deliver the best teaching on how to respect it.”

Having said that, according to Valentina, there is a myth to dispel. “Surfing is cool, but also a tough sport. It requires a lot of practice and training in and out of water, patience and attention. In simple words, you don't just grab a board and jump into the ocean, unless the idea is to challenge the nature unwisely.”

If the Italian surf is finally making the world tour, the credit is to be attributed to a boy just come of age, Leonardo Fioravanti. Originally from Cerveteri, near Rome, our
wild card rider started surfing at the age of six, soon reaching his dream of becoming a pro surfer.


The little genius, as the French magazine “Le Monde” has renamed him, at only twelve years of age won the ISA World Junior Surfing Championship at Oceanside, California. It was 2012, his first world renowned victory.

More recently, Leonardo Fioravanti, who returned to competition after breaking his back at Pipeline in Hawaii in 2015, is known for beating twice, last year, the US 11-time world champion Kelly Slater, his mentor and childhood hero.

His graduation to the big leagues and world tour represents an unprecedented chapter for the professional Italian Surf, and set a new goal for both Valentina and Leonardo: the qualification at the Olympics of Tokyo 2020, where for the first time in history surfing will enter the games as a proper discipline.