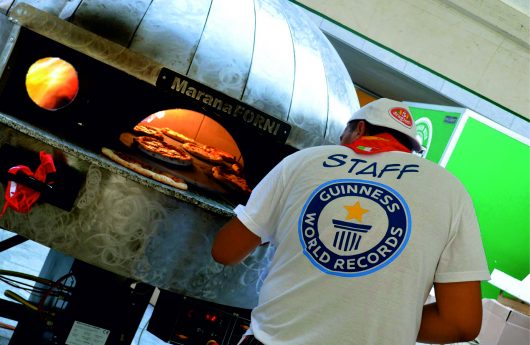 Marana Forni Ovens are Made in Italy to the highest of standards, from design to craftsmanship production of every single part.

The self rotating function creates a fast, evenly cooked pizza every time regardless at the user.Marana Forni Ovens are currently cooking great pizzas in over 60 countries around the world!

On 27 June 2015, in Chiasso (Switzerland), Marana Forni ovens were used by 30 Neapolitan Pizzaioli to cook ”Pizza Napoletana STG” and get a new Guinness World Record for “The most pizzas made in 12 hours by a team”.

Marana Forni is Official Technical Supplier of the Pizza World Championship. So, every year, Marana Forni ovens are used by all the competitors!

Great “Pizza Napoletana STG” are cooked as well as all the other category pizzas included in that famous race.

Marana Forni ovens are sold in more than 60 countries worldwide.

In 2013 Marana Forni decided to invest in the Australian and New Zealand markets and has since opened a head office in Melbourne to centralize the company’s physical presence in both territories.

The presence offers existing and future customers a 360° service in sales and after sales assistance.