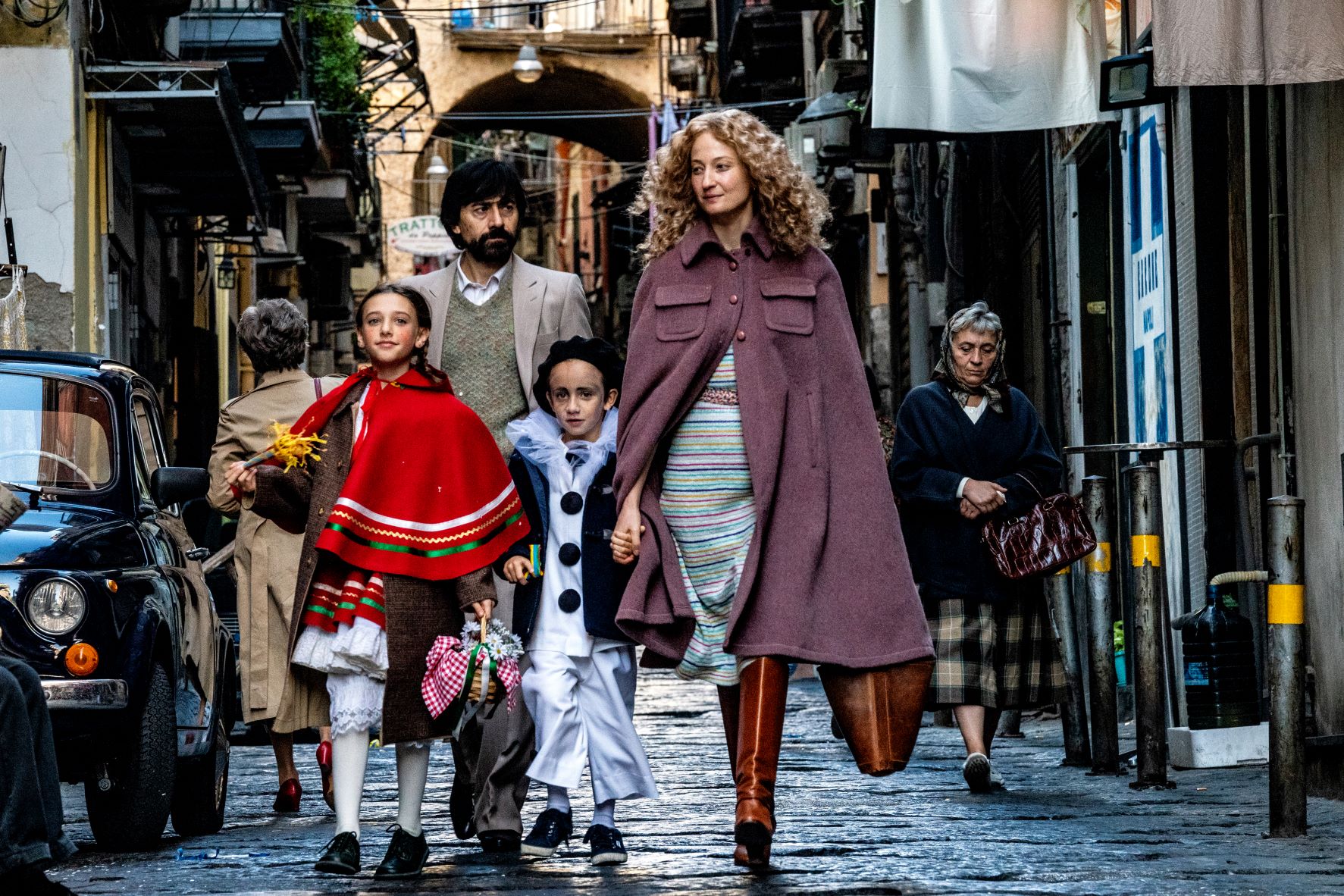 Italian film director, Daniele Luchetti talks to Segmento about the challenges and rewards of adapting a beloved Italian novels "The Ties" to the big screen.

This year’s ST. ALi Italian Film Festival brings Daniele Luchetti adaptation of an important Italian novel to the screen – Domenico Starnone’s Lacci (The Ties). The films bring to life the characters of this complex contemporary narrative.

In The Ties, Luchetti explores the breakdown of not only a marriage but an entire family, during a period of several decades starting from the 1980s. The film stars Alba Rohrwacher (I Am Love) and Luigi Lo Cascio (The Hundred Steps) as the couple in crisis. The all-star Italian cast including Giovanna Mezzogiorno, Silvio Orlando and Laura Morante round out the rest of the ensemble.

“I read this book (The Ties) which produced complex emotions”, exclaims Luchetti via a zoom call during a break from filming in Rome. “I couldn’t understand who the positive characters were and who were the negative characters. Each one of these characters had their reasons for their wrongs, also had their virtues, their toxic traits, their unbearable traits.”

It is this complexity that Luchetti aimed to capture and bring to life to encourage audiences to look profoundly and reflect at their own lives.

As the opening night film for this year’s iteration of the ST. ALi Italian Film Festival in Australia, The Ties gives Australians an opportunity to also view this enthralling film that was screened out of competition at the Venice Film Festival. It is a personally important film for Luchetti who hopes the film will encourage audiences to look profoundly and reflect at their own lives.

The Italian Film Festival has been showing across Australia and opens in Melbourne 19 November, Canberra 17 November to complete another year of extraordinary film viewing.

Closing the 2021 Festival will be the Roberto Rossellini classic ROME, OPEN CITY in a stunning 4K restoration. The film, which was conceived and directed amid the ruin of World War II in Rome, will be part of the Rossellini Retrospective presented by the Italian Cultural Institute Sydney alongside screen gems AMORE, JOURNEY TO ITALY, PAISAN and STROMBOLI. In addition to this retrospective the programme will alsofeature a celebration of classic Italian screen goddesses Sophia Loren, Gina Lollobrigida and Claudia Cardinale with some of their most loved performances in MARRIAGE ITALIAN STYLE, BUONA SERA, MRS.CAMPBELL and THE LEOPARD.

The Centerpiece selection is recent winner of the Director’s Fortnight in Cannes, TOCHIARA (A Chiara). Jonas Carpignano’s searing drama tells the gripping story of a 15-year-old girl from Calabria, whose family life starts to unravel when she discovers her beloved father may have criminal ties.

Family films also feature in the programme with GLASS BOY, a heartwarming tale of courage and adventure for all ages about a young boy usually confined to his bedroom setting out to prove he can live like a normal kid, plus WHEN MUM IS AWAY...WITH THE FAMILY (10 Giorni con Babbo Natale).  A Christmas-themed sequel to the 2019 Festival hit 10 Days Without Mamma, the misadventures of the Rovelli family are back in this entertaining road movie, starring Fabio De Luigi and Valentina Lodovini.

For kids fifteen years and older is CAM’S WAR a tale of survival and the challenge between Good and Evil which follows a young boy and his sister on a dangerous journey through an apocalyptic world.

‍CAM’S WAR is also part of The Female Lens sidebar, presented by the Istituto Italiano di Cultura Melbourne, which features contemporary films from female directors. The other is SIRLEY (Maledetta primavera) from upcoming director Elisa Amoruso and is a highly personal story, based upon her adolescence and a special friendship she forms when she moves to the outskirts of Rome.

Other highlights for the 2021 ST. ALi Italian Film Festival include:

A sudden revelation about his state of health leads a man to reevaluate his relationships with his family in this personal story from director Francesco Bruni, starring Kim Rossi Stuart.

IF YOU CARE FOR ME (Se mi Vuoi Bene)

A man with a knack for accidentally setting off catastrophes decides to help out the people around him but proceeds to cause them even more trouble in this entertaining comedy about friendship starring Claudio Bisio.

The sequel to the comedy smash hit Like a Cat on a Highway, Paola Cortellesi and Antonio Albanese return as Monica and Giovanni, whose lives become intertwined again three years later.

A 10-year-old boy witnesses an assassination attempt on his father (Pierfrancesco Favino in a Venice Best Actor-winning role) in Claudio Noce’s personal drama, inspired by his own family trauma.

PAOLO CONTE, VIA CON ME

An enthralling documentary following the life and work of Italian singer and composer Paolo Conte, interwoven with concert footage, interviews, and reflections of the singer by other friends and colleagues such as Roberto Benigni and Isabella Rossellini.

Marco Giallini (Perfect Strangers, God Willing) is back - alongside Vincenzo Salemme and Giuseppe Battiston - with a comedy hit that sees three friends try to hinder the love affairs of their daughters.

YOU CAME BACK (Lasciami Andare)

The Closing Night film of the2020 Venice International Film Festival, this dramatic thriller set against a backdrop of Venice’s mysterious lagoons stars Stefano Accorsi as a man who finds himself torn between the past and the future.

And at selected theatres, FELLINI FORWARD: FROM THE CREATIVE GENIUS OF FEDERICO FELLINI presented by Campari. Direct from its Venice premiere, this pioneering project explores Fellini’s creative genius using new technology to emulate the works of one of the greatest filmmakers of all time in a new and unique movie set in Rome.