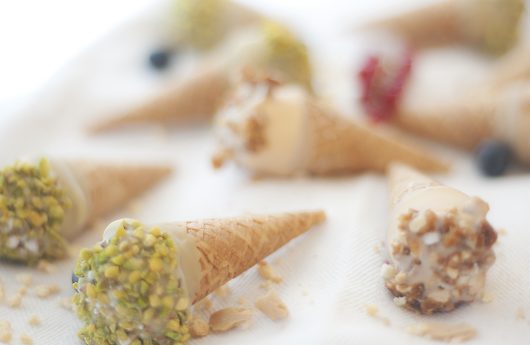 The company that has become an icon of the gelato making

It was in 1945 – the year that marked the end of World War II – when, in a small town of Romagna, a thirty-nine year old man called Attilio Babbi made a bet on himself. Italy was in ruins and, against all odds, he set to make cones for ice cream.

He had become familiar with the product as a distributor for a Rome-based factory forced to shut down during the war. Like many Italians of his generation, he found himself without a job, reduced to a life of hardships.

When the war ended, he could try to resume one of the trades he had learned in his youth such as farrier, electrician, carpenter, barista and grocer but he decided to follow the advice he had received from the manager of the ice cream cones factory when the factory had ceased production: “You know the product very well. Make it yourself.”

Starting from scratch, Attilio gave birth to a business that was to become an icon of the gelato making craft. Today Babbi Confectionery is one of the most creative and successful European producers of cones, wafers and ingredients for gelato makers.

A crucial role in making Attilio win his bet was played by his son Giulio who is today approaching his 90th birthday. His contribution to the success of his father’s endeavour is emblematic of the indefatigable spirit shown by the Italian people in the post-war years as they undertook the task of rebuilding their country and its economy.

Every year from March to September, Giulio was constantly on the road with his van distributing Babbi cones to the slowly but steadily growing number ofgelaterie. It was not enough for the company to thrive; the sharp decline of gelato consumption during the cold season obstructed any further progress until Attilio came up with the idea of opening another line of production. This is how the delicious Viennesi and Waferini were born, followed over time by other refined delicacies whose unique taste and quality made them highly marketable in Italy and around the world.

The new line enabled Babbi Confectionery to operate all year round and its turnover to grow until Giulio’s three sons—Piero, Gianni, and Carlo—came into play, bringing about yet another production line. Top quality ice-cream mixes were added to the company’s product range and the business boomed even more.

Today Babbi products are distributed in 72 countries including Australia. If you happened to enjoy a luscious gelato in one of the best Australian ice cream parlours, you can guarantee it was made with Babbi ingredients.