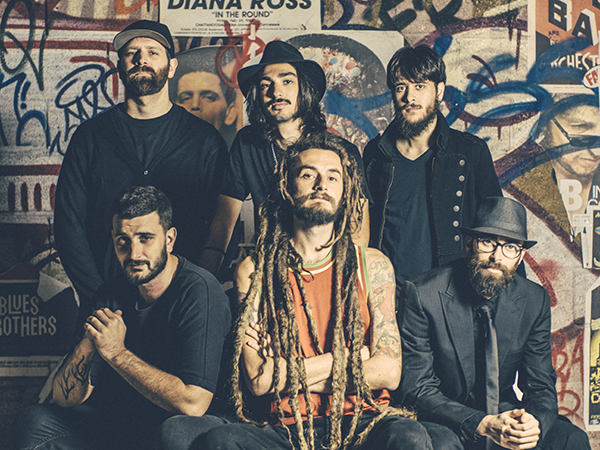 At centre stage of Italy’s reggae scene is a Tuscan group called Quartiere Coffee, its name a tribute to the coffee shops of Amsterdam, and its members united by a love of Reggae and Rastafarian culture that goes back to their school days.

The group has been recognised as one of the strongest groups in the Italian Reggae genre, earning points for its fresh, European sound, as well as the representation of the Reggae genre throughout time, including elements of Roots, Dancehall and Rocksteady genres. The 2017 album ‘Conscience’, in fact is a nod to each of these subgenres and is enriched by several collaborations that diversify the album’s sound.

‘Hey Girl’ featuring fellow Italian Reggae artist Mistilla, is a cheerful, cheeky ska track about a bickering couple, where Mistilla’s husky vocals shine and the horn section challenges the listener to stay in their seat.

The title track ‘Conscience’ is another gem. The track has a laid-back feel (it’s Reggae!) and Quartiere Coffee’s singer Rootsman shares the mic with Sardinian singer RootsmanI, whose toasting (that’s Jamaica’s answer to Rap) is second to none. The message is clear and it’s distinctly Reggae. ‘Clean up your conscience’. The group finally fulfils the long-held aspiration of a Jamaican collaboration on track 4, ‘Illusion’ where Utan Green makes an appearance. The track slows it down with a nod to the roots era, but the additions of sampling and autotune, give the genre that new European sound that Quartiere Coffee have made their own.

There’s something about Reggae that really does make you feel that every little thing’s gonna be alright. Quartiere Coffee’s ‘Conscience’ is no exception. This album contains all the good Caribbean vibes of the genre, but Quartiere Coffee bring something else to the table. There is something about the sound that transports the listener to a summer festival. It’s the sexy but cheerful sound of a beach party, of lunch with wine in the sun.

It’s the sound of Reggae all’Italiana.