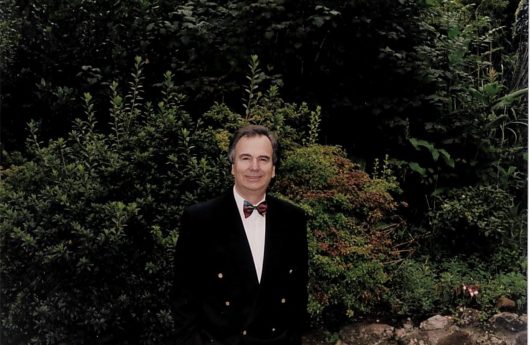 Their future in their past - Part 5

One of the most endearing qualities of Mr Enzo Vivarelli was his frank honesty. He made no lie of the fact that life in Australia for Italian migrants in the early 1960’s was, from his perspective at least, difficult. Nor did he shy away from making it clear that the cultural differences between Italians and the countrymen of their new homeland sometimes ended in physical violence.

“Da qua, é un paradiso” he told me over the phone from his home just outside of Prato where I was a guest of the Monash Centre Prato. “Da lontano (é tutto bello) perché il mare é un filtro.” (From here in Italy, Australia seems like Paradise. From afar it’s all beautiful, because the ocean acts as a filter).

Born in La Spezia in 1932, Signor Vivarelli is a cultured and well-educated man, who has lived a life of hard work, opportunity and sound choices. Starting his working life in Italy in electronics he took the opportunity to travel to the United States early on to further his study and experiences. It was an experience that whetted his appetite

for travel and adventure. So much so that it was on a whim that he decided to forfeit everything he had in Italy on his return and set out for Australia.

“La mia non era una storia tipica” Signor Vivarelli told me. “Non avevo bisogno economico di emigrare. Avevo un buon lavoro e buona paga. Tutti mi dicevano che ero pazzo. Ma la vita in Italia non mi soddisfaceva”. Interestingly enough, the trigger that set off the final resolve to go to Australia was a passage from the Mark Twain novel “Tom Sawyer”, where the main character, on receiving money from his father to return home, is told by the train conductor that he has obviously chosen to return to the mundane and ordinary of life. (Mine was not your typical migrant story. I had no economic reason to migrate. I had a good job. I was well paid. People told me that perhaps I was a little crazy for leaving. But life in Italy didn’t completely satisfy me.)

He had no family in Australia. He knew no one. But he was enthusi- astic to take on the adventure. But his enthusiasm was dashed not too long into his “adventure”, as he put it.

“Mi sono trovato male, male” he confided. “Si idealizzano le cose. La realtá é diversa. Noi emigranti eravamo visti come nemici. Era ancora poco dopo la guerra. C’era questa mentalitá verso di noi che noi rubavamo il lavoro agli Australiani.” (I found myself badly off. I think we idealise things. Reality is quite different. As migrants we were seen as the enemy. It was not along after the war. There was this notion that we were taking jobs from the Australians).

“Sul lavoro c’era sempre sospetto”, he continued. “Non ci si poteva difendere contro i pregiudizi, contro la propaganda degli anni della guerra. Facevamo lavori umili. E poi, come si poteva imparare la lingua quando c’era bisogno di lavorare sempre!” (There was always a certain suspicion of us on the worksites. It was impossible to defend oneself against false impressions, against the propaganda from the war. We did humble work. And how could one learn the language when one was always working, always needing to work).

And yet Signor Vivarelli rose above all the small mindedness and prejudice. He made a decision to settle in Australia after meeting the woman who become his wife shortly after he arrived in the country and abandon his electronics background for a very different career.

“I sold encyclopaedias to Italians,” he told me in unencumbered English, the irony of this not lost in his tone. “And then I realised that if I could sell encyclopaedias I could sell insurance, which was more lucrative.” With initiative and drive the young Enzo Vivarelli progressed quickly through the ranks of insurance salesmen, moving from Victoria to NSW, helping establish offices in prime Italian communities and building his first family home.

By 1968 when his daughter Francesca was born, the Vivarelli family was financially established, had a home in leafy South Yarra, and had put down firm roots in Signor Vivarelli’s adopted homeland.

More personal success followed on the heels of hard work and the Vivarelli family were well and truly ensconced in the Australia of the 1970’s, their daughter confidently negotiating school, ultimately gradu- ating and, like so many of her generation, drawn back to the country of her parents’ birth to see grandparents and relatives, and to take in the land she had heard so much about.

And like many before her, the Vivarelli’s only daughter Francesca, met and fell in love while in Italy, deciding that she would return there to make a life. Therefore Signor Vivarelli found himself making the full circle back to his roots.

Interestingly he referred to this call back home as the “Call of the Wild”, referencing the image of the salmon that instinctively returns to the same place over and over, as though by some innate instinct.

When pressed about whether he regretted the decision, and whether he ever missed Australia, Signor Vivarelli paused noticeably before telling me, “Ci sono giorni, si…L’Italia é trascurata. L’Italiano non si indegna. Protesta e basta. C’é un certo provincialismo. Peró sono sicuro che l’Italia si riprenderá. Ci vorrá tempo, non lo metto in dubbio.” (There are days when yes, I think about Australia. Italy has been rather neglected. Italians don’t really involve themselves. They do little apart from protest. There is a certain provincialism about Italians. Yet I am certain that Italy will recover from her malaise. There is still time for this. I have no doubt whatsoever).