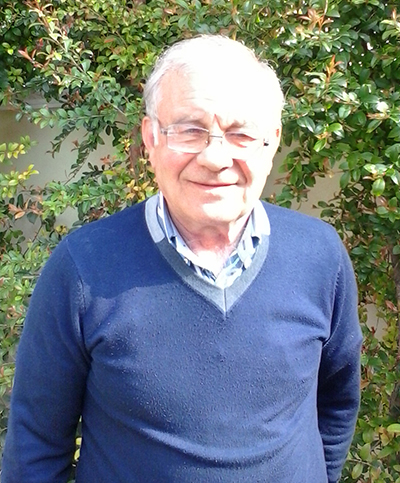 Down under...a life not meant to be

'I couldn’t imagine Australia. I did not have a sense of Australia, other than being a place where I would work.’

This is Mr Luciano Marchionna’s succinct response when asked what he knew of Australia before he set out from Viggiano, Basilicata, on what would be a 10 year sojourn away from home.

‘I left Italy for work reasons,’ he tells me, echoing the words of so many other returned migrants I have met. ‘My brother was already there, and he was the one to sponsor me. My brother had work so there was a way for me to find work too.’

It is 1966, Mr Marchionna is twenty years old, Italy is beginning to have an economic renaissance of sorts, but it is very slow in coming to the South. Economic prosperity and development seem to have stagnated for much of the rural and agricultural regions of Italy, with industry and commerce largely confined to the more affluent north.

‘My brother hadn’t been in Australia for long,’ Mr Marchionna reminisces. ‘He’d gone in 1965, just a year before me, but he’d settled in well enough that I thought there’d be a chance for me too. There hadn’t been opportunities for us here in our town for a while.’

He is quick to point out that he never had any intentions of remaining in Australia for good. Yet it would be a decade before he returned to his native village, and then with two children, the eldest 4, the youngest 13 months, in tow.

He is, like so many I had the pleasure to meet during my Fellowship, a man of great pride and dignity. When he speaks of Australia it is with gratitude for the chances it gave him to make some economic headway at a time when there were so few prospects back home.

‘I got engaged in Australia,’ he informs me at one stage. ‘My wife had left Italy in 1966. For us the hardest thing was missing our language. When you work, there’s no time to learn a new language. You pick up a word here and there, you hear the same words at work but it’s not like going to school, and it’s not like using the language you were born into.’

When asked how he found Australia in the decade he lived there, Mr Marchionna says that he had heard stories from Italians who had gone before him that Australia could be a harsh place, that many migrants were victimised for their lack of education, for their seemingly boundless desire to work at jobs many Australian’s didn’t want to take, and what he referred to as a kind of underlying suspicion that Italian migrants were out to take both the jobs and the opportunities away from Australians who had been there for generations, especially since there was some post-war resentment.

‘But I have to say that Australia treated me well,’ he says with a wide grin. ‘Maybe those people who arrived straight after the war had a tough time, but I can’t really complain. I worked. I got married, we had two kids.’

I ask him why he left.

‘Because my mother-in-law took ill suddenly,’ he replies. ‘And since my wife was the only daughter of eight children she felt obliged to return to help her mother. My wife made it clear to me that if she did return to Italy she would not then return back to Australia. And so it came to pass.’

That was in 1976. And so, not long after his mother-in-law became ill, the young Marchionna family relocated to Italy. It would be another two years before Mr Marchionna returned to Australia, and then only to sell the family home he and his wife had established. This proved to be a difficult decision for him as his brother stayed on and made a life in Australia, and Mr Marchionna makes no secret about the fact that had he not sold the house, he most likely would have insisted the family return to Australia, even if not immediately but certainly within a few years.

This however, was not to be, and when she was 19, Mr Marchionna’s daughter had to decide between either an Italian or an Australian citizenship. She chose Italian. By the time the youngest child came of age she was able to have duel citizenship. Interestingly enough, while both daughters live in Italy to this day, neither lives in the Basilicata region. They too are migrants of sorts, according to their father.

‘I sometimes regret having left Australia,’ Mr Marchionna offers without prompting. ‘Not so much for me, but for our children. Who knows what life they could have had there? I think about it often.’

‘I never forget about Australia,’ he says. ‘Actually, I thank Australia because they give me a small pension from there, and its thanks to that pension that we are doing as well as we are. Neither me nor my wife can say anything negative about Australia. Australia doesn’t deserve that.’