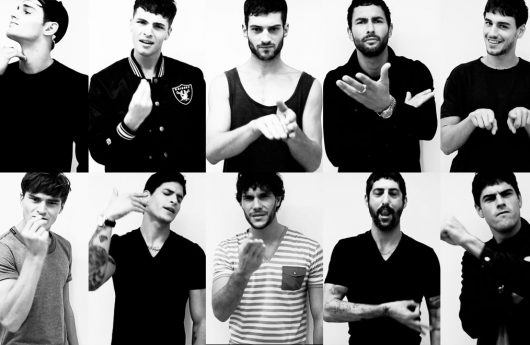 How an unintelligible bizarre culture became my constant companion I remember standing at Roma Termini with a printed bus ticket in my hand, watching a mother and daughter in skin- tight jeans and runners. They were speaking in husky voices and the sounds just washed over me.

Later, when I got off the bus in Siena a group of girls from South America ran over to me and introduced themselves. They helped me with my luggage and showed me the way to my apartment. On the way they waved to people on the street who were hanging out of the shop doors, trying to escape from the heat of the August evening. They used greetings and phrases I’d heard before, but I the responses were just a collection of random syllables. When I think back now about my Italian story, that was probably the last time I recall the sensation of being a complete outsider, of listening to a code to which I had no key.

My first teacher was a tiny woman named Sabrina who smoked cigarettes in the doorway and blasted Paolo Conte from a cassette player at the front of the room, occasionally repeating phrases she thought had grammatical significance.

I met an Italian boy and spent a lot of time with him and his friends, as well as in his family home.

Most of the other foreigners I met in Siena were Europeans, who of course already spoke a second language and were onto their third or fourth. I found it patronizing when people used English with me. I was determined to prove to everyone, and especially myself that although I was a native English speaker, I could learn a second language fluently.

So within months my head was filled with Italian words. I began unwittingly aspirating my Cs in true Senese style (I thought you were supposed to). I soon learned that if someone interrupted me in the middle of a conversation to tell me how well I spoke Italian, it meant that I’d mispronounced or mis-gendered something; a reminder that I was still learning.

Once the language was mine, it was like a veil had lifted on this incredibly bizarre and complex culture. I began to understand so many things about what is important in Italian society, how Italian people think. It began with small but important cultural details.

I grew up in northern NSW, so it really took me an unreasonably long time before learning that in Italy, one can be barefoot without invoking criticism or anxiety only in the seconds prior to some kind of bathing. Shoes are really required in nearly every situation.

It was also some years before I came to regard the bidet with the Zen attitude of live and let exist. I eventually stopped shaking my head at its porcelain presence. I now simply step around it into what the rest of the world uses (the shower), with a simple shrug of my shoulders. Ten years and two small children later, I now use it to soaknappies or stand little people in to wash sandy feet. Every time I appreciate its existence I feel a little bit more Italian.

For the last ten years my relationship with Italy has been complex, but now, it is my comfortable and constant companion. When I’m there, I am able to live life with the efficiency of a native. I don’t need to eat at 6pm at a lonely table in a Pizzeria. I know better than to put cheese with fish, or order a cappuccino after lunch. My understanding enables me to fit seamlessly into the lifestyle and enjoy Italy at its best.

On the other hand, being a foreigner has so many advantages. I get away with using Tu to address nearly anyone. Many of my weird habits and unorthodox parenting styles have been shrugged off. I rarely need to visit an Italian post office, and, unlike my Italian peers, I don’t participate in the endless torture that is the attempt to enter the Italian workforce.

After the summer is over I leave for wherever else I’m living, usually with a full belly and a small sigh of relief.

The trouble is, though, there is always a part of me that is just waiting to go back.