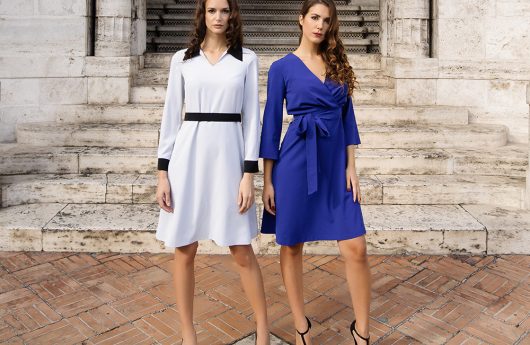 The email from Maurizio was still in Ciriana’s inbox, left untouched as though the woman feared it might be contagious,

Chapter 1 —published in Segmento March-May 2017 edition—offers a background of the female protagonist of this story, Ciriana, a managing partner of a Rome subsidiary for a blue chip American consultancy. She is an attractive and highly educated woman in her late thirties from a wealthy Florentine family and lives in a beautiful apartment with breathtaking views of Rome. Ciriana is mysteriously and unhappily single, the mystery soon explained when she reminisces about an intense romance with a young man named Maurizio, whom she had met in her university years in Florence. After graduating, they both earned a scholarship at New York University and moved to the Big Apple together. Theirs seemed a match made in heaven until their relationship ended for unexplained reasons and time etched away all traces of Maurizio from Ciriana’s life. The chapter ends with Ciriana receiving an email from Maurizio which she leaves unopened reading only the subject line: “I dream to see you in your granny’s pearls again.”

or rather its opening would unleash evils out of Pandora’s box. Yet if unopened, the letter put the whole mechanism of Ciriana’s ambivalent thoughts into motion.

What completely surprised her was that even if she recovered from what happened fifteen years ago, the line from her ex shattered the peace of her mind. She believed she had moved on successfully, building her security on professional and financial successes. Was there anything missing in her life, perhaps children? Without time even for a pet, Ciriana was happy to satisfy her maternal instinct putting her whole heart and soul into Carlo and Conrado, the boys of her sister, Chiara.

Thinking about them she got at an idea! She would visit her family and would talk about the email with the only person whose judgement she could fully trust, her mother. A good occasion will be the family gathering to celebrate Carlo’s Cresima, his Christian confirmation.

Ciriana’s parents lived in a small, picturesque village near Vinci. A decade ago they gave up their busy Florence jobs in their pursuit of a more peaceful and slower lifestyle. They bought an idyllic house with some land, with grapevine and olive trees. Their olive soon became acclaimed as one of the best in the neighbourhood. Not being so lucky with wine however, they struggled to improve its quality each season. It was the father’s unstoppable ambition even if the mother kept reminding him that he was an excellent chemist and a city guy rather than a farmer.

Ciriana’s first impression when meeting her father after nearly three months was that he changed again. He was a handsome man in his sixties, olive skinned with not much hair remaining and sparkling, intelligent eyes. His skin seemed now even darker and more spotted, damaged by sun and rough weather. Dressed in jeans and a white shirt he looked relaxed and charmingly boyish. “Is this a smart casual style in the business language?” she wondered.

Her mother, Cristina had not changed one single bit with how she looked, dressed or behaved. She was an amazing counterpart of her restless husband, an embodiment of balance and a response of reason to her hyperactive other half. She was practical enough not to bother herself with testing and reinventing her style at the passing of time. She used to wear dresses.

Not only did Ciriana’s mother wear them, she cherished them, carefully matching an occasion with her outfit. She made dresses on her own, selecting adequate fabrics and studying trends from coloured magazines. After all, sewing was traditionally one of the skills that girls of her generation used to acquire from their mothers.

Cristina was far from being conservative or old fashioned in her style. Her looks had always been universal, timeless, slipping away from current designers’ dictatorships.

Ciriana learnt at some point that her mother’s receipt for looking good and feeling well with herself at any age, was not to experiment with proportions but sticking to what she had known about her body and applying this knowledge to de-emphasise flaws and expose assets. She mastered the art of optically smoothing, rounding up, lengthening, exposing or covering, doing it tirelessly during her lifetime, even living in a countryside.

Simple clothing solutions had been her trademark and they proved to be always working.

Cristina met her daughter wearing a straight tunic, tied up in the waist with a material belt, with two side pockets giving the outfit a sports touch. “Mum, you look so young and beautiful!” – Ciriana could not hold her delight. “Oh, stop it darling! I never wore florals in town. This village is changing me into a backwoods woman!” protested her mother but a subtle smirk dancing on her lips suggested the compliment pleased her.

“Look at you!” she shouted. “What happened to my Miss Big Boss? You are so skinny. And why are you alone? I thought that Maurizio would come with you! He called us a few days ago suggesting that you are together again. I invited him for the confirmation…”

ALL IMAGES SHOT BY ALESSANDRO BALDETTI IN ROME AT PIAZZA MINCIO