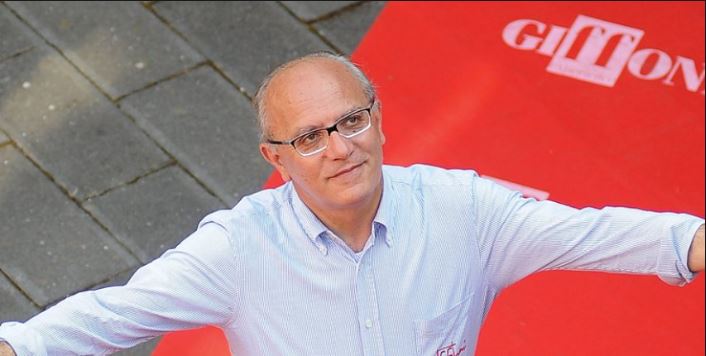 The Giffoni Film Festival. Promotion and development of cinema for young people

Running for its 48th consecutive year, the Giffoni Film Festival organised in the small town of Giffoni Valle Piana, near Salerno in Campania, attracts all the more people during this artistically vibrant time of the year. An annual event that brings together people of all ages, the festival specifically focusses on and appeals to children and families, and as part of this it also allows children to get hands-on experience in regard to the many ins and outs of the fascinating medium of filmmaking. (Photo Giffoni Experience: Premio alla carriera a Claudio Gubitosi, 13 September 2013)

Children from 39 countries or more also get to be involved in the judging and decision-making film nomination process, by which they gain a practical appreciation for cinema as a medium and an artform.

This year held between 19 and 27 July, in 30-degree heat, the innovative and openminded, fun-filled festival ending today hails back to the early 1970s when Claudio Gubitosi, festival founder and director (now with his own festival Facebook pages where he informs us of not only his own background but also promotes the festival through linked accounts) who in its inception operated within a limited budget, looked east and north for films to screen showcasing films from Northern Europe and the former Soviet Union. A vocal and entrepreneurial supporter of “young people” and driven by the conviction that children and adolescents should enjoy their fair share of cinematic entertainment, Gubitosi put together a festival 'for the promotion and development of cinema for young people'  that appealed to the aesthetic and artistic senses and preferences of younger cinema goers. Ever since, Giffoni Valle Piana has gained its well-deserved reputation as a town to be reckoned with and its annual festival draws crowds from near and afar, counting with some 100,000 guests annually, including cinema goers, filmmakers, actors, and general arts enthusiasts with a passion also for Italy.

Organised by “Ente Autonomo Giffoni Experience” and co-financed by the Campania Regional Government as well as the Italian Ministry for Arts and Culture, the Giffoni Film Festival screens films from diverse countries across the globe. The festival ̶ whose importance was once adamantly stressed by fervent French master-filmmaker François Truffaut – keeps attracting an increasing number of national and international guests and celebrities, including acclaimed the late Alberto Sordi, Sergio Leone and Michelangelo Antonioni, as well as Robert de Niro, who is very much still going strong. Less of a professional heavyweight, former flame of Johnny Depp Amber Heard, received the Giffoni Experience Award this year for her important contributions to film and charity.

Featuring a range of categories and catering for children as young as 3 through to adolescents and young adults up until age 23, the Giffoni Film Festival seduces children through mind-blowing narratives unravelling on the silver screen. Classified according to categories, the festival films are organised into Elements +3, Elements +6. Elements + 10, Generator + 13 Generator +16, and Generator +18 with the numbers indicating the approximate age groups of the children focussed on in each category.

With Alone in Space the winner in the TIMVISION-Connection and Technology Special Award at the festival this year, The Colony receiving the Special Toyota Award, and the Amnesty International Award going to In the Name of Your Daughter by Giselle Portenier, this inspiring, educational and psychologically insightful film festival invites children to embark on an exhilarating visual journey where they learn about arts, society, the environment, human rights and culture (more specifically the genres covered in the festival are Adventure, Comedy, Drama, Dramedy, Environmental, Family, Fantasy, Foreign, Human rights, Independent, Kids, Live Action, Nature, Social issues, and War) and ideally become responsible, socially aware and capable human beings and world citizens as a result.