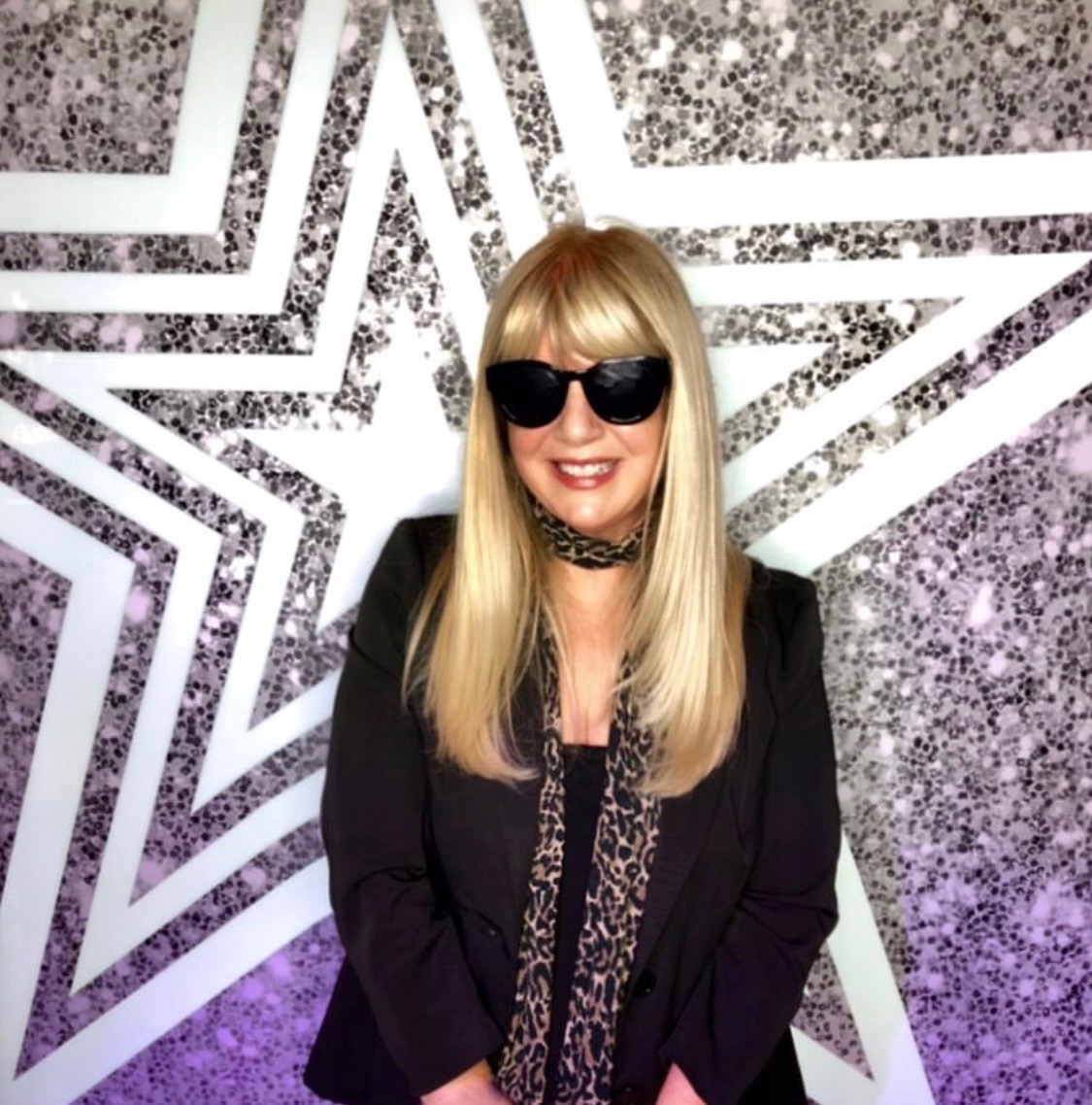 An aficionado of Italian arts and culture as well as a regular Segmento event attendee, Italo-Australian writer and teacher, producer and filmmaker Vita Catalano is a woman and force to be reckoned with.

Endowed with special talent, she is full of energy, insight, heart, compassion, and empathy for those less fortunate; who struggle under societal pressure and are forced to defend their identity at a time when long reigning social prejudices and narrow-mindedness that should have been eradicated at this stage, still exist.

A defender of human rights on a number of levels and an avid supporter of cinema as an art form, Catalano, who in an interview with RAI (2017) shares information about her life in local Ivanhoe and speaks of her dedication to her Italian heritage and upbringing (both her parents hail from Sicily, her father a native from Catania and emigrated to Melbourne in 1957, and Vita Catalano is a product of both cultures), is driven by a sense of justice and a desire to rectify social unbalances. She is a staunch ambassador for mental health and the “Beyond Blue” movement here in Melbourne and in her work  (screenplays, films, and semi-documentaries) she is driven by personal convictions and draws from her own experiences when she highlights issues requiring urgent attention; such as bullying, discrimination against gay people, and, importantly, cultural narrow-mindedness and the reluctance among, in the case of one of Catalano’s narratives, local Sicilians to fight for the survival of their regional language and to, rather, staunchly defend the almost exclusive use of official Italian at all costs. Catalano stresses the importance for children to learn the language of their region as part of a move to foster a Sicilian revival. The three main narrative themes highlighted in this review and that are close to Vita Catalano’s heart, all reflect wider social concerns today, hence why her texts and upcoming movies bear such global relevance.

In 2012 Catalano produced the short (to enhance student attention) but powerful film “Story of Jack”, dedicatedly written from hospital while she was being treated for cancer, and an entirely self-funded film. Adapted from Catalano’s screenplay “Bullying”, this has been called ‘A short film with the aim of stamping out bullying in schools.’2 The film has been shown in Australia and Italy alike, with Catalano pointing out that ‘In Australia purtroppo abbiamo una grande epidemia di bullismo’, and an article with her in Il Globo from 2018 establishing that a staggering ‘52 per cent of Italian students are victims of bullying.’3 “Story of Jack” is particularly geared for college students who, along with their teachers, need to not only acknowledge this as a prevalent problem but also be given tools to properly tackle and strive to eradicate bullying; taking action at their own schools. It is Catalano’s hope that this film that raises awareness and is ‘a vital resource at Italian schools’4 may one day bring bullying to a stop; something she emphasises in the end credits of the film. In part disturbing to watch, “Story of Jack” is emotionally involving and very realistic, highlighting real issues of growing concern in Australia, Italy, and in so many other places worldwide. It is a highly effective short film which drives home the main points and which has been used for educational and conscience-raising purposes at several colleges in Italy.

Tirelessly advocating human rights, including LGBTI rights (in June 2017 Vita Catalano voiced her support for the Gay Pride celebrations in Barcelona, in social media, declaring that ‘Love is Love!’) Catalano currently has two projects in the making, screenplays intended to be adapted to films. In both narratives she again adamantly stresses the need to focus media attention on issues to be resolved in a day and age when one would have hoped things would be smoother and more ethical for all. Although drawing from the situation in the rural Australian 1970s, Catalano’s upcoming film “Disgrazia mia” (“My Misfortune”), takes the viewer from Italy to Paris and is of universal relevance. The immediately engaging yet complex love story about a homosexual couple carries importance from a cultural and socio-political perspective, also with reference to today. Through her words, Catalano highlights societal fears and narrow-mindedness also within the domestic sphere, towards gay people. The description of Daniele and Gregorio and the bond they share is powerful and heartfelt, with their thoughts, statements and reactions reflective not only of their own individual fears but at the same time those crippling society also today, at large. As the two protagonists defend their sexual preferences and gender identities they face an incomprehensive social environment, where members of their own families prove to be the most narrow-minded and homophobic of all.

“Disgrazia mia” is a short but effective text. Divided into sections to be turned into scenes, the story follows young Daniele growing up and developing into a man plagued by doubts and concerns but also driven by his own convictions. Headed towards an unconventional ending, this story about one person’s apparent disgrace which is turned into a strength while his surrounding environment ought to follow suit is bound to captivate audiences and inspire real action in support of sexual justice and tolerance across the board. We must all develop a sense of urgency, making it our priority to leave a number of prejudices behind and to, rather, embrace a multitude of identity expressions. That is the true meaning of people coming together in a spirit of real global consciousness.

The most personal of her three stories, Vita Catalano’s semi-autobiographic “La maestra” written at a café in 2016 and a story that she has spoken about in interviews with Il Globo and SBS, is timely and both poignant and hopeful. After my interview with the director some weeks ago, I find reading her screenplay particularly interesting and relevant as it is possible to draw several connections between main character Marcella and Vita herself. Like Vita, whose grandmother died in her arms, also Marcella’s mother passes away in her daughter’s arms, however not without first leaving an important message to her fictive daughter, one which will determine the further development of the story about to unfold and decide its final outcome. Segmento readers of Sicilian heritage will find Catalano’s upcoming film particularly valuable and relevant as themes explored are close to home for many: the nostalgia and yearning for the parental homeland while members of second-generation Italians have been brought up abroad (the director herself had the urge to form a more complete picture of her parents, their lives and background but was not able to visit Sicily until the tender age of 46. Since then she has been a number of times and in our interview she speaks of her connection to place, stressing that ‘as soon as I walk those cobble-stones, I know I am home’).

“La maestra” highlights the pull of two countries and continents, roots being developed in two places, and the sense of belonging in both, even if they are very different countries. Also explored is the universal yearning for love and acceptance, and ultimately, as an overarching theme, the need for togetherness and the importance of family ties and connections. Vita Catalano calls her story ‘una storia di speranza, disperazione, amore, e dell’importanza della famiglia. Una bellissima storia, una storia del mio cuore e dei miei sogni’. This is all reflected in the film. In the various intersecting narratives where Catalano allows personal experiences and mental visualisation to influence her story and with that brings into dialogue Melbourne and Sicily (Vizzini), Marcella becomes the driving force who moves the narrative forward. Flashbacks and reflections projected forward to the near future make for a complete story that carries real depth and meaning. Marcella returns to her mother’s homeland and ends up following more closely in her mother’s footsteps than initially imagined. With that past and present merge beautifully and the mother’s story becomes, in part, Marcella’s own while at the same time she shapes her own destiny and explores new-found happiness stemming from a sense of regional belonging, her acceptance into the local community, and her blossoming love story with a Sicilian native. On reflection, Catalano notes of “La maestra” that

It is Vita Catalano’s hope that this film which is ultimately not about doom and gloom but which, rather, brings light and hope, may bring increased tourism to Sicily. After all, cinema has the ability to connect us and to attract through compelling images that engage and draw us in.

Vita Catalano, a vibrant and joyous, family oriented, socially conscious Italo-Australian with her feet firmly planted on both Sicilian/ Italian and Australian soil and a need to share stories that are personal yet at the same time universally relevant, leaves an impact on readers and viewers alike and is an artist to keep a watch on, now and into the future!