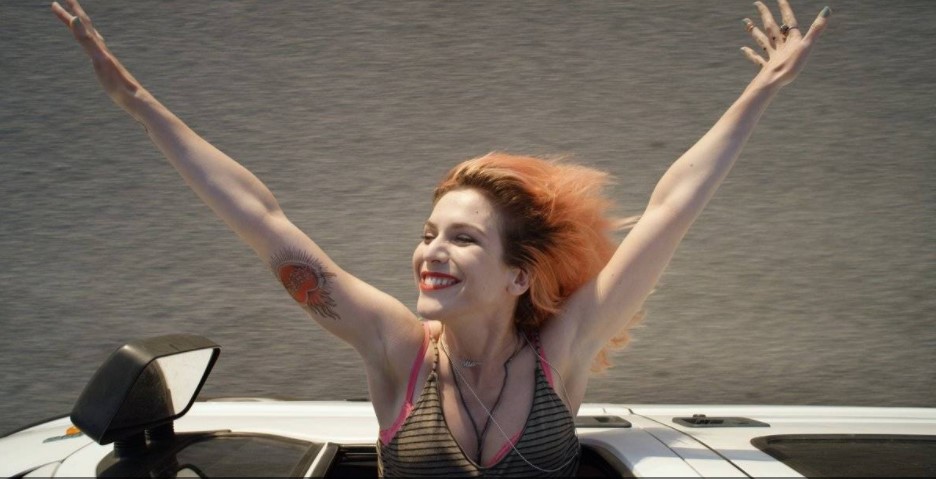 Fabio Mollo’s 2017 film Il padre d’Italia has been called “una storia di amore assoluto, puro e universale” [1] . The film has received favourable critical acclaim and audience ratings and appeals to the viewer aesthetically and from a both narrative and moral perspective. [2]

The original title translated into English as There is a Light, at first impression the film appears to be light-hearted, yet we soon realise it is concerned with ever current and complex topics like human bonding and relationships, mental and physical longing and belonging, parenthood, gender preferences, tested family ties, and love and identity. The film ultimately highlights the larger power of nature and the importance for us to be willing and able to surrender to and let nature have its own way. And yes, true to the English title there is, against all odds, light at the end of the narrative tunnel.

Mollo’s original film title inevitably brings to mind Sergio Castellitto’s Non ti muovere even if the character who lends her name to this title is not Italia; the child, but Italia; the woman (played by Penélope Cruz speaking perfect Italian). In the films by both directors the woman around whom the narrative revolves is no longer physically present as the story comes to an end. And yet, her memory lives on and in Il padre d’Italia so does her legacy through her newborn child. A similar final narrative twist is seen in Julio Medem’s 2015 emotional tour de force Ma Ma where the main female character (again played by Cruz) lives on through her child despite her own physical absence.

Il padre d’Italia connects two characters whose separate lives suddenly become one: punk-looking heavily pregnant singer Mia (Palermo-born Isabella Ragonese who received a Best Actress award for her role, in the 2017 Italian Golden Globes) and more reserved sudden saviour Paolo (played by Luca Marinelli). On a night out, he unexpectedly finds himself faced with a woman in need (she literally falls into his lap when she collapses at a night club) and reluctantly then ever more willingly he offers her support and in doing so ends up falling for her. Their paths cross and to achieve this the film takes the viewer to Turin, Rome, and Naples, where narrative crossroads meet and the characters become more complete and multifaceted when surrounded by family in the earthy Neapolitan environment. Set in the 1980s, the zeitgeist of the time is captured in Mia’s free-spirited happy-go-lucky personality (her female soulmate on screen would be equally feisty Fortunata in Castellitto’s Fortunata, also directed in 2017), in Paolo’s initial heartache at the loss of his previously male lover where a scene partly depicting the gay Turin night life and setting the tone for the story to unfold could well have been shot in the 1980s, in the electronic music of the soundtrack, in the frivolous fashion worn by some of the characters, in urban scenes from Rome depicting a slice of 1980s life, and in contrasting rural scenes from Naples where women wearing black pass their days slowly and are taken aback by the sight of flowery colourful patterns worn by Mia and Paolo. The obvious shock effect on the conservative onlookers in the film is very effectively captured on screen.

Mollo’s cinematic narrative initially focusses on Paolo who we follow in scenes generally void of dialogue and that involve us in their slow action. Important as he is – his main role seems to be to provide a sense of stability to the story – and interesting as it may be for us to first discern his confusion at the turn of events affecting his life directly then for us to witness him slowly grow as he matures with each decision he makes, it is Ragonese who delivers the most memorable performance and whose character wins us over with her exuberance and enthusiasm. Although Mia’s pregnant state presents no real physical obstacle, her condition does make her all the more dependent on Paolo. Their trip first to Rome then to Naples where doors close both metaphorically and literally in Mia’s face turns Il padre d’Italia into somewhat of a road movie. The film becomes more solid and interesting when we are presented Mia’s larger family and she gains complexity as a character through her mother’s harsh but partly cynically accurate assessment of her, which includes a reference to Mia’s former life; a life of repeated actions and impromptu decisions that could be considered mistakes, despite her physical move to another city; away from the family home. She tellingly returns with Paolo on her side and we witness them enter a place where time seems to stand still. Paolo’s own childhood, in turn - with mother unknown and years spent growing up in an Italian orphanage - is the situation that provides the basis for one of the more interesting sequences in the movie where he is recognised and comforted by an elderly nun and where the kindness of Mia’s character is reflected in a parallel scene showing her approached by a young boy who embraces her naturally, without hesitation or prejudice. [1]

As Paolo’s mother came from no apparent place in particular yet from any part of Italy, Mia decides to honour her by calling her own, as yet unborn, child Italia, thereby adding further universality to the film. At the end, a sweeping areal shot of the ocean precedes internal images from within the hospital where Mia has given birth only to sacrifice her own life in the process. Paolo arrives, scanning the faces of newborn babies lined up in incubators, one after the other, before he finds Italia and observes her through the screen. Sweet and precious, the infant reminds him of the woman he loved as he now accepts fatherhood and responsibility for the child who does not belong to him biologically but through natural bonding. He is thereby forever in touch also with Mia. The film ends here, the narrative complete and thematically satisfying for the viewer.

[2] Interestingly, given my most recent Segmento publication, the 2018 Italian Film Festival in the twin cities of  Minneapolis/St Paul screened both Carpignano’s A Ciambra and Mollo’s Il padre d’Italia to recognize “the joy and artistry of Italian cinema”. Mollo was present in person at this festival. See: http://www.iitaly.org/magazine/focus/art-culture/article/twin-cities-celebrate-10th-italian-film-festival

[3] Commenting on this scene, Fabio Mollo explains that “When [Paolo] walks into that orphanage it’s as if he’s walking into his past, it’s as if he’s looking back on himself. We shot the scene in a real children’s home in Turin, which helped us to structure it.” Scarpa, V. (3 March, 2017). Interview: Fabio Mollo. Director. “Ceasing to be children and becoming parents.” Cineuropa: film focus. Retrieved from