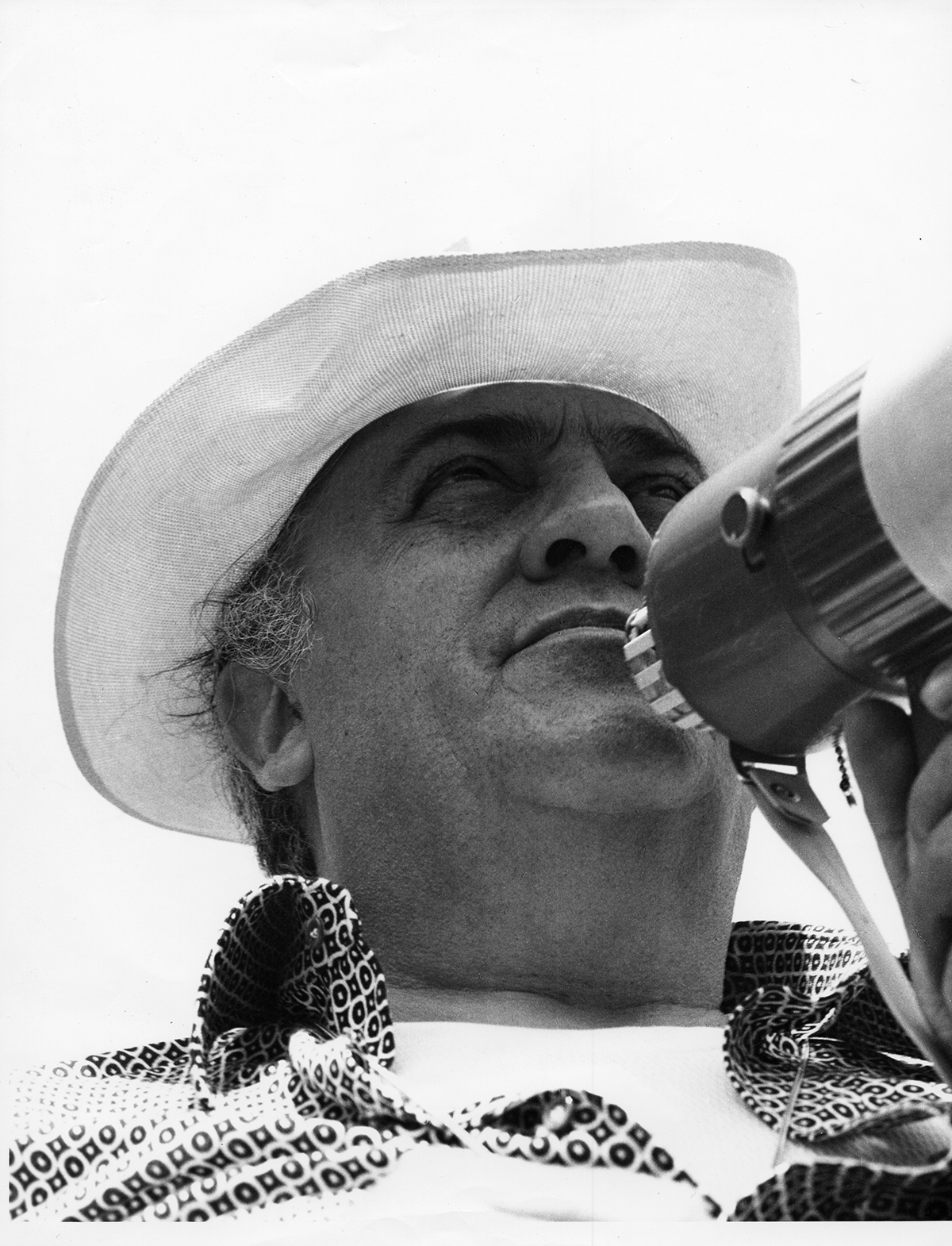 In both his hometown Rimini and in Rome important exhibitions will take place. Here it will be possible to emerge into the maestro’s magical world of dreams, colorful circus atmospheres, pain, tragedy dancing with comedy, life and death.

Could the content of the present festivity be decided by the protagonist himself, this Fellini-anniversary year would most likely resemble one big circus performance, populated with eccentric characters, noisy Italian families, dreamlike scenes, big bosomed women and other strange objects and curious personalities from the master’s own imaginative movie drawer.

Rimini (Fellini’s home-town) and Rome (the city that ‘adopted’ Fellini) will divide the honours of this anniversary. Rimini started out with the exhibition “Fellini 100. Immortal genius” last December to celebrate the life of a universally recognized film genius, who was born in Rimini on the 20 January 1920. Rome will follow in April when the same exhibition will be opened in the Italian capital.

Fellini was not only a genius, but also a very prolific genius. In his career he made a total of 22 films – from “Luci del varietà” in 1950 to “La voce della luna” in 1990. Four of his films were rewarded with the Oscar price – “La Strada” (1954), “Le Notti di Cabiria” (1957), “8 ½” (1963) and “Amarcord” (1973). In the latter, which has the reputation of being his most personal film, we meet the sensual Gradisca, the huge bosomed tobacconist and the nymphomaniac Volpina, together with a representation of Fascism, Fellini’s own teenage years, and an incredible gallery of colourful personalities of which an uncle climbs to the top of a tree screaming out loud for hours: ‘I want a womannnn .....’. He is brought down again after several hours when a team from the local psychiatric hospital shows up and persuades him to climb down again.

Moreover, Fellini also received an Oscar for his career in 1993.

Fellini defined himself ‘a craftsman who has nothing to say, but knows how to say it’. In a recent article in Corriere della Sera the well-known journalist and cinema critic, Maurizio Porro, remembers:

‘I once talked to Fellini about how his film “8 ½” was a masterpiece and how it was bound to change the cinematographic language onwards. But he would not listen to me. He was oversensitive to praise, and if you started to praise him, he would instantly change the topic’.

Porro has also underlined the many prophecies in Fellini’s film, e.g. in “La dolce vita”. ‘In that film, surprisingly he managed to predict all the worst of today’s society: boredom, superficiality, TV’s present theocracy and the crisis of today’s intellectuals. Well actually, you could easily say that in some way his whole cinematographic vision was prophetic’.

Many articles about Fellini and his operas, published in recent months, have focused on the fact that Fellini was ‘a provincial’, who went to look for his creative Eden in the Italian capital. The American filmmaker Orson Welles, who knew Fellini well, once said: ‘In reality, Fellini has never arrived in Rome. He is still dreaming about Rome’. Welles’ comment was made many years after Fellini had been living steadily in Rome!

And perhaps Welles’ comment was not so farfetched after all. It’s commonly known that to describe Rome well (as Fellini did in several of his films) you need an external and impartial point of view, such as the one of Fellini.

Fellini was dreaming, and his cinema was onirico, dreamlike. These dreams are reproduced in practically all his films. Strange and poetic and weird and fantastic dreams that bring you along a fantasy road where some of the main characters are juvenile eroticism, family matters, the period of Fascism, strange characters and much more.

‘I don’t make films to discuss about thesis or to sustain theories. I make film in the same way that I experience a dream’, he once said.

Just like it was the case of Pasolini who said that Rome was in his destiny, also Fellini regarded Rome as a dream destination. The Riminese poetess, Rosita Copioli, has written: ‘When Fellini leaves Rimini and goes to Rome, it is actually to conquer a part of himself which is ‘already’ part of him, even though the depth of Rome is inaccessible, perpetually exotic and falsely familiar’.

But Rome certainly becomes Fellini’s real home, his second home. He lived in Via Margutta with his wife Giulietta Masina, not far from the Spanish Steps. In the morning he used to go to the nearby café Canova, on Piazza del Popolo, which he regarded as his own personal office. Here he would meet with colleagues, e.g. Pier Paolo Pasolini, to speak about cinema, or he would receive business connections to speak about work. For many years Canova has paid tribute to Fellini, and today, inside the café, you’ll find a small “Fellini-museum”.

In this year of tribute, many filmmakers and intellectuals have commented on Fellini’s person and career. One of them is Paolo Virzì, one of Italy’s most popular filmmakers, who describes Fellini like this:

‘Fellini is like a divinity, like a film God, the biggest filmmaker of all times. His films are like a sort of a medicine. Pronouncing is name is like pronouncing a magic word. In his films you could meet many things and concepts that we regard as typical Italian ... irony, dancing, the circus, pain, tragedy and comedy mixed together, the life’s big party. He managed to create his own extremely personal style, which has inspired generations of Italian filmmakers’.