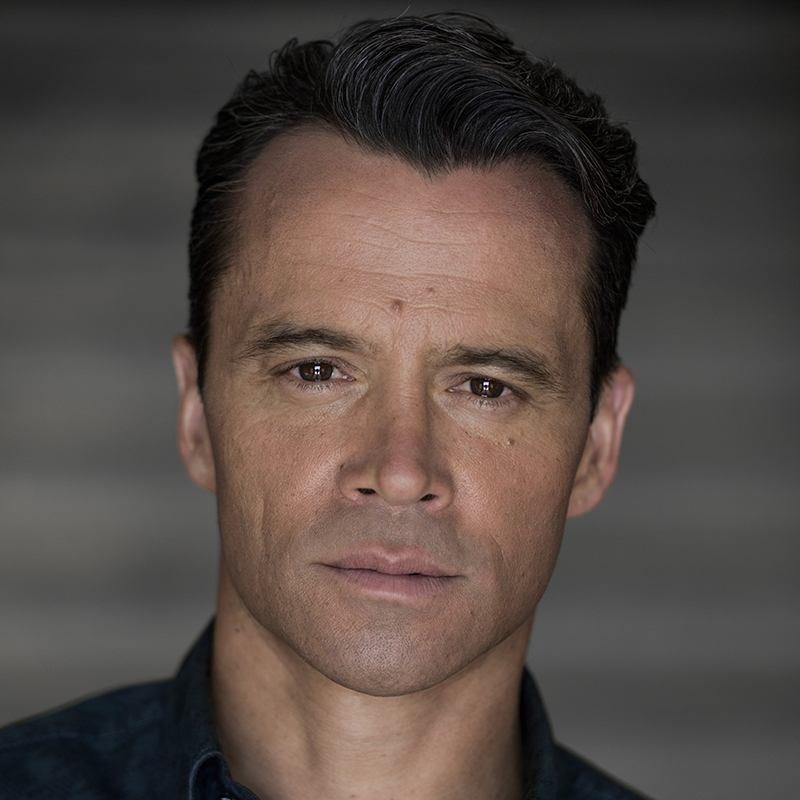 From the floor to the big screen: Damian Walshe-Howling

I remember the scene vividly. He lay motionless on his back. Blood streaming from a number of gunshot wounds. He stares blankly back at us. Lifeless. Dead. The year was 2008 and ‘Underbelly’ was on our TV screens.

Andrew ‘Benji’ Veniamin, aka Damian Walshe-Howling, had been shot in the kitchen of the La Porcella restaurant in Carlton, and we were transfixed. Though the show depicted a dark period of Melbourne’s underworld, ‘Underbelly’ gave light to some stunning performances that birthed many careers.

Damian’s performance life started on the floor as a child, though thankfully under much more delightful circumstances. Curiously playing with marbles in Melbourne’s iconic La Mama and The Pram Factory theatres, as a young boy Damian couldn’t have imagined the wild adventures his creative spirit would take him on.

To look at him he certainly has the clichéd Mediterranean features one might expect from someone of Italian descent, though his surname would suggest otherwise. ‘Walshe-Howling’, far from his mother’s ‘Romanella’, bridged the beautiful union shared by his parents. His father the ‘professore’, of third generation Irish background, found love with Iris, his talented Italian migrant partner. Iris, a wonderfully gifted actress and director with a career spanning decades, serves as a positive influence over Damian’s own love of performance.

“I had a colourful upbringing. Mum’s been a wonderful influence, and Dad has always encouraged us to go after our dreams.”

Damian laughs joyfully, recounting the stories of his parents’ youth. He explains how his mother was bullied at the age of 9 for being a ‘wog’, while learning to box on the streets of Collingwood with her two sisters. “Mine’s an Italian family. You know, ‘an Italian family’”, speaking of the Romanella sisters – “they are my 3 mums, but my Mum is my Mum”.

Damian’s life journey has enabled him to travel to Italy to immerse himself in his mother’s native culture. “I always feel like I go ‘home’ when I go to Italy. Talking with my hands…yeah, I do feel a real affinity with Italy.” He shares tales of a particular trip taken in 1990 with his cousins, in which they returned to their ‘grass roots’. Speaking with him, it’s plainly clear that Damian, irrespective of professional success, remains grounded in what’s truly important in his life: his family and their incredible stories. It’s no surprise that he is such an engaging storyteller, as I listen transfixed to tale after tale. “I come from a storytelling background. As a kid it was so natural”, he clarifies, and explains that he was always immersed in storytelling contexts, between his family’s stories, curiously observing the stories playing out.

Despite his bubbly and vivacious nature, there’s a calm and collected side to Damian. He is poised, thoughtful and contemplative. “Our strengths are the things we play to, too often,” Damian starts. “You’ve got to enjoy what you’re doing.” That’s exactly what he’s doing at the moment. Drawing inspiration from Buddhism and M. Scott Peck’s book, ‘The Road Less Travelled’, and its famous quote “Life is difficult”, Damian remains grounded in reality and focused on hard work. “Life has its challenges. If you can’t start at home, if you can’t give yourself some TLC…” he trails off. “As artists, you’ve got to remember that everything expands and contracts.”

Life may indeed pose its challenges and difficult moments, but 2018 seems to have a great deal of positivity in store for Damian. He has had significant recent success creating his own work, as well as teaching other budding actors. In 2016 he won the Lexus Short Films Series with ‘MESSiAH’, following on from the immense success of ‘Suspended’ (2012) and  ‘Bloody Sweet Hit’, which debuted in 2007. He is enjoying writing, producing and consulting on a number of exciting projects that will hit our screens in 2018.

You never know when he might just pop up…