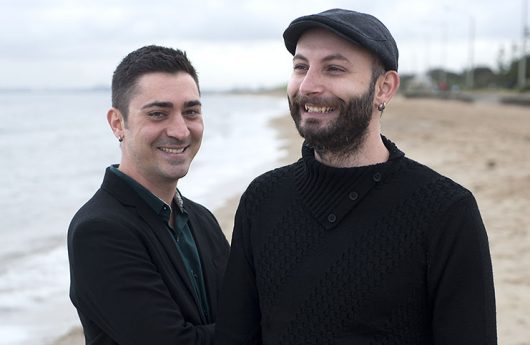 Of the thousands of young Italians that every year ends up in Australia, most of them are destined to be let down. Personal dreams and expectations need to face a sad reality, getting trapped in the vicious circle of humble and casual jobs and no prospects. Hence, a huge army of waiters, dishwashers, farmers and so on, often with a degree.

Even if their desire of redemption is always in store, such jobs can be extremely draining that after a while no more energy is left for their spare time. In such conditions, only the stubborn can survive and hope to build the bright future in Australia.

It is not just a matter of being obstinate and refusing to admit defeat. Having things clear, analysing one’s skills, perhaps scheduling a plan or two and doing it realistically, may open a way to succeed. After all, quoting Lao Tzu, “a journey of a thousand miles begins with a single step.”

If like-minded people share the same plans and ideas and they work together with a common goal, chances are dramatically improved. Step by step, towards the right direction.

This is exactly what happened to the five members of MUSA International, a fruitful cooperative effort that led in July 2016, to the birth of the above project: an agency of cultural promotion and entertainment operating actively in Melbourne and surroundings.

Let us first identify the artistic souls behind the project.

Giovanni Calandro (Nanni) from Aprilia, in Lazio and Alessandro Stellano, from Melito, near Napoli, both professional musicians and musical educators; Paolo Lolicata, from Palazzo Acreide, in Sicilia, actor and fashion designer and his sister Elisa, Management and International Event Coordinator of MUSA International, and from the same town in Sicilia, Maria Samudra Manzone, therapist and performer.

The group was attracted to the rich cultural scene of Melbourne, Victoria with a great desire to integrate. Never forgetting their own origins but putting them into use, when the quintet met spontaneously in September 2015, the creation of MUSA International was just a few months away.

The name “Musa” is the Italian equivalent of muse in English and derives from an ancient Greek word indicating any of the mythological nine young and beautiful ladies, each of who presided over a different art or science. It is the source of the word music; moreover muso is the Australian slang for “musician”.

It is no coincidence that music is the main core of the project, whose services are designed to develop a more distinctive knowledge of the contemporary Italian language and culture.

The multidisciplinary workshops suitable for all ages have so far been set in a variety of cultural and educational centers including schools, Italian clubs and City Councils. They generally involve a variety of topics within music, narrative, multimedia and games. There is no shortage of chants, folktales and anecdotes from ancient times to modernity. Elements of surprise are quite common, like the appearance of a steaming bean soup at the end of a spaghetti western night. In some cases, the events may result in happy congas and full-throated songs.

Other workshops and projects are more active. “Natural tuning”, with a more holistic approach, consists in several styles of meditation and music therapy, while international projects involving Sicilia, under the name “Sicilia Fusion”, are taking off successfully.

MUSA International has the aim to promote the Italian culture and Made in Italy, deconstructing common stereotypes to offer a real insight of the country. They want to fill the gap between the Italian and Italian Australian culture, to build a generational link between the compatriots of the two communities.

Through all of the events and activities, the Italian people have been experiencing a mutual exchange, not merely “service for money” but a social and cultural enrichment.

In Australia, the quintet has discovered the most sold Italian song of all time is still “Ti amo”, by Umberto Tozzi, one that nobody sings in Italy anymore. They unveiled to the large Australian public interesting details, including how the iconic US filmaker Tarantino is fond of Italian music and composers: a quick autopsy of his soundtracks will prove it.

The success of these five Italian guys lies in their capacity to foresee the needs of Melbourne: a vibrant city focused on enriching through culture, its vast and diverse multicultural community. The idea of offering what Melbourne is best at, and having initiative that requires a constant creative endeavour.

Hopefully, this experience can be a source of inspiration for those who want to do more and participate in the process of integration and personal growth in Australia. MUSA International has broken new ground showing that where there is a will with creativity and cooperation there is a way to make dreams come true.