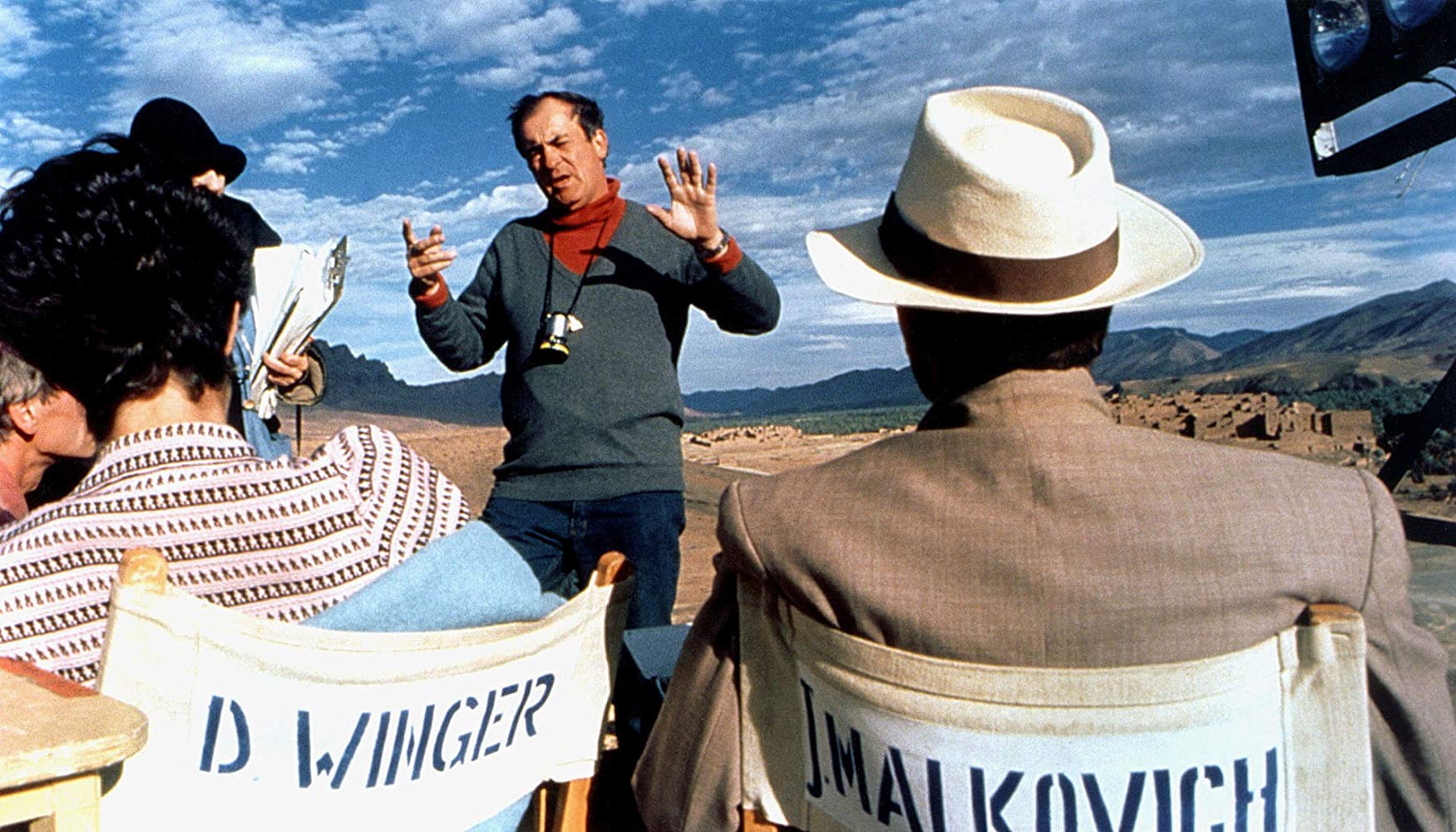 Bernardo Bertolucci’s epic legacy: a homage to an unorthodox filmmaker

I accept all interpretations of my films. The only reality is before the camera. Each film I make is kind of a return to poetry for me, or at least an attempt to create a poem (Bertolucci).

One of cinema’s all-time greats, Italian director Bernardo Bertolucci passed away in Rome three weeks ago, on 26 November. He leaves behind a cinematic legacy like few others, with films that challenge, move, disturb yet engage and whose arguments are confronting yet cerebral, appealing yet puzzling and always, ultimately, unforgettable. Born in Parma in 1941, Bertolucci learnt from one of the best when, as luck would have it, he crossed professional paths with older filmmaker Pier Paolo Pasolini – superbly skilled, impressively prolific; a narrative and thematic poet and provocateur par excellence whose controversial 1964 interpretation of the life and suffering of Christ Il Vangelo secondo Matteo , shot entirely in black and white, is one of his absolute masterpieces, with a violent representation of a lead character fuelled by rage, passion and compassion; the narrative further enhanced by an eclectic soundtrack effectively drawing from African mass, Hebrew songs, and classical strings and oboe through Mozart and Bach – as the latter was filming Accatone (1961). The movie was screened at the Venice Film Festival that same year. Bertolucci would himself serve as President for the Cannes Film Festival Jury in 1990 and was conferred an honorary Palme D’Or for lifetime achievement in 2011.

Working as an assistant to Pasolini would influence and inspire Bertolucci artistically (he also held Luc Godard in high esteem). Bertolucci was catapulted into a career as a filmmaker and later established himself also as an auteur in his own right, directing his first feature; drama-mystery La commare secca – based on a short story by Pasolini – in 1962. With this he embarked on a career that would include a series of major films that gained him worldwide attention and recognition, and which are visually stylish, narratively captivating, and technically precise and flawless. As Bilge Ebiri notes, Bertolucci’s “highly kinetic visual style” is characterised by “elaborate camera moves, meticulous lighting, symbolic use of colour, and inventive editing.”

With plots revolving around the hallmark themes sex, gender and identity, youth versus aging, ideology and contemporary history and politics, Bertolucci wrote himself into cinema history with films like The Conformist (1970), highly controversial and transgressive Last Tango in Paris (1972), which has received both fame and notoriety, praise and heavy criticism – particularly in the wake of the highly reactive global “me-too”-movement , the visually stunning and carefully crafted Stealing Beauty (where beauty operates on a both scenic and physical level – causing admiration and arresting hearts while the beauty of youth is captured against the backdrop of a breathtaking Tuscan landscape and Siena gains visual prominence in the opening title sequence of the film), and the ambitious and self-referential The Dreamers (2003) which in itself is an homage to cinema throughout time and which connects past and present through intersecting real black and white documentary footage. Here, Bertolucci further challenges the viewer in graphic sex scenes, and presents us with erotic images also of the almost incestuously intimate relationship between a brother and a sister.

Also absolutely outstanding are Bertolucci’s epic “faraway movies”: multi-award winning The Last Emperor (1987), The Sheltering Sky (1990), and Little Buddha (1993), which are all set in remote locations: China, North Africa, Nepal and Bhutan, respectively. Geographically closer to home, Bertolucci’s majestic family saga 1900 (its uncut version is a whopping 5 hours and 17 minutes long) takes place in a both northern and southern Italy (Emilia-Romagna, Lombardia, Campagna) impacted and forever transformed by the tumultuous events leading to the rise of fascism under Mussolini and the breakout of the First World War and later also the Second World War. 1900 (1976) is a majestic film that propelled a young Robert de Niro and Gerard Depardieu and, older, Burt Lancaster, and Donald Sutherland (the latter playing one of his most despicable characters) to international stardom. The film ambitiously spans across time and place, initially connecting then separating families, and allowing distrust, betrayal and violence to seep in, disrupting the Italian idyll forever.

With this year’s Melbourne Lavazza Italian Film Festival screening, e.g., Paolo Sorrentino’s most recent film Loro (2018), it is easy to draw parallels between the stunning visual imagery and the extravagant party scenes in both Loro and La Grande Bellezza (The Great Beauty, 2013), and Bertolucci’s Stealing Beauty – which moves from intimate to sophisticatedly grandiose in a few swift camera movements and carefully arranged scenes. Sorrentino’s influence from Bertolucci becomes evident. Calling him a “great maestro”, Sorrentino has said of his fellow compatriot that:

He was an extremely curious man, sweet and sincere, cultured and unpredictable, and, I repeat, frighteningly intelligent. His was a free and razor-sharp intelligence, like that of a great jazz musician. He knew how to make people feel welcome, even the silly and the indolent. He would not fight them, but would study them.

It is Bertolucci’s keen observational skills, careful attention to detail, great research skills, fascination with the subject matter, and ability to guide his actors and have them aptly inhabit their given characters, combined with the director’s great sense of aesthetics and appreciation for beauty in both its human and earthly form while at the same time he does not shy away from representing the dark and ugly aspects of history and reality, which makes his cinema so ground-breaking; standing the test of time. Re-watching his films in a year that marks the end of his long career, one is hit by the absolute talent of this filmmaker. The 77-year-old cineaste now gone, he has left a legacy where his films speak for themselves, and where other contemporary filmmakers have a lot to learn from him, about the magic and grandeur of cinema as both a medium and an art form.

Prima della rivoluzione (Before the Revolution, 1964)