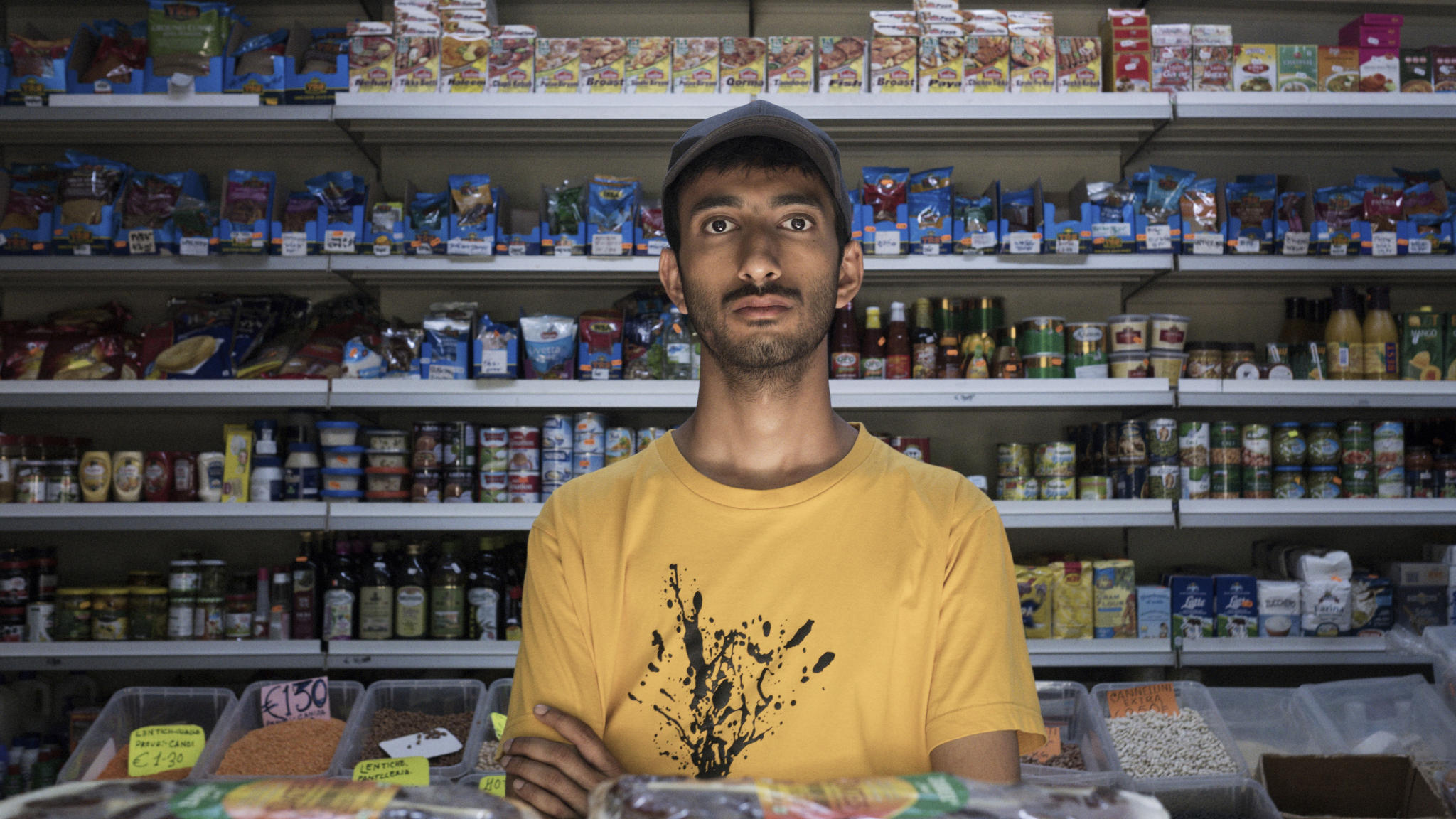 Feel good movie Bangla, with high audience ratings and awarded a Nastro d’Argento for best comedy in 2019, is light-hearted while at the same time it delivers an important social and political message. (Photo published by the IFFR, 2019 https://iffr.com/en/persons/phaim-bhuiyan)

The film focuses on the youth and Italians of mixed racial heritage – specifically the Bangladeshi community in the culturally diverse and densely populated Torpignattara neighbourhood in Rome  ̶  as contemporary messengers of hope at a time when Italy is experiencing the arrival of new waves of refugees and migrants, triggering growing populism, nationalism, and the rise to power of controversial right-wing leaders like current Deputy Prime Minister Matteo Salvini and the like.

This first feature film by young Bangladeshi-Italian filmmaker Phaim Bhuiyan (born 1995) is timely and relevant and well deserving of its media attention. Having co-directed La profezia dell’armadillo (2018), TV series Yoroi (2017), and Io el il marziano (2017), Bhuiyan now takes the narrative solely into his own hands, both directing and writing the screenplay for his Italian/migrant modern love story. With Bangla, first screened at the International Film Festival in Rotterdam (IFFR, 2019) and shot in Bengali and Italian, Bhuiyan weaves autobiographical elements into his narrative when he merges reality and fiction, introducing us to a middle-aged Bangladeshi immigrant couple in Rome and their all the more Italianised second-generation 22-year-old son Phaim. The filmmaker’s namesake, Phaim navigates both worlds  ̶  with one foot in each culture. At once anchored in the Muslim tradition through his comparatively culturally conservative parents, and at once fully integrated in the Italian way of life, Phaim is fluent in Italian and culturally experienced and savvy  ̶  at home on the streets of Rome and familiar with the ins and outs of the city.

Our main character is initially introduced to us in a pizza-delivering dream sequence. One day rolls into another, work is monotonous until he unexpectedly meets young Italian woman Asia (her name itself symbolic of cultural mix and diversity). As they connect across cultures and fall in love, parental expectations for Phaim to meet and marry a Muslim woman from his own ethnic community clash with his blossoming relationship with a non-Muslim woman (a number of reviews doggedly focus on Phaim’s inner conflict at the realisation that he is not able to have sex before the wedding night, but the film is less shallow than that). A number of twists and turns later, and to the accompaniment of suitably easy and flowy music, Phaim has after losing the girl won her over again, and in the very last scene we see them tenderly kissing on her bed in the parental home – her Italian father surprisingly at ease with the young man entering the daughter’s bedroom (he even respectfully closes the door behind them, allowing them to enjoy a moment of privacy).

Bhuyian’s feature debut takes us on a journey into an Italian cityscape where people and cultures meet with all the challenges that come with it. The Torpignattara neighbourhood being home to “three ‘tribes of people: elder Italians, migrants and hipsters” as explained by the director, it has been described in an article as a “borough” likened to a “frontier, where the aroma of lasagne fades seamlessly into the scent of curry” (Michele Bertelli, Al Jazeera features, 26 June 2019).

The film paints an accurate picture of multi-ethnic Rome and Italy today: home to a large foreign diaspora and with many different community groups adding their own special spice and colour to the once more monocultural city and nation. Although the movie does not shy away from the difficulties that arise when such inherently different cultures (subcontinental Asia, including 39,000 Bangladeshis in Rome, with Europe) meet within an Italian social and political framework, its young protagonists prove to us that it is quite possible to challenge the status quo and establish a productive dialogue between people of different races, backgrounds and colours. This appealing but ultimately forgettable comedy about themes that are sometimes seen as troubling and vexing, injects new life blood into stale thinking and conservatism and successfully gets its multicultural message across to the viewer.