Max Gazzé, a top Italian singer-songwriter with an ironic vein

AN EXCLUSIVE INTERVIEW TO SEGMENTO If all roads lead to Rome, then all roads lead to Max Gazzè. Having just returned from a successful world tour to promote his album Maximilian which included cities such as Los Angeles and Tokyo, the Roman artist has certainly broadened his already loyal fan following.

Gazzè is a true musician that continues the genius of his predecessors from the golden era of Italian pop music–that of the 1960’s and 1970’s, but with an infusion of ‘80’s punk and New Wave. A true musician doesn’t only sing, but is also a poet, storyteller and magician. Why a magician? Because good music magically touches our souls and enters our being thus becoming part of our life story. Una musica puo’ fare is the title of one of Gazzè’s hits and in fact music can do what other art forms hardly can.

Gazzè’s most recent hit Teresa, speaks of a breakup between a man and woman, something that everyone can relate to. The last words of the song poignantly describe the ending of a relationship: ‘Tu non ti abbandonare, non ti lasciare andare, devi solo maturare un po’, ma fallo per favore senza me’ (Don’t abandon yourself, don’t let yourself go, you just need to mature a bit, but please do it without me). Like all his songs, Teresa has an intense beat that even without the presence of lyrics speaks volumes on its own.

I caught up with Max to discuss his musical talent and to get an insight into his creative process:

BN: How did music enter your life? I have read that at six years of age you started playing the piano!

MG: Yes, we had a piano in our living room at home; for us children it was more of a toy than a musical instrument in those days. Then, as a teenager it was time for the guitar – a much loved instrument for young people because of its ability to bring

BN: Which musicians have inspired your music? Your sound is unique.

MG: The music I listened to in my twenties and the music I still love now is probably the music that has left a mark on my musical style. Music from artists such as: The Police, Arcade Fire, New Order, but also solo artists such as Peter Gabriel, David Bowie and PJ Harvey. In Brussels, London and Paris, where I played in clubs in my twenties we played our own music but in the style of these artists that inspire me, a bit punk and a bit New Wave.

BN: Your brother Francesco is also a songwriter and composer and writes with you. I have noticed that the lyrics of your songs are very poetic and have a subtext, especially the much loved song Sotto Casa. I love the line ‘Possa la bontà del vostro cuore riscoprire che la verità si cela spesso dentro una persona sola’. What is the song about?

MG: I think that this song is lost in translation. ‘Sotto Casa’ is an ironic song, very much ironic. The person that knocks at the door–bussa alla porta–is a door to door preacher, a type of mobile salesman of religion; the whole song is a send up of these preachers of the Apocalypse, people who are a bit ambiguous and a bit dumb, which is becoming more prevalent in today’s society.

In general however, in relation to the lyrics, the seeking of a melody and words are a characteristic of our way of working together (Francesco and I). The search is not only about the appropriateness of the lyrics or their elegance or if not above all else, their sound. I love that by the sound of a word, the sequence of sounds in a verse and the direction of the verse itself, you create a dialogue. This dialogue doesn’t necessarily form from the presence of continuity.

BN: When you started performing in Rome in 1991, was it difficult to make your musical dreams come true in Italy? Did you come across any difficulties there and what was your defining moment when you found success in Italy?

MG: The early nineties was a time of great musical fermentation in Italy but also a time of major musical experimentation. It was a time where it was easy to meet people to play with even if you didn’t know them at first. In this period, some great artists emerged whom I love and with whom I shared debuts. They have become great friends, artists such as: Carmen Consoli, Alex Britti, Daniele Silvestri, Niccolo’ Fabi, Subsonica, Marlene Kuntz, CSI, just to name a few.

BN: I also love your music video–especially a recent one with the song Ti sembra normale. Where did you get the ideas for your videos?

MG: I love the cinema, I was brought up in the cult of Monty Python and in my videos I love to insert an essence of irony, even if it goes against the lyrics of the song. It has to do with something deep inside of me: I write serious lyrics but I am never serious, I’m ironic without being a clown, I hope!

I love the ironic films of Terry Gilliam and Fellini and in my videos I try to repeat those settings, those stylistic figures, trying to make every video a short film.

(Note: In fact, Gazzè’s social media accounts attest to his ironic vein. He regularly uploads improvised short skits of himself and his crew, which never disappoint!)

BN: Thank you Max for your time and all the best for your future endeavours!

A special thanks to Marcella Chiummo from OTR Live for making this interview possible.

We hope to see Max Gazze’ in Australia sometime soon but in the meantime, you can connect with him via his social media pages: 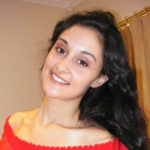 Bernadette November
Bernadette Novembre is a 33 year old writer and singer from Melbourne. She studied a Bachelor of Arts at La Trobe University majoring in English Literature and History. She has a passion for music, especially Italian music. Her favourite artists include Domenico Modugno, Mina and Max Gazze'. Her other passion is travel and says that Rome is her most favourite place in the world.
Follow this author
stay with us