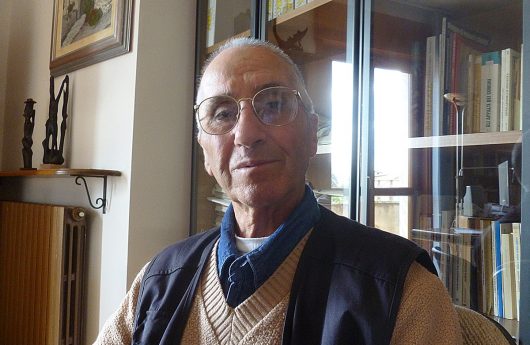 A future in their past - part 6

In 1974, after 14 years in Australia, Signor Gino Milano, a native of Marsicovetere in the Basilicata region of Southern Italy, decided enough was enough, and with two Australian born children in tow, decided to return to his native village.

It was a choice he made, he explained, because despite his relative success at finding work in various industries, Australia simply didn’t offer him the lifestyle he had craved and expected, and he wanted to return while his children were still young enough to go to school in Italy.

“Abbiamo sgobbato, poveri noi, figli di mamma”, he told me. (We worked hard, all of us poor sons of mothers). “Lavoravo di notte. E di giorno cercavo altro lavoro. In Australia, per guadagnarti una casa ci dovevi rimettere sangue”. (I worked at night and sought other work in the daytime. In Australia, you had to literally spill blood to be able to afford a house).

A lively and very forthright man now somewhere in his seventies, Signor Milano, made a point of demonstrating his passion for and the significance of, the English language, by making frequent references to the phrases he most employed during his time in Australia. In addition, not surprisingly they were largely to do with seeking employment, finding accommodation and living day to day to day to day.

“L’Australia era piacevole”, he told me repeatedly. (Australia was very pleasant). But it was however a pleasantness tempered with struggles to find employment, often made all the more frustrating by the general distrust many locals had of migrants. This distrust, according to Signor Milano was mainly predicated on the belief that migrants were out to take work away from the local, Anglo-Saxon citizen.

Signor Milano told of one particular Scottish foreman who constantly sought to give him the very worst of jobs within the company for whom he was working at the time. “Aggiungi questo al più brutto lavoro”, he recalled overhearing. “Litigavo sempre. C’era un anziano australiano che mi rimproverava ad ogni opportunità, anche quando non me lo meritavo”. (Give this one the very worst job. I was constantly bickering. There was one elderly Australian man who told me off at every opportunity, even when I didn’t deserve it).

However, like so many of the people I had the pleasure of meeting, resilience was part of Signor Milano’s constitution. He forged a very productive life in Australia against the many sometimes oppressive odds that included a minimal grasp of the local language, little formal education, and only a small circle of friends and paesani who understood and related to the challenges faced by likewise migrants.

With his wife also working, and their paths often only crossing briefly when one was returning and other leaving for work or in search of same, Signor Milano managed to build a home and pay it off in 4 years, get his driver’s licence, and move from fairly menial work at General Motors Holden (GMH), to doing some quite precise technical work for CIG, all the while proving to his employees that he was both a quick learner and a reliable worker.

“You is good worker, Mr Milano,” he told me proudly in English of his varied employers oft repeated opinion of him. “You is very good worker.”

Signor Milano readily admits that Australia gave him opportunities that would not have come his way in Italy, or if they had, would have proven much more difficult in realising. His own parents even made the trip out to Australia, ostensibly with a view to perhaps staying, but they couldn’t adjust to the lifestyle and went back to Italy after an unspecified short period of time.

Ultimately though it was a realisation that in order for his family to maintain the lifestyle they were developing in Australia, both he and his wife would have to keep working indefinitely, that made up his mind to leave. It would not be enough for him alone to work and carry the family forward toward a sistemazione, so often quoted by migrants as the reason why they had left Italy behind in the first instance.

“Allora mi sono detto, se questa è l’Australia, allora no!” he gushed. (If this indeed is what Australia is all about, then no-it’s not for me.) And on what Signor Milano said, it was really a whim that he decided to pack up his still young children and move with them back to Italy. When asked how his Australian born children took to this sudden change in circumstance and location, Signor Milano was rather coy, and all he offered was, “L’Australia era bella. I ragazzi hanno pensato chissá quali opportunitá avrebbero potuto avere se saremmo rimasti lí. Ma non sanno che da tutte le parti c’è il male e il bene”. (Australia was beautiful. My children have asked themselves, who knows what might have been had we stayed in Australia. However, what they don’t realise is that there is good and bad everywhere).

Signor Milano’s most telling comment perhaps was his parting one to me. “Io però non mi sono pentito mai”. (Personally, I have never regretted my decision) Though whether he meant to go to Australia or to leave it after 14 years…or indeed, both, he didn’t elaborate upon.