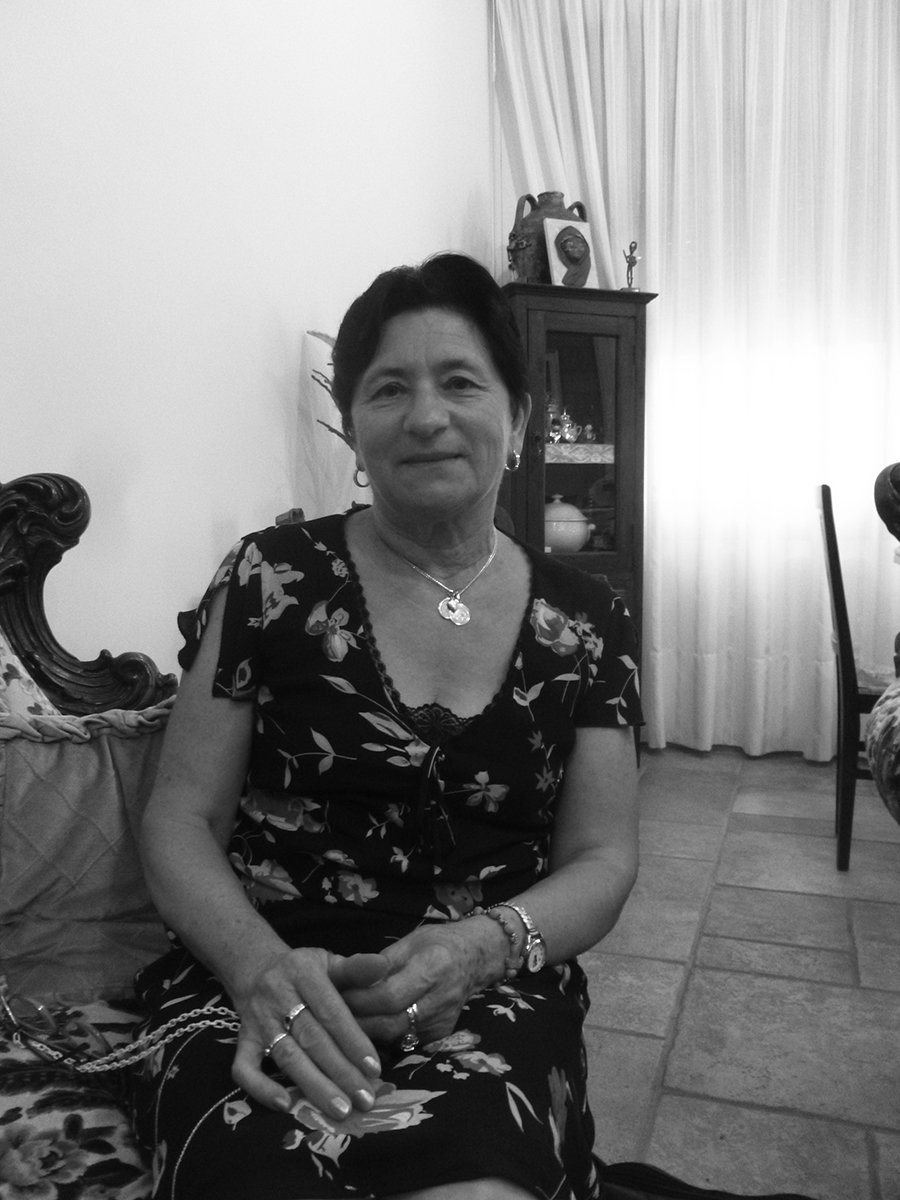 Immigration stories are important. Some give a voice to those who found a sense of freedom in Australia that they never enjoyed in their native country. One such story belongs to Giuseppina Liuzzi, originally from Montemurro, and now a citizen of Australia.

She was visiting her birthplace as a ‘returning tourist’ when we arranged to meet.

In the early 1960’s Giuseppina Liuzzi’s father left the southern Italian village of Montemurro for Australia, seeking a better life for himself and his family. He left behind a wife, two daughters and two sons. By 1967 he had established himself enough to send for his family to join him.

‘To my father, Australia was marvellous.’ Mrs Liuzzi tells me over coffee on a family member’s property just outside of Montemurro. ‘To him, Australia offered opportunities that weren’t possible in Italy at that time. There was still a certain melancholy here after the war, and certainly not enough work. In Australia, though, my father found work and was able to improve our family situation.’

Yet when the time came for the entire family to relocate to the other side of the world, Giuseppina was already married and had started to lay down roots of her own, alongside her new husband, who had found work as a bricklayer.

‘Everyone left,’ she continues. ‘and we stayed. My husband had a job, and we didn’t want for anything. We didn’t have the economic need to leave everything we knew to go so far away, even though my family was there.’

She explains that Australia was never attractive for her or her husband, that while she missed her immediate family she saw merit in making a life where she was.

But for a catastrophic act of Mather Nature, Giuseppina Liuzzi might have never even set foot in Australia. When the catastrophic earthquake hit in the Italian winter of 1980, Giuseppina and her family, which by then included three children, found themselves living in their car, as authorities struggled to understand the sheer extent of the disaster.

‘It was a dire time’, she recalls. The Italian government began to pay for families to migrate to Australia while their towns and villages were being assessed and made safe, but a local official refused to sign the necessary documents on the family’s behalf. An old feud had reared its ugly head according to Giuseppina, though she discreetly refuses to elaborate.

‘Schools were closed, people lived wherever they could.’ Mrs Liuzzi remembers of that difficult time. ‘We decided that we’d go, with or without the government’s help. Even if just for a change of scenery after the earthquake, and to see my family and my parents again.’

And so the family arrived in Australia under their own steam, with the intention of perhaps feeling their way and seeing what might eventuate. As it happened, family friends were able to get work for both Mrs Liuzzi and her husband, and they very quickly saw the potential to save enough money to return to Montemurro and rebuild their lives.

However, just over a year after arriving, Giuseppina’s husband suffered a serious car accident and could not work as he had.

‘Our children needed to find part-time work,’ Mrs Liuzzi says softly. ‘There was no other option.’ By then her own children had grown and developed their own lives in Australia, just as she herself had done all those years before, when her parents and siblings had left Italy.

At this point, Giuseppina observes that, ‘it was obvious that although our children may have returned to Italy, it wasn’t for them anymore and they’d never have stayed. These villages of ours are beautiful places to visit, but my son always says that there is freedom in Australia. My children come to visit the village, but village life isn’t for us anymore. People here say “Lucky you! Australia is marvellous!” and it’s true. Australia has come a long way since we got there in the 1980s.’

It’s no surprise then, that Giuseppina and her children, along with their own growing families, return time and time again to Montemurro, because as she told me, Italy and the village in particular, are a cornerstone in all their lives. It is where all of their stories began.

‘I’ve never regretted it,’ she assures me, and I believe her, especially when she speaks so proudly of what that first decision meant for the future of her children. And with the relative ease of travel now, Australia doesn’t seem as far away, or as foreign as it once did, and the families are not as distant from one another as they were when Mrs Liuzzi’s father first set out on that journey of hope across the vast seas.