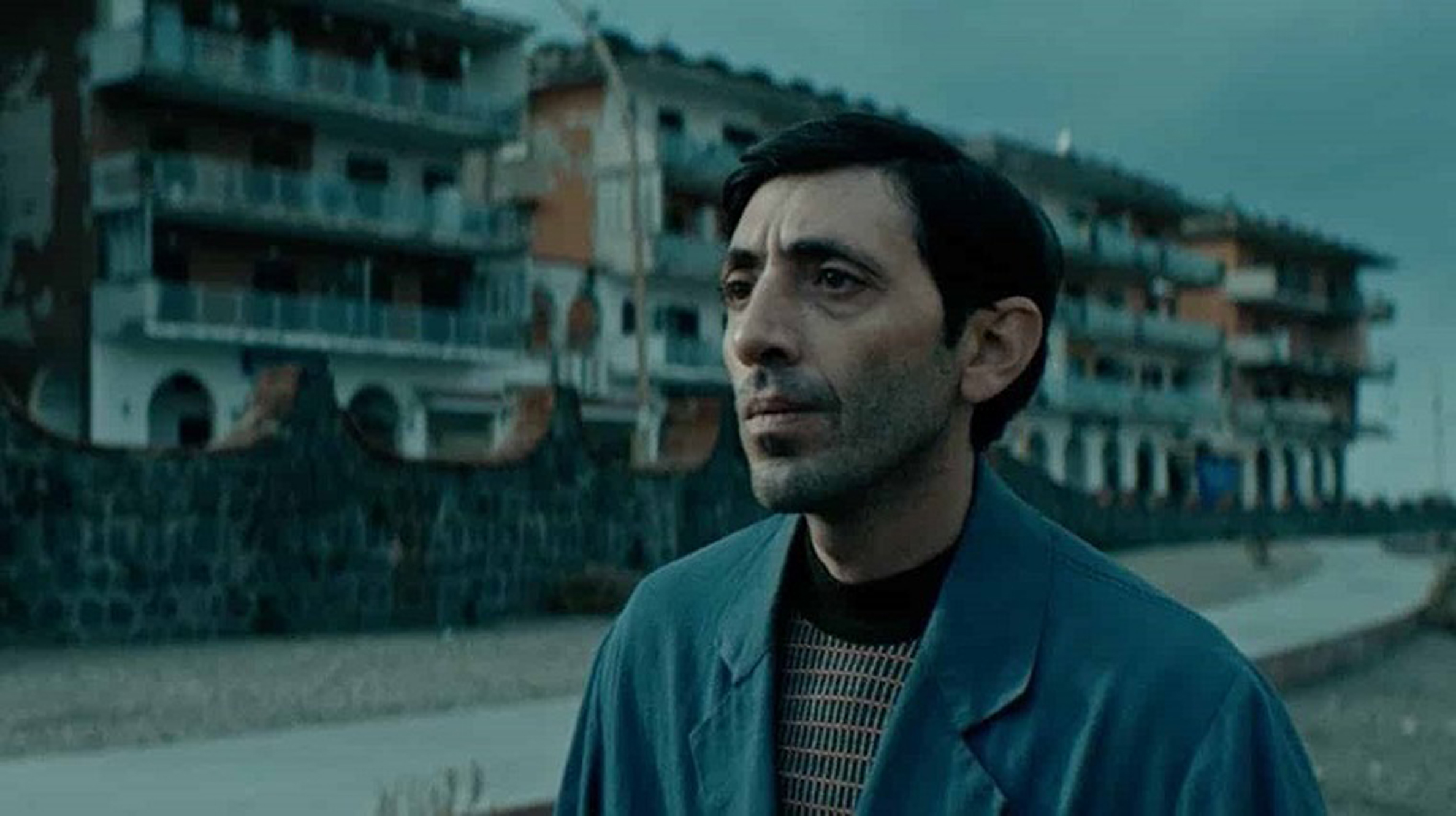 Attention-grabbing and non-conventional Dogman (2018) by Matteo Garrone is one of the films included under Special Presentations in this year’s Lavazza Italian Film Festival, and rightly so.

Winner of a Cannes Award for Best Actor  ̶ awarded Marcello Fonte for his performance starring as a character with the same name - Garrone’s film is sleek, rich in noir-like images presented in muted and drab colour schemes, with external scenes from a location in southern Italy that often seems as if taken from a poster-like, still Edward Hopper-painting - screened images that are equally flat and void of depth.  Set in a desolate no-man’s-land in the outskirts of Naples, or what Deborah Young calls “Gomorrah country” or the “Camorra-ridden hinterlands around Naples” , Dogman follows the (low)life of odd-looking but kind-hearted antihero turned involuntary criminal Marcello   ̶ superbly played by Fonte whose often expressionless poker face reflects a downtrodden man’s quiet resilience in the face of sudden adversity   ̶ and there are plenty of things that go wrong in his life. Marcello gets by as a dog groomer and accommodates a number of cherished pets in his own home; a makeshift space shared by dogs and a caretaking Marcello in equal measure. The roll-up aluminium door that temporarily shelters Marcello and animals from any potential threat from outside   ̶ with hostility lurking in the shadows outside  ̶ separates his humble hovel of a home where dark puddles fill the clayey cavities in the ground outside the shabby houses in this area of town, from the fancier looking buildings envisaged along the horizon only a stone’s throw away. Opposite Marcello’s tiny and rather scruffy looking abode in this non-descript place, buzzing cars smoothly make their way through the street, zigzagging their way around the corner while headed for some undefined destination.

Almost femininely doe-eyed although in a rather unappealing sense, naïve-looking 40-something Marcello (Fonte’s angular face lends itself perfectly to a character who seems to have stepped out of a cubistic Picasso painting)  is a scrawny and sinewy little man who goes about his days harmlessly enough until we realise he is being taken advantage of by criminal brutes in the neighbourhood, time and time again, and that he gets personally dragged into their shady business. Every time they approach him he ends up offering a sense of relief to a precarious situation. His own life uncertain enough, Marcello is initially thrown into trouble when in one of the very first scenes of the movie a couple of unscrupulous criminals force Marcello to act as driver as they brutally ransack an apartment in one of the fancier areas of town then quickly head back to where they came from, after having effectively shut the family pet up by stuffing it into the freezer and leaving it there. Bragging about their cruel “feat”, the thugs soon let Marcello in on their secret. He later returns alone, scaling facades to reach the apartment reduced to a chaotic state, finds the tiny dog stiff in the freezer (a collective gasp is heard through the audience as we witness this absurd chain of events), thaws it up and in a matter of seconds skilfully manages to nurse it back to life while whispering sweet nothings into the dog’s ears.

An odd-looking man who tries to get by on his own terms, Marcello is portrayed as a solitary individual, seemingly destined to live alone without a family of his own. His life is lead in what comes across as a surreal parallel universe to the vibrant, happening Italy that often forms the backdrop to contemporary narratives depicting Italian towns and cities as dynamic and full of life and often focusing on the tourist aspects of the country today. And yet, it turns out Marcello has produced an offspring after all: into Garrone’s unconventional narrative steps Marcello’s young daughter, fruit of his previous relationship with a woman depicted only in passing. While Garrone chooses only to momentarily linger on the relationship between father and daughter, it is clear the two enjoy a close bond and that Marcello makes the most of every moment spent with his child of whom he shares custody. Their effortless interaction forms a subplot running parallel to the main story although in the bigger scheme of things this secondary narrative could possibly have been done away with altogether. In saying that, it adds a sense of tenderness to a film where the males stepping forth as Marcello’s “mates” are portrayed as depthless and rather comical stock characters. The scene where Marcello nurses injured brute Simone - a heartless and manipulative man played by a superb Edoardo Pesce who is here again cast in a role where his character displays a number of unappealing traits - at Simone’s mother’s home after he has been shot by a passing-by driver in full flight, is priceless and wildly entertaining. The elderly Italian woman initially expresses concern for her Hulk-look-alike son but when she discovers Simone is still engaged in cocaine-sniffing habits she explodes and delivers a series of scolding remarks, her maternal tenderness gone in an instance. Stereotypically represented, the woman effectively symbolises the epitome of the Italian “mama”, filled with compassion for her son only to in the next moment explode in a fit of rage when she learns of his drug wheeling and dealing and feels that he has betrayed her trust.

The story unfolds quickly, each scene captivates, and the shots are cinematographically stylish and oddly appealing. Marcello is taken on a shaky journey from a safe and predictable everyday existence where he is appreciated by pet-owning clients who stream into the premises and leave their furry friends in his care, to a sudden situation where he finds himself an involuntary accomplice to crime. Serving a one-year prison sentence after refusing to turn Simone in after the latter has violently broken into a neighbouring store, using Marcello to assist him, Marcello returns to his dilapidated home a changed man by the look of it. The narrative turns from here, with Marcello cleverly gaining the upper hand in his toxic friendship with Simone and taking his sweet revenge in response to past injustices. In scenes that seem to borrow elements from both Kill Bill (2003 and 2004) and No Country for Old Men (2007), Marcello drags a fallen Goliath into the vast nothingness that is the abstract shooting location in Garrone’s film. And yet, the men’s almost symbiotic relationship again becomes apparent in final scenes where Marcello returns to his neighbourhood bringing severely scorched burn victim Simone with him as a trophy in the hope that he may gain respect from neighbours who have all turned on him.

An open-ended dark tale finishes here. The film is hopeless in feel with final images drenched in equally drab colours as those in the opening scenes. A circular narrative provides us with no conclusions as we witness how Marcello is now both physically isolated and psychologically alienated and ostracized by members of his local community. And still, the lingering sense of despair which Marcello himself seems to accept stoically and in a matter of fact manner, perfectly summarises Garrone’s  successful return to noir in a film shot in 2018.

[1] Young, D. (2018, May 17). The thirst formoney destroys even the best in a modern fable set in Gomorrah country.Retrieved from https://www.hollywoodreporter.com/review/dogman-1112738 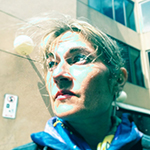