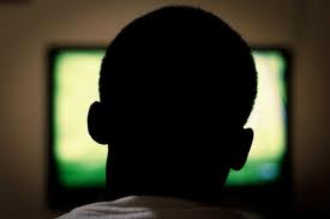 The mischievous side of the technological progress

Migration has always occurred in human history as a result of what can be described as either a ‘push’ or ‘pull’ movement of people. If one considers the great shifts to or from the Western world, the first happened across the 4th and 5th century after Christ and it was a ‘push’, with hordes of people invading the Roman Empire and eventually causing its fall.

The second, also from East to West, took place from the 17th to the 19th century when white slavers, usually with the complicity of tribal chiefs, caught and transported Africans to the Caribbean and the southern United States. In that case, the main moving force was the ‘pull’ of profitability.

In the third major migratory wave peaking between the end of the 19th century and the start of the 20th, Europeans – amongst whom millions of Italians – settled North America. They were pushed by repeated periods of agricultural depression and partly natural calamities such as the Irish famine.

Migration in Europe since World War II has been too chaotic for a dominant trend to be discerned. Two of the early streams of Turks to Germany and Arabs to France, were mostly responses to the full employment opportunities in western Europe and were fully agreed to by the host countries. The flight from Soviet Russia and its satellites to the West was more due to what has come to be called “asylum seeking” than to economic calculus.

Today’s most migrants to Europe and Australia are of the ‘push’ kind and are divided into two categories. One enters the destination country with a regular visa. They come as students, tourists, relatives of residents and for other genuine reasons and false pretexts. Once their visa has expired, they overstay it and become ‘illegal’ while those who fall under the second category arrive ‘illegally’, usually by sea, and are considered belonging to the more threatening and unacceptable of the two categories.

The hard-nosed majority of most European countries and Australia, while less vocal than the human rights championing minority who speak from the ethical pulpit, are more and more upset to find that they and their government have so little say in deciding how many non-natives, and of what kind, come and settle in their country.

The main cause of this ‘push’ of stacks of migrants towards Western countries, is said to be the occurrence of wars that are lacerating their lives in their native countries and in some cases, like Syria’s, it is true. Yet the vast majority are driven by the effects of the world-wide expansion of communications and above all television. There are now countless millions of people in the poorest regions of earth who can watch on television images of universal comfort and abundance of the industrialised societies. Probably never before in pre-television ages the gap between the affluence ‘over there’ and the abject poverty ‘over here’ has been as sharply and as widely perceived as it is today.

It is not too fanciful to conclude that if it had not been for television, poverty and hopelessness would not be so painfully pushing some of the best people of Africa and the Middle East to force their way into the more prosperous reality western people have built for themselves over the centuries. We cannot even imagine what Internet – when it will become easily accessible across the whole world – will add to the effects of television. It’s the mischievous side of the extraordinary technological progress achieved in the West. 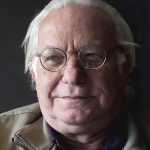 Ivano Ercole
Ivano Ercole is an Italian-born journalist and writer who has spent most of his adult life in Australia. He worked for ten years as a radio broadcaster at SBS in Melbourne and until 2012 he was the director of an Italian radio network in Australia. He has written many newspaper articles on Italian and Australian cultural matters and a few books on the history of Italian immigration in Australia.
Follow this author
previous post
stay with us