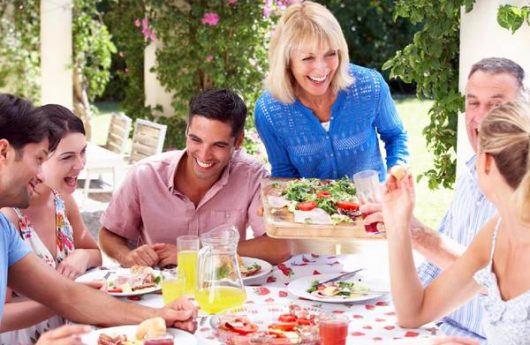 WHAT IS IT ABOUT ITALIANS AND FOOD? Italians are the only culture I know whose conversation during a meal, is about what their next meal will be.

In detail. I once worked with a team of people who would begin every day with a conversation about what they had for dinner the night before and how they had cooked it. In detail. Shortly after I moved into my apartment in Rome I came across a group of my neighbours gathered at the entrance to my building, having what looked like a heated argument. As I got closer and could hear them, I realised that they were disagreeing about the best way to prepare mozzarella in carrozza, a fried cheese sandwich.

When I lived in Italy, I discovered that if I wanted to get a group of people to talk to me about their work issues, I first had to eat with them, or talk about food with them. Once we had established that food was as important to me as it was to them, that I would take time to eat, share and digest it with them, then they could relate to me, then they could trust me, and other things could be shared and digested.

In contrast, when my Italian husband started his job in Melbourne, he missed out on having lunch the first few days.

“Why aren’t you having lunch?”, I enquired.

“I can’t work out when it’s lunchtime. No one leaves their desk to eat”.

When I first arrived in Italy, I remember proudly explaining to my new Roman friends how I could eat food from a different nationality every night for a month if I wanted to, in my hometown of Melbourne. They were unimpressed.

“That’s because you’ve only been a country for 200 years. It’s not long enough to have your own cuisine”, I was told.

I remember thinking it was odd that nearly every restaurant in Rome had a similar menu, the same few dishes that only changed when the seasons changed. How could seasons dictate food I wondered, when you can get produce all year round, picked before its ripened and driven down from Queensland in a refrigerated truck, or from the frozen section in your supermarket? Then I tasted a sun ripened tomato. From a local market.

A long time later, after living for 17 years in Rome, I was no longer impressed by or chasing the latest trend in food. I was looking forward to eating what I knew would be on the menu, what had been perfected over decades (sometimes centuries) by the one family, based on local and seasonal ingredients, and what could be relied on as being better than anything I could get at home. A big challenge given that most home chefs have been perfecting similar recipes for decades too.

I learnt also that Italians do believe in ‘food miles’ but instead of expecting the food to travel to them, they travel to it. My Italian friends would think nothing of driving for two hours to get to a restaurant they particularly wanted to sample, or driving forty minutes out of their way on the way home to pick up a particular type of cheese, or when they wanted more variety driving to a another town to sample their version of Amatriciana, a type of pasta sauce made from tomatoes, pork and a hint of chilli.

Bronte is a Social Anthropologist, and author of “Roman Daze – La Dolce Vita for all seasons” (Melbourne Books). Currently living in Melbourne she spent 17 years living and working in Rome with the United Nations. 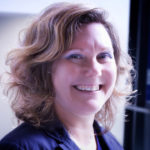 Bronte Dee Jackson
Bronté Jackson lived and worked in Rome for seventeen years. Originally from Melbourne, she wrote stories regularly, and recorded her insights of life around her, from the age of eight. She won third place in the Rome Short Story Competition in 2010 and was published in ‘Seven Stories of Rome’. She regularly writes stories for her blog brontejackson.com about life in Rome and was selected to be part of the top ten in the Ultimate Rome Blogger List 2011 on Easy Jet Website. Her unpublished manuscript, ‘Roman Daze’, received a ‘First Commendation’ in the IP picks Australian national writing competition in 2012 for best creative non-fiction. Bronté’s book ‘Roman Daze – La Dolce Vita for all Seasons’ was published by Melbourne Books in 2014. Bronte returned to live in Melbourne in 2011. She holds a degree in Social Anthropology and a Master’s degree in Business Administration (MBA).
Follow this author
stay with us