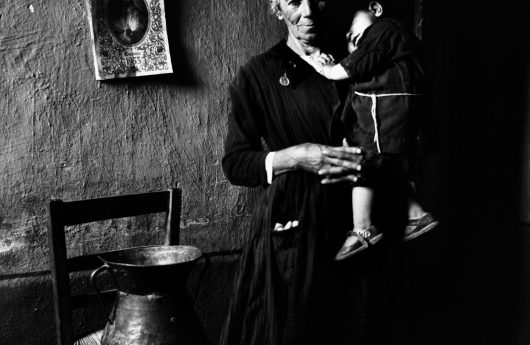 Connecting present with the forgotten past

An Italian filmmaker has brought back to life the stories of migrants from Molise through a series of photos shot sixty years ago. How many of us have ancestry from more than one country? Most. Maybe all.

How many of us know the stories of why these ancestors took the decision to travel, and how they fared during their travels? Few. Possibly none of us. Learning our own histories is time-consuming. It needs a certain talent. And anyway, how can we know our past when our ancestors didn’t pass the stories on to us? But do we just throw up our hands in defeat, or is there something more important to hold onto?

Filmmaker Agapito Di Pilla has taken it upon himself to follow the journeys and stories of three generations of people who started to travel from one small village in the 1950s, some of them setting up home in Australia and others in Canada, Argentina and the UK.

Their story starts with Frank Monaco, born in 1917 in the USA, his parents had travelled there from the village of Cantalupo nel Sannio in Molise in deepest central Italy. Like so many first generation children Monaco grew up in a household that might as well have been transported directly from Italy, such was the nature of the food, faith, language and custom that he lived everyday. Monaco seized the chance to visit his ancestral village when he found himself posted to central Italy in WWII – setting out from Rome to make a journey into the unknown rural lands of Molise. It took Monaco moments to decide to return as soon as he was decommissioned from the Army.

During his visits over the next few years he developed close relationships with family and friends, and gradually, built up an extraordinary body of photographic images, capturing a pivotal moment of change between the old way of life and its metamorphosis to our today of automation, communication and consumption. What distinguished Monaco’s works even more, was that almost all his subjects were female, a consequence of the loss of life during WWII and the need for men to migrate to find gainful employment resulting in entire communities populated only by women and children.

Agapito Di Pilla felt that he had tapped a vital seam between the past and the present when he discovered Monaco’s works: he immediately curated an exhibition in the town of Machiagodena near Cantalupo, positioning the works of Monaco alongside Mario Giacomelli’s iconic images in order to raise awareness that the modest, everyday life of rural Molise in fact held an illustrious position in the important canon of photography in Italy.

But when visitors came to the exhibition, something unexpected happened: Agapito Di Pilla found himself watching the visitors become awestruck as, one by one, they started to piece together the names and stories of the people whose lives had become captured in time, sixty years previously in the images of Frank Monaco. Agapito undertook to close the historical gap by tracking down the people in the photographs sixty years later, and in his film ‘Women of Molise’ we see their reactions as their memories from the past are reactivated by Monaco’s images. Agapito has been commissioned by the art-agency ‘Cultural Documents’ to make a new film entitled ‘Children of Molise’ which follows the story of the images across three continents. Deirdre MacKenna, Director of ‘Cultural Documents’ says “Like all powerful photography, Monaco’s images engage us in a compelling process of recognition and reactivation of memory. And Agapito’s films capture the moment of recognition when memory is transposed onto image and both become activated into the present day. This gives us a tool with which we can reflect upon the human vitality that is stimulated when we re-connect with our past.”

MacKenna and Di Pilla will be working throughout 2016 to trace the stories of Monaco’s images and will be screening ‘Children of Molise’ at a cinema near you later this year.

In his first journey to Australia in autumn 2015, Agapito Di Pilla began to follow up contacts which led to Perth, where he knew people had emigrated to from Caporio in Molise, and soon he found the children in

Monaco’s photographs from the 1950s: Gennarino Della Posta, transformed from a little baby to a successful business man on the other side of the world; Angelo Palermo, now photographed in the colossal surroundings of Perth’s new stadium; Palma Paoliello and Giovanna Giancola together again after sixty years.

Di Pilla once again captured their images through his technique of mixing documentary and arresting images with poetic narrative. Reflecting upon this transposed community, Di Pilla returned to Perth in December to meet up with the third-generation, all descended from the people photographed by Monaco who Di Pilla had filmed for ‘Women of Molise’. This time, Di Pilla wanted to show how inherited culture is continued and expressed during and after integration into a new cultural situation; following the daily routines of two young couples he takes us forward into a new docu-fiction to explore the aims, ideas and ambitions of the next generation. 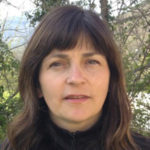