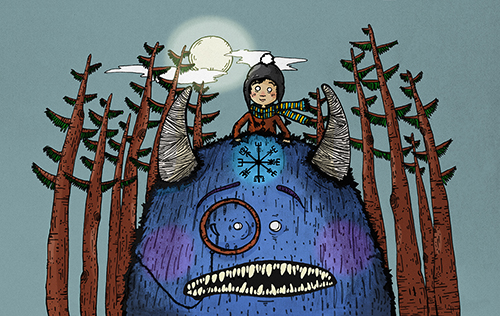 A monstrous talent at drawing monsters

Lucia Petrucci, a 26-year-old illustrator born in Fabriano—a medieval little town famous its celebrated paper mills – left Italy to move to Australia two years ago when she decided to follow her boyfriend. She had no idea that her life would change for the better but, as it turned out, this country gave her the opportunity to harness her peculiar talent.

Lucia loves drawing monsters and she does it with great creativity and skill. She started drawing monsters on Post-it notes, sticking them over the walls of the apartment where she lived until her flatmate told her: “You should have a blog and publish your drawings.” She did not go for a blog, but for a Facebook page she called “Monsters in my head” which attracted attention on the web and got her a few commissions to create images of monsters for public and private occasions, even a marriage proposal through a booklet she was asked to design. Yet Italy did not offer her the possibility of developing a truly professional career which she unexpectedly found in Australia.

“Thanks to my Monsters” says Lucia, “I have been working for many companies and I also had the honour to be selected for an exhibition called “RAW: natural born artists” where I realised that Australians really liked my drawings. When I first started, I never thought I would be good at it but I still have a lot to learn and to explore in this amazing world”.

Lucia studied in Rome where she graduated in Arts and Cinema at the University La Sapienza and then she specialised in visionary and fantasy illustrations at “Academia di Cinema e Televisione Griffith Duemila”. That’s when her enthusiasm for drawing started. “I have to thank my teacher Stefano Bessoni” she explains, “who is a great artist with a very deep imagination and inner world. In that moment I really understood how all the visual arts are complementary to each other, Cinema and photography were always my passion, but I never really gave too much importance to the illustrations”.

Lucia already has an interesting resume: she started working at the production of a movie, when she was in high school and then she never stopped, working on a video to a short movie and then she created her own puppets to produce her very own animation movie.

One of the most important experience of her life was working at the software of a stop motion project for Stefano Bessoni, called “Canti della Forca”, a book and a film from the German writer Christian Morgenstern. “It’s during this year” she says, “that drawing took over me. The illustration is perfect to represent the extraordinary. With a pencil and paper, in a few minutes you can express whatever comes to mind, something true or imaginary. It is a more immediate and less complex art, if compared to painting”. Now she is working on illustrations for a notebook project, and she has many ideas for the future including creating books for children.

“Parents shouldn’t tell their children that monsters don’t exist” she suggests, “but they should teach how to fight and deal with monsters. They are beautifully ambiguous, terrifying and allow children to express and overcome their fears. When we are young we see so many of them and we are scared and fascinated by them at the same time. Ultimately they inhabit our mind even when we grow up. Monsters are our ambitions, our fears, our loves and our failures. They remind us how subtle is the line between controlling and being controlled by our emotions”. 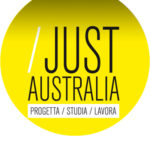