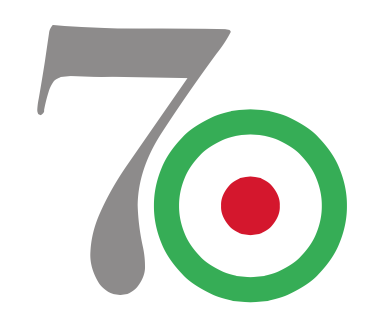 70 years ago, democracy was voted over the antiquated monarchy reshaping and launching Italy into the modern world

June 2nd is the day when we remember and celebrate the powerful choice, which the Italian people made through a referendum, establishing our new form of government. Such an historical step was taken just after coming out of a tragic war, a repressive dictatorship and a foreign occupation.

The celebration commemorates the institutional referendum of 1946 when (by universal suffrage) Italian people were called to determine what form of government (monarchy or republic) would best represent them after the Second World War and the fall of Fascism. After 85 years of monarchy, with 12,717,923 votes in favour and 10,719,284 votes against, Italy became a Republic, and the royals of the House of Savoy were deposed and exiled.

With the conclusion of World War II the time had thus come to have a Constitution democratically voted for, and legitimised, by the whole nation. This fundamental Charter had to express both constitutional consensus and the establishment of a national unity.

Our identity as a State was redefined by three connected events: the referendum held on June 1946; the election of the constituent assembly; and the adoption of the Constitution in December 1947. These steps did not mean either a fracture or a refusal of the extraordinary path that had led to the Unity of Italy, but rather that our country was transformed and reshaped, in a more democratic and modern sense.

2016 marks the 70th anniversary of Italy’s National Day. The Italian Republic is celebrating this meaningful and important recurrence with pride for a nation that has been able to overcome many challenges and in the process has become one of the world’s great leaders. We have left behind the difficult years of the post-war reconstruction and those of political terrorism. We have successfully created a union and planted the seeds of coexistence and harmony among (other) European countries. We have embraced democracy and built a prosperous economy, joining the G7 group. Even through the periods of greatest trials and tribulations, Italy never fell short of its commitment to international peace and security.

When speaking of us Italians, words such as ingenuity, beauty, good taste, inventiveness and creativity are the first that come to mind. We also know that they are often followed by other words that are not as constructive. Overall, the balance is positive: as the President of the Republic H.E. Sergio Mattarella said, “Italy has a wealth of positive people and experiences”, and we must express our gratitude to all of them, including those who left our country to find different opportunities abroad and with their dedication are offering an immense contribution to our international prestige. In fact, I have always perceived in the representatives of other countries that I often deal with, greater confidence and consideration for Italy and Italians than we ourselves are at times willing to recognise.

Italy is going through a period of both political and economic change. After years of debate, our Parliament approved an important reform of the Constitution, to be confirmed with a referendum later this year. Recently other important provisions have entered into force: a major reform of the labour market; a reform to the educational system; a reform to our public administration that is gradually being enacted and which will increase the efficiency of the state apparatus; an improvement to the taxation system that aims to reduce tax evasion and avoidance and strengthen relations between citizens, businesses, and the State; a reform of the social security system and the partly-realized reform to our justice system. These are steps that have enabled a return to competitiveness and efficiency in our country, whose economy has, not coincidentally, experienced positive economic growth in 2015 and – according to all reliable forecasts – will consolidate this growth in 2016.

International financial turbulence, political and humanitarian crises abound in a dangerous cocktail of forces to be counterbalanced and more importantly governed. We must prove equal to this task, engaging in effective actions, firmly grounded in our principles and ideas, relying on the force of our democracy and the strength of our Institutions.

This is the style of collegial leadership that Italy advocates, a set of commonly shared ideas and values that help, day after day, to bring together in a trusting and fruitful debate our partners and allies, in the continued commitment to peace, stability and prosperity for all peoples. 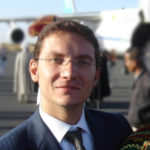