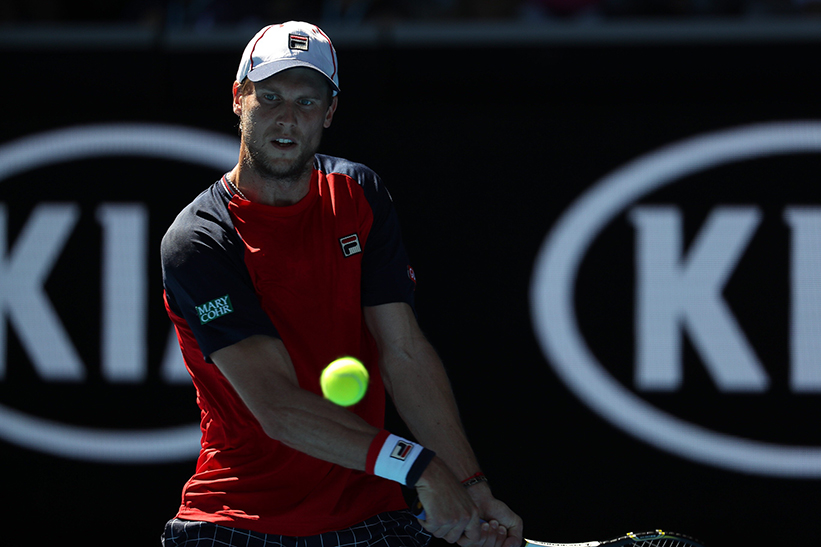 Fila is a renowned brand of sportswear and accessories, favored by many sporting greats for the quality of its materials, unique designs and practicality.

Tennis champion Bjorn Borg, mountain climber Reinhold Messner and alpine skier Ingemar Stenmark are but a few sport legends that have endorsed the brand, making it famous throughout the world. An extraordinary achievement for a family business that had a humble beginning in the early 1900’s in Biella, a small town located at the foothills of the Italian Alps in the northern Italian region of Piedmont.

Fila was not always a manufacturer of quality sports apparel. In 1911, in what must be one of the most unusual cases of industrial conversion, two brothers, Giansevero and Ettore Fila, took the family business from woodworking to the manufacture of textiles. They created Fratelli Fila, a spinning factory for carded and combed wool, soon to include weaving and produce fabrics for the Biella market and its surrounding townships.

In 1926, the family business entered a new phase of growth. With the manufacture of underwear for men, women and children under the name of Magnificio Biellese, it was the start of the company’s vertical integration. The entire production cycle from spinning to weaving and packaging to distribution, was brought in-house, its products spreading across Italy. By 1950, Fila had reached a peak of production with sales in excess of one billion lire and a workforce of more than 2500 people.

From here we step forward into 1968, when Giansevero Fila realised that an impetus for sustained growth was needed. He appointed Enrico Frachey, a visionary entrepreneur, as managing director to oversee the development of new markets both within and beyond the borders of Italy. Frachey, also known by the respectful title of Dottore, had taken note of two important events that would transform Fila into the global sportswear brand it is today.

First, as a result of Italy’s economic boom in the post-war period, Frachey perceived that the quality of Italian daily life had changed to include time for sports and leisure. Second, he was aware that the tubular machinery used by Fila to produce underwear would be perfect for making upmarket sports clothing, particularly for tennis.

Fila and the World of Tennis

Tennis in Italy and across Europe in that time was an aspirational sport. Over the next few years Frachey introduced a plan that would not only transform Fila - it would ultimately transform the world of tennis. With the confidence that Fila’s circular knit could produce a seamless polo shirt that would fit evenly and smoothly around a player’s body, Frachey enlisted designers Pierluigi Rolando and Sergio Privitera to create designs that would highlight quality, style and innovation as the driving forces behind Fila.

Tennis outfits were traditionally and resolutely 100 percent white back then. Fila’s new tennis apparel, which was smartly named the White Line collection, was uniquely stylish, colourful and flew in the face of tradition. Rolando, inspired by the uniform of the New York Yankees, came up with a design both classic and provocative, the pin-striped polo shirt; while Privitera created the distinctively red and blue “F-Box” logo. For the collection to be a success, Frachey’s implemented an innovative marketing strategy by having Rolando’s and Privitera’s designs worn by the world’s best players.

The White Line collection debuted on the courts in 1973, first with Italian greats Adriano Panatta and Paolo Bertolucci, and then, quite famously, with Swedish champion Bjorn Borg.  Borg faithfully wore Fila’s pin-striped polo and colours as he ruled the courts throughout the 1970’s, winning the French Open six times in a row, and five consecutive victories at Wimbledon.

Everybody wanting to emulate a champion was the guiding principle behind Frachey’s marketing strategy, and it paid off. It was a strategy that could be replicated in other sports - the White Rock collection and Reinhold Messner, who in 1978 scaled Mount Everest in solitary and without supplemental oxygen, using mountain gear designed by Fila; Snowtime and world champion skiers Ingemar Stenmark and Alberto Tomba; and Fila’s swimwear line, Acquatime, with several times Olympic champion swimmer Marcello Guarducci and diver Gregory Louganis. The list goes on and on to this very day: Fila’s history is a dazzling roll-call of innovative sportswear designs coupled with adventurous feats.

An Eye for Champions

Fila’s successful association with Bjorn Borg was a ‘game changer’. Indeed when Fila sought to enter the US market, its adopted slogan was Change the Game! Soon after the debut of the White Collection in 1973, Fila brought Australian tennis player Martin Mulligan into the fold. Mulligan, who was well respected in Italy having won the Italian Open three times during the 1960’s, was the coach of the Italian Davis Cup team when approached by Fila, and had even represented Italy in the 1968 Davis Cup.

Mulligan was living in Italy at the time and working in the field of sports apparel. Fila recognised it could benefit from his experience and asked him to move to San Francisco to oversee marketing and sponsorship, and in particular to look for talent to represent the Fila brand. For Mulligan, as for Fila, this meant identifying athletes who could adopt a strong work ethic—practice, practice and more practice!—in order to reach their full potential.  Still today, Mulligan is accompanying the tennis athletes around the world to support and look after them.

Since 1973, Fila has had an eye for champions and given support and inspiration to a legion of young tennis players the world over, empowering them to reach the top of their game. To the tennis greats Panatta, Bertolucci and Borg, Fila can add Pam Shriver, Boris Becker, Mark Philippousis, Jelena Dokic, Jennifer Capriati, Gabriela Sabatini and Kim Clijisters among others. To our days Fila was distinctly visible on the likes of Andreas Seppi, John Isner and Sam Querrey in the finals of the Australian Open.

It would seem that Fila’s international growth in the 1970’s started off due to its strong presence in the men’s side of tennis. It would be remiss however, to forget the role of Australian tennis champion Evonne Goolagong, who won both the French Open and Wimbledon in 1971, had four wins at the Australian Open singles from 1974 to 1977, and gained a second Wimbledon title in 1980.

In those early years, Fila was particularly popular with women in Australia; mostly due to the style and materials used in the Fila tops and warm-ups worn by Googalong, which combined well with Goolagong’s equal measures of gutsiness and elegance on the court. Her endorsement marked Fila’s first true presence in Australia, whose tennis apparel back then was made available through a series of importers and only sold in boutique stores.

Since the 1990’s, Fila foresaw a burgeoning market, particularly in the years leading up to the 2000 Sydney Olympics. Fila Australia was born. The logo became a distinctly visible feature in Australian sport, not only through the flagship sport of tennis, but also through many AFL teams: Adelaide Crows, Essendon Bombers, Geelong Cats, Melbourne Demons and Western Bulldogs and Rugby League teams: Melbourne Storm and Newcastle Knights. By the year 2000, Fila was appointed the official supplier of on-field and training uniforms for the Australian Cricket Team.

These events heralded a new phase of growth, reflecting the old days. In 2002, Silvano Merlatti, who had headed up Fila in Hong Kong since 1995, arrived in Australia as licensees with a long-term view of expanding Fila’s range and outlets and to make it the strongest brand of sporting apparel in Australia. Cogs were set in motion and Merlatti established a new company called “SM Brands” to act as a vehicle for Fila. Fila now boasts 18 stores across Australia, most are located in Sydney and Melbourne, but also in Queensland, Canberra, Adelaide and Perth, with more to come. Fila is available online as well, at FILA.com.au .

In Australia, as elsewhere in the world, Fila epitomises the winning combination: quality, style, innovation, an adventurous spirit, and keeping an eye on durability and affordability. Fila is synonymous of style for everyday wear and sport outfit.