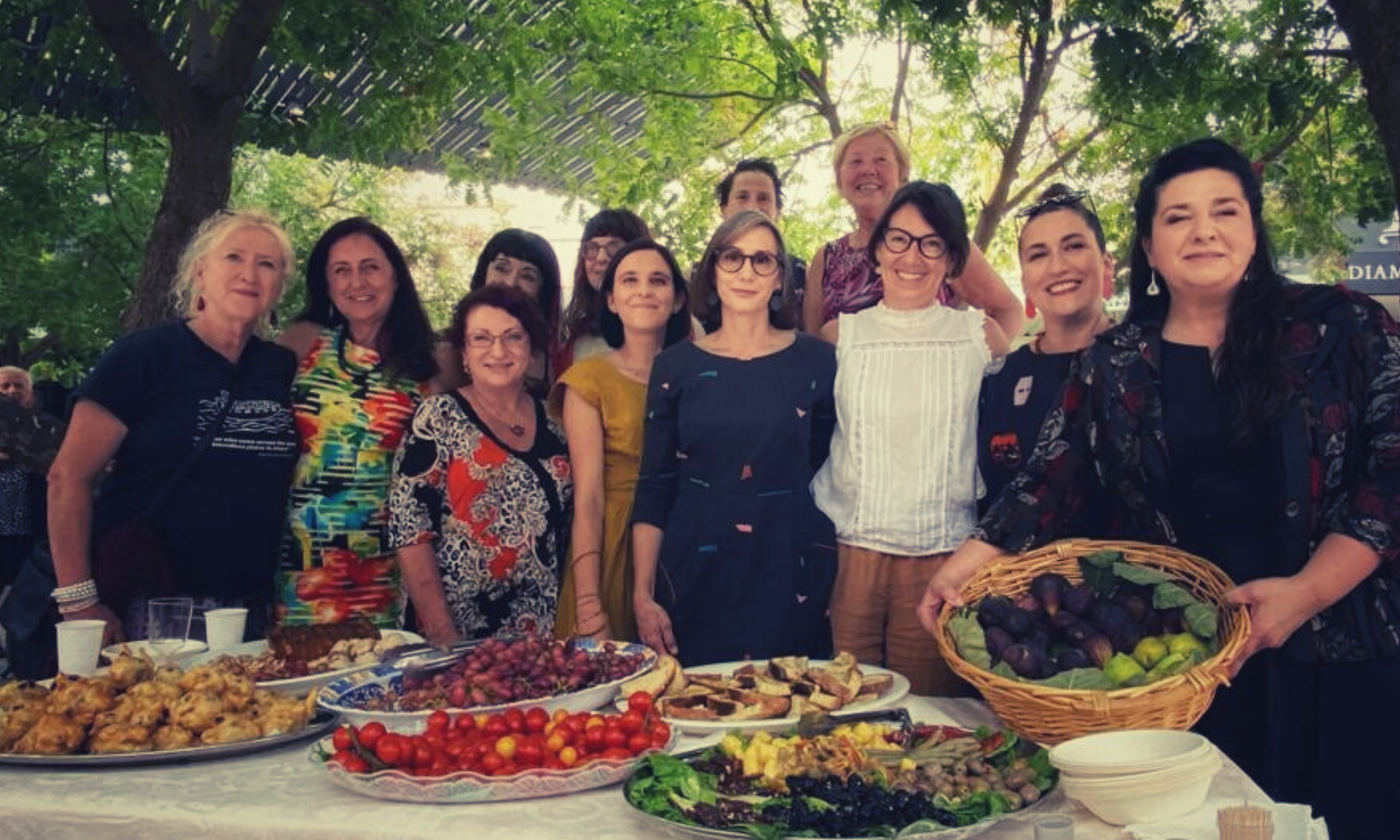 Solace during lockdown for Ascolta Women.

When a group of Italian-Australian women met and connected on the eve of the country’s first major Coronavirus lockdown early last year, little did they know that their collective would not only become a support base in the stressful times that followed, and a forum for discussing Italian and migrant identity in Australia, but that they would also go on publish a book.

The origins of the group Ascolta Women lie within the academic work of Teresa Capetola, a lecturer at Melbourne’s Deakin University who is researching a thesis on second generation Italian-Australian women and migration legacies. After presenting her research at a conference series Diaspore Italiane in Melbourne, New York and Genoa in 2018 and 2019, Capetola was invited to organise a forum sponsored by CO.AS.IT (Italian Association of Assistance) for early 2020, just prior to Melbourne’s first lockdown. Held in Carlton on the 13th of March as part of CO.AS.IT’s cultural programme, the women’s-only forum was followed by a writing workshop the next day, which was facilitated by writers Elise Valmorbida and Anna Maria Dell’Oso. It was from this that a nucleus of attendees formed a writing and social group via the platform WhatsApp, and later, Zoom.

The fortnightly Zoom meetings offered an opportunity to share experiences and concerns about the lockdown and Covid-19 generally. It was also a creative outlet for the women to reflect on their lives during the pandemic.

“The group is very egalitarian,” Teresa said. “Very early on I suggested that we rotate the facilitation of the writing exercises. That was fabulous, and was kind of part of the ideology underpinning Ascolta. We are here because we want people to listen, but we need to listen to each other as well.”

In addition to providing a space for conversation and creative expression, the group encouraged a deeper connection with heritage, often through the writing prompts, which were in Italian, or through expressions and sayings borrowed from Italian culture.

“It kept us in touch with our multivarious, multidimensional and multiplicities of Italian identity,” Teresa said. “So, for me, for example, I would be concerned with my family in Italy and what was going to happen to them, and I’d really appreciate hearing the other women intersperse our English conversations with Italian sayings. That helped me keep in touch with everything.”

Variety was also a feature of the Ascolta Women group: its 24 members came from across Australia—Melbourne, Sydney, Mildura, Adelaide and Wollongong—with an additional international connection in London. While some of the women represented the second generation of Italian-Australians, others were more recent arrivals. According to Teresa, that diversity was reflected in their creative output.

“It’s interesting that the writing often reflects our ages. For example, Sara Bavato is a young woman with a young child and so she often talks about trying to do yoga with this child all over her. Her own mother is in Italy, and so Sara has to negotiate that level of isolation as a young mother,” Teresa said.

“And then we have Daniela, who turned 70 during Covid and writes about that in her story. She has almost 12 grandchildren, and she could not see her children or grandchildren for months. So there were all these beautiful chalk drawings and Easter eggs that never got sent, and she kept cooking and putting food in the freezer for her family.”

Educator Connie Abate and visual artist Luci Callipari-Marcuzzo, also part of Ascolta, affirmed how the group helped them during the lockdown and allowed them to explore their creativity alongside other women.

“That experience of not being able to do anything, not being able to work in a normal capacity was really stressful, particularly among those in Melbourne,” Luci said.  “But we had that outlet every two weeks where we could tell stories, and we were there for each other.”

For Connie, Ascolta was an opportunity to share stories with other women and explore Italian identity in Australia past and present.

“I am extremely proud to be a part of the group and am humbled by all the achievements of these women,” she said. “The broad range within the group provided a vast array of opinions on just about anything.”

Twelve months after their initial meeting, the group published Stories From the Inside: Ascolta Women Write, a book of stories, poems and artworks produced during their meetings. According to Teresa, the decision to launch their book in the Victorian town of Mildura, was significant.

“When we were in lockdown, Mildura became this touchstone. We had this idea that when this passes, we will go to Mildura, where the sun shines, where there are grapes and oranges,” she said.

She added that the stories in the book would hopefully support other Australians of migrant background to negotiate their place and identity.

“Whether you are a migrant from any other background, or if you have Italian heritage, these will speak to you. It’s great to have all these generations of migrants hearing these stories and considering what they mean in terms of our identity and heritage and in terms of what it means for Australian society.”

The acknowledgment that women’s voices have not always been heard is a theme shared by the Ascolta group, as well as Teresa’s research, which is titled Storying Distance: Lived Experiences of Post WWII Second Generation Italian Australian Middle-aged Women.