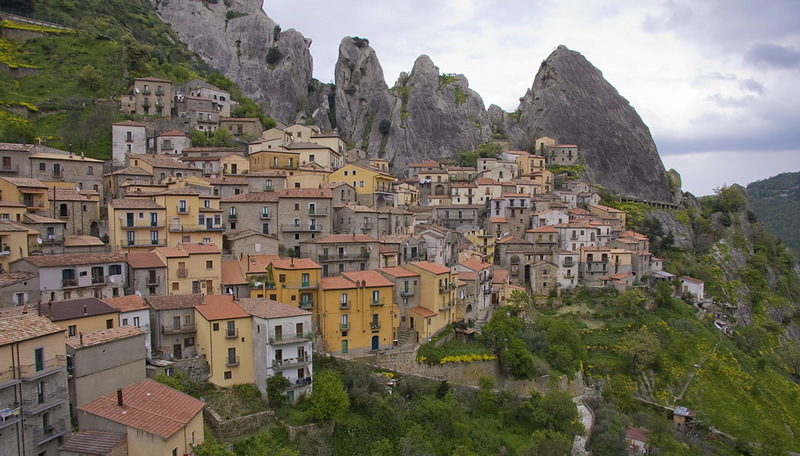 An old auntie and her secret connection with Australia

Finally, after one year and a half of living my dream in Australia, I decided it was time to go back home to see my family and friends, and to enjoy the Italian summer in my hometown Stigliano, Basilicata!

I bought the ticket two months in advance to spend six weeks in my homeland.

On the 4th of July, my Aussie friend dropped me off at the airport snatching me a promise: “make sure you come back, your adventure has not yet ended!”. I gave her a hug and waved at her while I was walking through the main doors of departures.

I left Melbourne in winter with its dark grey skies and was welcomed by the amazing hot sun in Rome, with 42 degrees... I was sweating carrying my two suitcases but happy walk on my home grounds.

As I imagined on my flight, my parents were at the airport waiting for me. I saw them immediately as I walked out of the customs gate. They welcomed me with the same happiness and joy as I am told they did when I was born. At home the whole family clan had gathered waiting for me: my nonna, nonno, cousins, zii and zie. It was a big reunion!

There she is, “l'Australiana”. This was the way Zia Caterina, an 82-year-old strong woman, started referring to me after I left for “la terra dei canguri”. “We missed you so much... Have you met a handsome young Australian man?” she asked me when I met her at my parents’ home. I looked at her with my eyes blurred by the jetlag and smiled. She took me aside as if she did not want to be heard by the others. “Let's have a chat. I want to know everything about your experiences. I heard that in Melbourne you can have four seasons in one day”.

“Yes Zia, it is true” I told her adding that I have spent almost one and a half year traveling all around Australia. I lived in the Margaret River region for five months, a beautiful place, full of vineyards. I then moved to Mullumbimby, the most popular hippie little town in Australia, where I experienced what a hippie life is all about. I also travelled all around the east coast from Byron Bay through to the Gold Coast heading up to Brisbane. Suddenly, in the end, I fell in love with the best city in the world, Melbourne.

I spoke to Zia for almost half an hour, answering her questions and reminiscing all the beautiful experiences of the past year when I saw her putting her hands in her pocket and pulling out something. It was an old photo of a young man. I didn't know what to say. I looked at her in puzzlement and she whispered with a sight: “He is Julian from Melbourne and he is the love of my life. I met him when I was 18 and I would have spent all of my life with him, but I couldn't, my parents didn't let me go to Australia.”

I was always curious as to why she was so interested about Australia and was dumbfounded in hearing her secret. She continued: “He sent me so many letters but I was never able to see him again. Now my heart can rest in peace because I know that all the stories he wrote to me are true and you have experienced them”.

I had a great time in Italy but I looked forward to returning to Australia and when I got back I felt like coming home. Whenever I meet an old Italian man, I wonder if he is the one who, as a young migrant, captured the heart of Zia Caterina. The day I left, she hugged me and murmured in my ear: “Follow your dreams!”