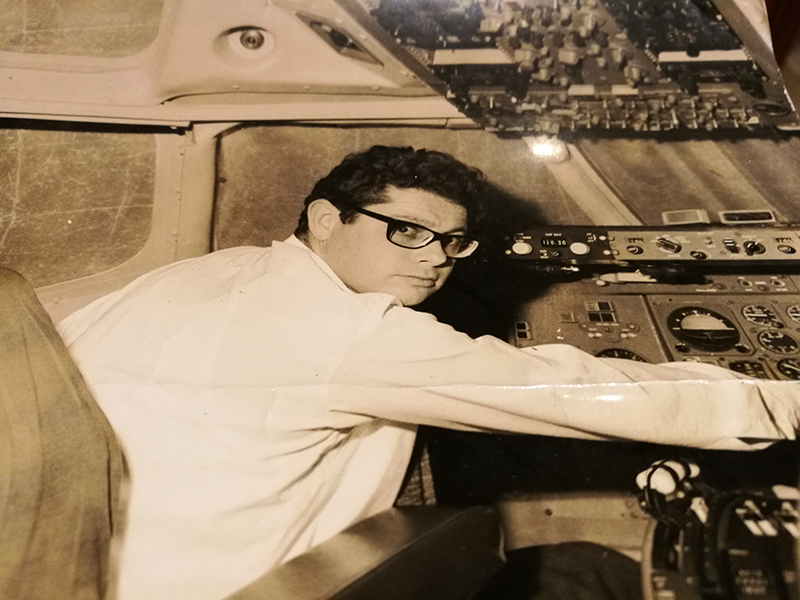 In the Eighties Australian astrophysicists were in a tizzy for what was about to become an incredible enterprise: the launch of the satellite “Starlab”.

A chance for the nation to broaden (literally) its horizons, and through the study of far-away star clusters and galaxies, help unveil the early evolution of the universe.

The project, to which Federal funds were generously granted, boasts a multitude of enthusiastic workers, and not only scientists. Among them stand the Italian Gennaro Cozzi, the one that would draw in pencil the entire satellite venture, a mission that eventually, and for reasons beyond his control, would turn into a... fiasco!

Gennaro has spent his life drawing, even though his actual dream was to  become a pilot.

At the age of 16 he took part in a youth camp run by the Italian Air Force and in that moment that he flew, for the first time, an airplane: the 2 seater Macchi MB-308.

Although the cruise was performed outstandingly, Gennaro will never pilot an aircraft again, nor become, as hoped, a professional pilot, due to the pair of glasses sitting on his nose. At that time, vision problems were enough to curb such carrier and Gennaro resorted to following his father’s footsteps: he became a technical illustrator. He started hand-drawing topographic maps for military purposes, then content for popular encyclopedias. A talent imprinted in the paternal lineage, “a genetic inclination” as he likes to state. Gennaro's father, Ministry for the Italian Merchant Navy, was in fact a craft illustrator, as well as today is one of Gennaro's youngest daughters.

Born in Napoli in 1936, Gennaro moved from one city to another throughout his childhood, following his father’s career, until settling down in Rome where he met his wife Giuseppina. The capital city also granted him another pleasant surprise: a job at Alitalia, the Italian national airline. Here, technicians would refer to his detailed drawings to use during staff training sessions. In the classroom students would generally fall asleep and Gennaro’s vivacious images, more similar to ballons, would cheer up new pilots and cabin crew making the topics more comprehensible and the lessons more dynamic.

30 years later and with 5 kids to take care of, Gennaro relocated to Australia, land of new opportunities. Not long after his landing he got a job at the military airport of “Hawker Dee Havilland”, in Sydney. He may not have mastered English perfectly yet, but he knew how to draw perfectly: through his illustrations he would be the one  responsible for training the staff in the new location.

Then finally the big moment arrives: in the Eighties and at the aerospace base, everybody is excited for a soon to be project involving  the launch of a special satellite into orbit, and in recounting that  Gennaro unfolds with nostalgia a large piece of yellowed paper  displaying a fraction- one lens - of Starlab. The venture was of great importance as it included the participation, of Australia, Canada and the American NASA. 1990 was the year intended for Starlab to get into space.

Everything was running smoothly until the twist: the USA abandons the project, after years of planning, leaving Australia with no explanation. The sudden lack of funds from one of the main investors forces the nation to drop its ambitions. The launch would never occur, and Gennaro and his colleagues were extremely

disappointed and their deeds publicly untold.

The StarLab story is a fascinating one. Not all stories have a happy ending… but that doesn't mean they should be ignored.