No items found.
Product is not available in this quantity.
LoginLogoutSubscribe
Events 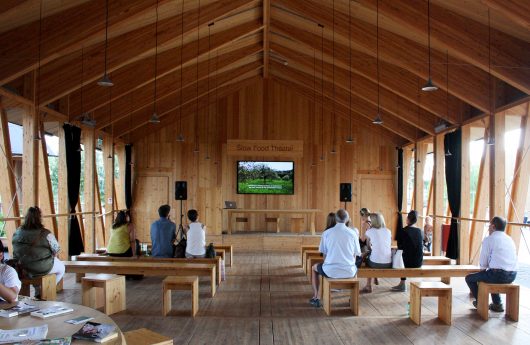 Looking for my own private enlightenment at the Expo 2015

The vast mission of this World Fair reveals its intentions and somehow traces where our path will lead, an instant before we take our first step: “FEEDING THE PLANET, ENERGY FOR LIFE”. These are its main themes! We shall soon see whether these goals are achieved!

The long wait to get in gives me the opportunity to think about the reasons why the Italian government, despite the country’s economic crisis, decided to invest 6 billion euro in a colossal event to tell the world “how to fish”. Perhaps even Confucius would have his doubts. Personally, I would have spent this money to really feed the planet…. but that’s another story.

The key ethical objective of the event is to facilitate the creation of a new global economy capable of putting humanity and its needs (water, food, air) in the forefront (and no longer just finan- cial interests). A world where there will be no more waste and where the key ideas will be knowledge and innovation, with local economies to be based on concepts like identity, history, creativity and quality and being able to shake off the yoke of multinational corporations and their logic of profit at all costs…. “Good!” I think as the queue moves closer to the entrance: “I like this idea of the new economy based on ethical and even aesthetic principles.” I take my first fateful step into the Expo and I find myself in front of two huge signs that invite me to their pavilions: McDonald’s and Coca Cola.

The circa 80 pavilions of the Expo (145 participating countries) line the way along the sumptuous east-west axis about one kilometre long, covered by environmentally friendly artistic canopies. All of this lies under the watchful gaze of the huge work titled “TREE OF LIFE”, the true icon of this Expo.

Let us return to my quest for illumination, focussing only on aesthetics is not enough. There are also ethical considerations.

What have all these people come to find? What do they want to learn? The food? The earth? Those that designed the Expo want to tell the visitors the truth or instead want just to show them a glossy postcard of the world? Surely visitors will be able to play a great game: stamp your “FAKE” passport (5 euro per document) at every country-pavilion that you visit, see the largest pizza in the world, take a refreshing walk in the shady forests of Austria. It is possible to travel up and down the dunes imaginatively provided by the Saudi Arabia, write your name using coffee beans or buy souvenir bracelets made from seeds. Nevertheless, do not ask who cultivates the coffee. Do not ask yourself how many wells have been destroyed in occupied Palestine. Do not dare find out who works in the fields of Mozambique and Burundi. The Expo is not the place to ask these questions and certainly not the place where you will find answers.

The “PAVILION ZERO” is the most popular of them all. Its sign reads: Divinus halitus terrae or “THE DIVINE BREATH OF EARTH”. Inside visitors can take a journey through the history of humanity from a food and agriculture perspective, all very beautiful, as well as emotionally moving and well-designed, full of interesting ideas. But you feel as if you are in a fairground attraction, everything is too mechanically engineered to inspire awe, an aspect common to almost all the pa- vilions. Technology is always used as part of the scenery. The vast amount of information, dazzling multi-visual displays and macro- structures, is carried along in a procession with big fundamental issues whose purpose is only to catch the spectators’ eyes. Despite the enormous deployment of LED lighting and other ingenious devices, the pavilions contain none of the light I was seeking. All proclaim the same issues: sustainability, recycling, energy saving, zero kilometres, slow vs. fast, local vs. global, but the overall impression is that of a series of repetitive slogans.

Given that the central theme of the Expo is food, I must focus most of my attention on it. So moved by hunger (in the sense of appetite) and thirst for knowledge, I begin to patrol the refreshment areas of many pavilions. Tacos in the Mexican Pavilion, Tijne lamb in the Moroccan one, an Israeli Majadera, a Turkish kebab, a purple coloured roll in the Vietnam pavilion, South American potato chips, coconut cheese in the Netherlands stand, Siberian herring and chips, a crocodile tail fillet in the Zimbabwe style, a Japanese Fugu, Cambodian palm wine and some Baobab juice in the Angola Pavilion.

After this kaleidoscope of shapes, colours and flavours, I begin to wonder how a gigantic multi-cuisine restaurant can teach future citizens to save the planet by respecting its rhythms and its precarious balance. Some may argue that the “CHARTER OF MILAN”, an international memorandum of understanding to ensure the right to food for all citizens of the world, was drafted and signed precisely to give some moral grounding to the entire event. This appears to be a wonderful idea but it risks ending up like the fight against world hunger in the 1980s, or the Kyoto Protocol, which no one remembers any more. My last visit is at the “SLOW FOOD” pavilion, the international non-profit association that for 30 years has been committed to giving back to food its true value by respecting those who produce it and by protecting biodiversity. The pavilion is completely unlike the others…. this pavilion is spartan! Every aspect of it has been designed to facilitate the visitor’s path through knowledge. In other words, knowledge is placed at the centre of everything and not special effects. For 30 years “SLOW FOOD” has been saving foods and crops neglected by the globalized markets because it considers them true “BOOKS OF HUMAN HISTORY” functioning as vessels, which preserve and pass on human culture to future generations. These books are full of flavour and life, both past and future. The pavilion’s lighting is minimal in contrast to the excessive dazzle of the other pavilions. It is ironic that in this poetic twilight, I found the light that I had been seeking throughout my visit. In short, the place where they used fewer bulbs was in fact the most enlightened!