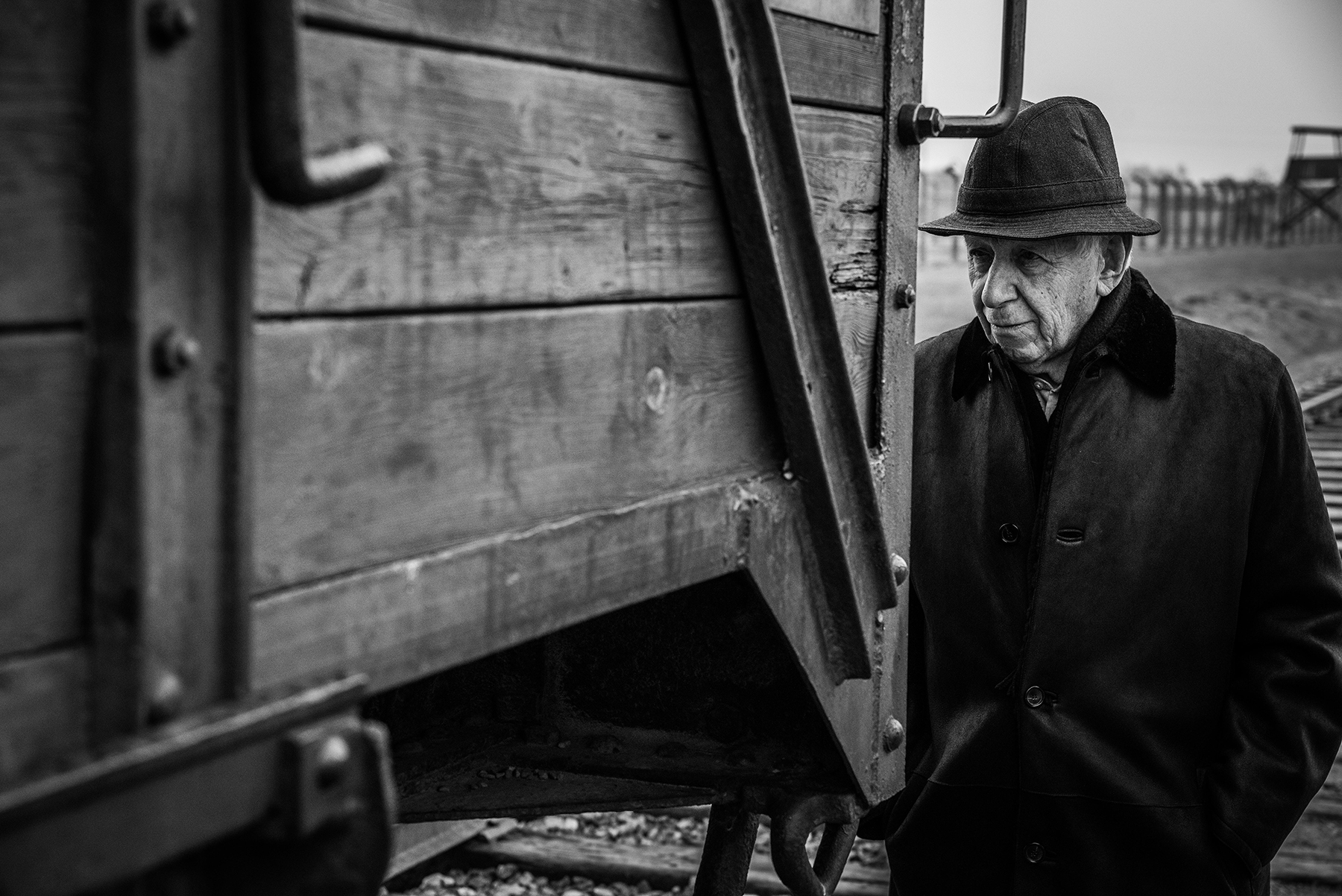 The Jewish International Film Festival is in full swing and it is a fascinating time of the year for avid cinemagoers looking for films outside the mainstream, that challenge and engage all at once. Screening at a number of cinemas nationwide, the festival attracts a culturally and ethnically diverse audience and 60 films from 23 countries are classified according to 3 main categories (Feature, Series, and Documentary), thus appealing to a wide range of tastes. In Melbourne (as in Sydney, Brisbane, Perth and Canberra) the festival this year runs from 23 October to 21 November and is hosted by the Classic Cinemas Elsternwick, the Lido Cinemas Hawthorn, and the Cameo Cinemas in Belgrave.

The Classic Cinemas is deeply embedded in history, has a Yiddish connection, and is said to be the ‘longest continuously operating cinema in Victoria’. Eddie Tamir, instrumental in organising the annual Jewish International Film Festival, took over the Classic Cinemas in 1997. Located next-door to kosher-friendly Polish restaurant and Vodka bar After The Tears, both the cinema theatre and the close-by eatery in Elsternwick form a community hub like few others, attracting visitors both cinematically and culinarily, and into a setting where we certainly feel the wings of history.

Exploring themes ranging from personal narratives to historical documentaries and reconstructed memories of the past, or, as more specifically highlighted in the JIFF press release, ‘sensational tales packed with screen luminaries, side-splitting comedies, and stories of iconic Jewish trailblazers and innovators’, this ambitious both locally and universally relevant festival  ̶ for which we thank a festival team led by Executive Festival Director Lindy Tamir and full service communications agency Original Spin, powerful at marketing the festival  ̶ provides an ideal platform for a number of acclaimed international directors to showcase their skills to visitors from near and afar. "The Jewish experience" is explored in films that highlight Jewish values and traditions  ̶ be they from an American-Jewish perspective or from an Israeli-Jewish perspective, etc. - stress the importance of human connectedness, celebrate human bonds, love and respect, and bring our attention to extraordinary acts of courage in the face of, what appears to be, unprecedented adversity.

As explained by aforementioned Festival Director Eddie Tamir, this year the festival 'celebrates stories of people who have forged new paths  ̶ from the ground-breaking sexual therapist Dr Ruth Westheimer and the late Anton Yelchin, to innovators like Lea Gottlieb, the designer behind he iconic Gottex bather brand'. And he continues: 'We are also thrilled to present the premieres of three excellent Australian films; a great selection of American indie titles; compelling stories from the Holocaust era; and Jojo Rabbit  ̶ one of the strongest films we have ever presented'.

The festival 'draws from almost 30 years of bringing the best of Jewish cinema to Australia' and further personalizes the screened experience by inviting award-winning Australian filmmaker Eve Ash to introduce her documentary 'Man on the Bus', and US filmmaker Alyssa Bolsey, in attendance for the screening of her fascinating and enlightening documentary "Beyond the Bolex"  ̶ about her great grandfather; engineer and ground-breaking camera designer Jacques Bolsey (or Jacques Bogopolsky 1895-1962), inventor of the Bolex camera. The documentary film listed in the Festival Headliners category pays homage to the art of filmmaking per se, speculates that 'If you can’t find truth from images, films or documents, where do you find it? In between. I don’t know where that in-between lays, but there is an in-between’. (David Kiehn, Film Historian), and makes references to Georges Méliès and the very early days of cinema; leaving us with an appreciation for cinema also from a technical perspective. Importantly, the documentary ends with a list of films (some of them shorts or music videos) all shot by using a Bolex film camera, including, e.g., Stephen Spielberg’s "Fireflight" (1964), Ridley Scott’s "Boy and Bicycle" (1965), David Lynch’s "The Alphabet" (1968), Peter Jackson’s "Bad Taste" (1987), Guns N’ Roses' "Sweet Child O’Mine" (1988), David Attenborough’s "Living Together" (1995), Darren Aronofsky’s "Pi" (1998), Cristopher Nolan’s "Following" (1998), Daniel Pearl’s (ASC) "The Texas Chainsaw Massacre" (2003), and Björk’s "Crystalline" (2011).

In keeping with the interactive approach of the festival, the 3 November saw the audience being invited to participate in a Sing-a-Long accompanied by live music after the screening of the documentary film "Fiddler- A Miracle of Miracles". In a similarly inclusive vein, the upcoming 14 November documentary on American film critic Pauline Kael is followed by an interactive post-screening panel discussion presented by Melbourne Women in Film, at the Classic Cinemas Elsternwick.

On 17 November festival visitors are welcome to participate in a special post-screening Mambo dance class, in conjunction with the documentary film "The Mamboniks"  ̶ where Jewish music comes together with Latin vibes, and, finally, closing the festival, anti-hate satire Oscar-nominated NZ/Jewish director Taika Waititi’s "Jojo Rabbit" (which allows a fictive Hitler to enter into the domestic space), is followed by closing night drinks and live music.

Looking at the rich almost month-long repertoire, some of the cinematic highlights include Festival Headliner "What She Said: The Art of Pauline Kael", Festival Headliner "Beyond the Bolex" (both films celebrating the art of filmmaking), and captivating documentary "What Will Become of Us", about Westfield shopping centre founder: Australian-Israeli businessman Frank Lowy (born in Slovakia but he later moved to Israel). The film is respectfully directed by Oscar-nominated documentarian Steven Cantor and explores Lowy’s life from humble beginnings, the tragic loss of his father to the horrific Holocaust machinery, to Lowy’s arrival in Australia after a stint in Cyprus (where he ended up in a detention camp), and his rise to fame as he fully embraced his business potential and would have made his father proud. Interweaving the personal and the professional, Cantor’s documentary about an enterprise that lasted from 1960 to 2014 before it went into a merger, subtly and respectfully explores Lowy’s relationship also with his wife and we become privileged witnesses to an intimate journey fraught with difficulties but also filled with love.

From a poetic perspective, the film "Marianne & Leonard" - a documented love story between superb Canadian Jewish singer-songwriter Leonard Cohen and his Norwegian muse Marianne Christine Stang Ihlen, who lent her name to Cohen’s iconic 1967 song "So Long, Marianne" - is a must-see and must-be-experienced.

Proceeding to the political category, "Golda" pays homage to Israel’s one and only female Prime Minister Golda Meir, in office from 1968-1974, who prior to that helped found the State of Israel (1948)  ̶ and viewers are privy to never-before-seen footage. Highly current "King Bibi" (shot in Hebrew with English subtitles) in turn, counts as one of the additional Festival Headliners and documents current Israeli Prime Minister Benjamin Netanyahu’s rise to power, also exploring his ability to use the media to his advantage.

Confronting the collective trauma of the Holocaust head-on, Nick Green’s "Avenging Evil" ̶ a collaboration between the UK, the US, and Israel, is an ambitious 2018 documentary featuring footage and interviews with members of a Holocaust survivor group plotting an eye-for-an eye revenge on the Germans. Gripping at times, the documentary ultimately loses momentum and is a taxing viewing experience also from a purely narrative style point of view.

Worth highlighting, at last, is cinematographically self-referential film-within-a-film "Curtiz". Young and multi-award-winning Swiss-Hungarian director Tamás Yvan Topolánszky here pays tribute to his fellow countryman, the late American-Hungarian filmmaker Michael Curtiz, on the set of Casablanca. The perfect setting for a World War II documentary, this meta-film film steers away from the battlefields but instead makes constant references to the war as we follow the script come alive on screen, and are reminded of cinema icons James L. Warner, Errol Flynn, Humphrey Bogart, Ingrid Bergman and Peter Lorre.  Declaring that 'No film ever changed the course of history, but we can try' the film highlights the power of cinema as a medium by which to influence people and shape the course of time. Topolánzsky uses his semi-documentary film as a commentary also on our contemporary times, taking us on a trajectory from past to present as he makes (not so) subtle references to Trump’s America (‘He told me he was going to make America great again’, 'This is a picture about hope, 'I don’t give a shit about the immigrants', etc). The ultimate keywords of both 'Curtiz"  ̶ the documentary about the man and his film, and "Casablanca"  ̶  the film about survival in the midst of ongoing warfare, can be said to be Hope and Resilience. In one of the scenes of "Curtiz", his screened wife, et al, suggests themes to be explored on film, and with that they highlight some of the most important human attributes and concepts to abide by: Bravery, allegory, desire, love, romance, loyalty – and … sacrifice.

These concepts perfectly sum up the essence of the Jewish International Film Festival and the message of hope it ultimately delivers to the audience, while the festival also educates and challenges us, leaving us chocked, saddened, happy and entertained all at once. Come together in its entirety, the Jewish International Film Festival carries relevance to all of us. Featuring films from all over the world, JIFF teaches us to look at history and mankind from a wider perspective and we realise that the topics, issues and themes explored in the festival are, by and large, about the human condition. With that in mind, they concern all of us. From an Italian perspective, according to a European Jewish Congress website there are approximately 28,400 Jews in Italy today. The mission of the organisation is to 'Promote balanced decision-making with regard to Israel, Monitor Legislation, Enhance inter-religious dialogue, Foster Jewish communities, Help communities flourish, Combat antisemitism, Protect Jewish life, and Preserve the Shoah memory'. (https://eurojewcong.org/mission /).  Given this, as well as the fact that films included in the festival embrace values that make up the backbone also of the Italian psyche: love, companionship, solidarity, humaneness, collective strength, resilience, stoicism and, ultimately, hope, the Jewish International Film Festival in Melbourne is relevant also for an Italian audience. A cinematic and cultural experience not to be missed!