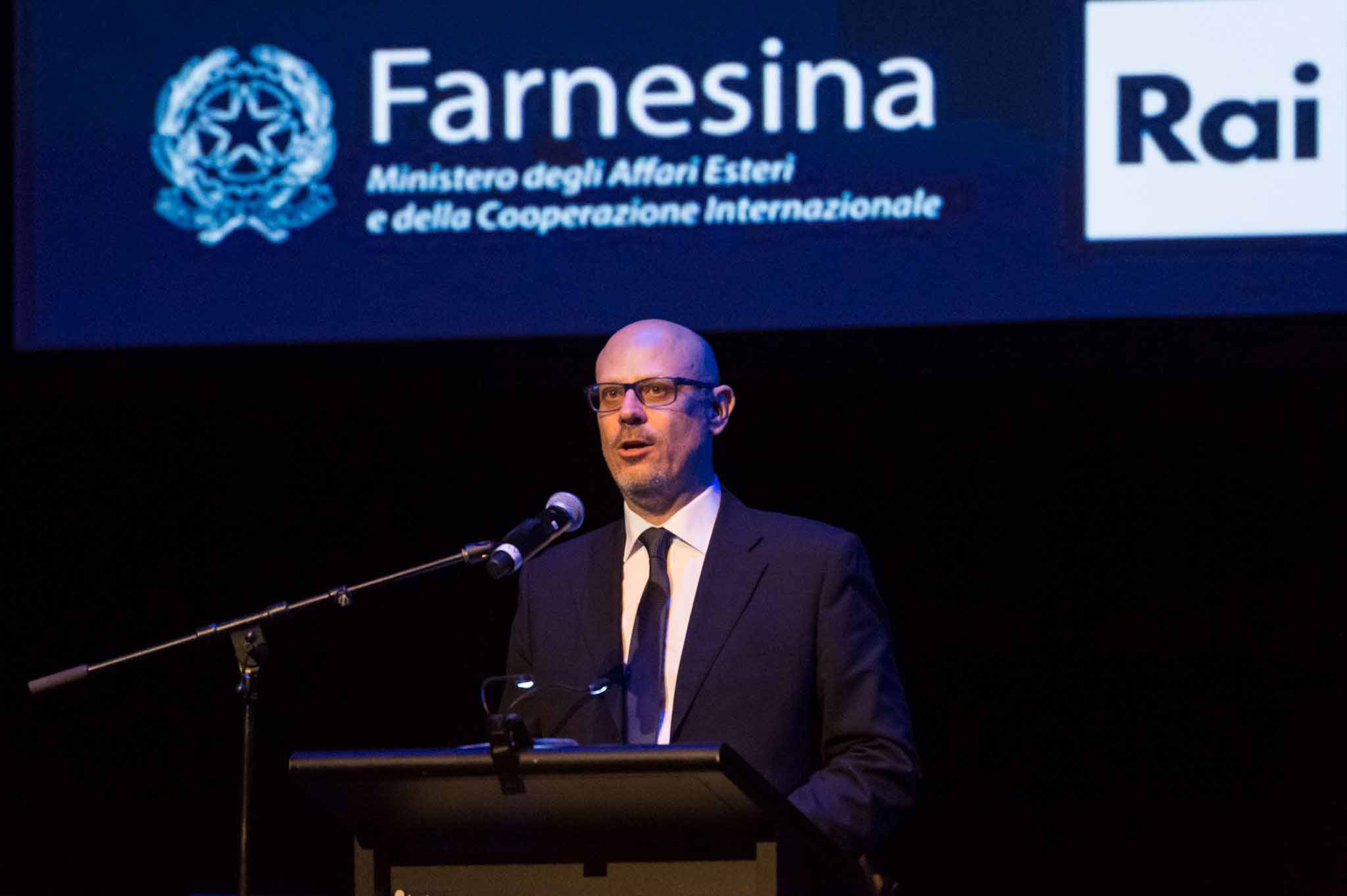 Lillo Guarneri, director of the Institute of Italian Culture (Sydney), tells Segmento about coming across amazing treasure found accidentally in preparing the program to mark the 700th anniversary of Dante's death.

Guarneri joined the Institute of Italian Culture (IIC)Sydney in 2017. Previously posted at ICC in San Paolo, Buenos Aires and Madrid, he has been busy each year developing creative programs that provide a window on Italian culture and language for the diaspora and wider community. Last year, undeterred by the global pandemic, Guarneri led a hugely popular and fascinating program of events to mark the 700th anniversary of Dante’s death.

The IIC Dante-focused seminars have explored the impact of Dante’s works, including the Divina Commedia, from various aspects such as the poetic techniques adopted by the master in his writings.  In March, the IIC hosted Dantedì, a program of varied events such as seminars, exhibitions and film screenings. A highlight of Dantedì was the Recita Dante competition, specifically for Italian language university students. Three winners were awarded prizes to be spent on return flights to Italy (first prize was $2000, second was $1,500 and third,$1000).

Drawing on visual art and music as media for exploring themes, another fascinating event, Dante in pillole (Dante in small doses), recounted the poet’s life and work on panels, incorporating an illustration by the Italian artist Thomas Campi.  Musicando Dante provided a recitation by the Italian actress Rebecca Viora of excerpts from the three Canti accompanied by music played by the German orchestra KLASSIK Underground. Also, a video installation by artist Tilo Baumgärtel inspired by William Blake’s 102 illustrations of Dante’s masterpiece was a highlight.

Guarneri reminds us of the complexity behind the creative artistry of Dante’s works, as well as Dante the man: ‘La Divina Commedia' is regarded as a masterpiece because it the themes and lessons provided generalisable to society and the Commedia speaks to us just as it did the day it was written’.  Guarneri goes on to explain that Dante ‘was a vanguard in his thinking, he believed in a Church that served the people and the separation of Church and State. A very controversial political stance at the time—and an issue that is still part of our discussions today.’

‘Love is another theme that Dante explores in a way that later proved problematic for the Church’. Guarneri explains that Dante’s interpretation of Love is earthly, as was depicted in Canto V of the Inferno), when he meets the lovers Paolo and Francesca. The poet places the two lost souls, guilty of lust—Paolo was Francesca’s brother-in-law—in Hell, but only on the second Circle. Dante recognises that the story of the lovers is somehow redeemed through love.  The Church, however, became increasingly more conservative over time, interpreting passion and lust as amongst the worst of sins. Guarneri adds:

The Divine Comedy resonates with people today, including with the Church and people of faith. It talks to everyone, believers or not, since it is also a tale of freewill and the responsibility all of us must take for our actions.

Of course, a discussion on Dante could not be complete without noting his powerful influence on the Italian language. Guarneri points out that Italian has now been coloured by sayings and terms that have come directly from Dante’s works.

Considering that the IIC team behind the scenes comprises only five people, their results are impressive. Yet this small team actually stumbled upon a  literary treasure. As a result of the pandemic, the IIC Sydney set about reorganising their Dante 2021program.

Unable to invite experts from Italy or to host public events, the IIC turned to the power of the Internet and drew on local expertise and resources. In fact, this resulted in an incredible find—the discovery of a first edition of Dante’s masterpiece, at the University of Sydney’s Fisher Library. This copy of the Commedia, dated 1497, has a sketched portrait of the Virgin Mary inside its precious covers. The question now is to confirm the origins of these resources. Could the portrait have been executed by the Venetian painter Giorgione? Or was it, in fact, by the owner of the first edition? It is a mystery that is part of the work that Lillo Guarneri, and Segmento will be following.

The events around Dante have been numerous and will continue into early next year due to rescheduling around pandemic lockdowns. Next year will see the exquisite Queen Victoria Building in the heart of Sydney come alive with a philharmonic concert tribute to Dante, with three floors each representing Inferno, Purgatorio and Paradiso.

While everyone is engrossed in the complexity of Dante, the IIC team are already hard at work planning for 2022and beyond.  Guarneri’s mission is to challenge misguided stereotypes of Italy and Italians. In fact, the team are working closely with the Italian Embassy on ensuring that the many innovative contributions Italy has made in the fields of science, medicine and aerospace economy are more widely understood.

When asked if the directorship is a dream role, Guarneri responds with humility and pride:

"I consider [it] a privilege to hold the role of director of the institute. It is a great honor to represent the culture of Italy around the world and to be able to create programs to engage with the communities".

Undoubtedly, Guarneri and the team at IIC are making an indelible mark on how the migrant and broader community engage with aspects of Italian culture. His approach epitomises the incredibly pivotal role the IIC as an organisation fulfils around the world. We can look forward to a continuing rich program on Dante, the solution of the mystery behind the Dante first edition and a vibrant 2022 program.