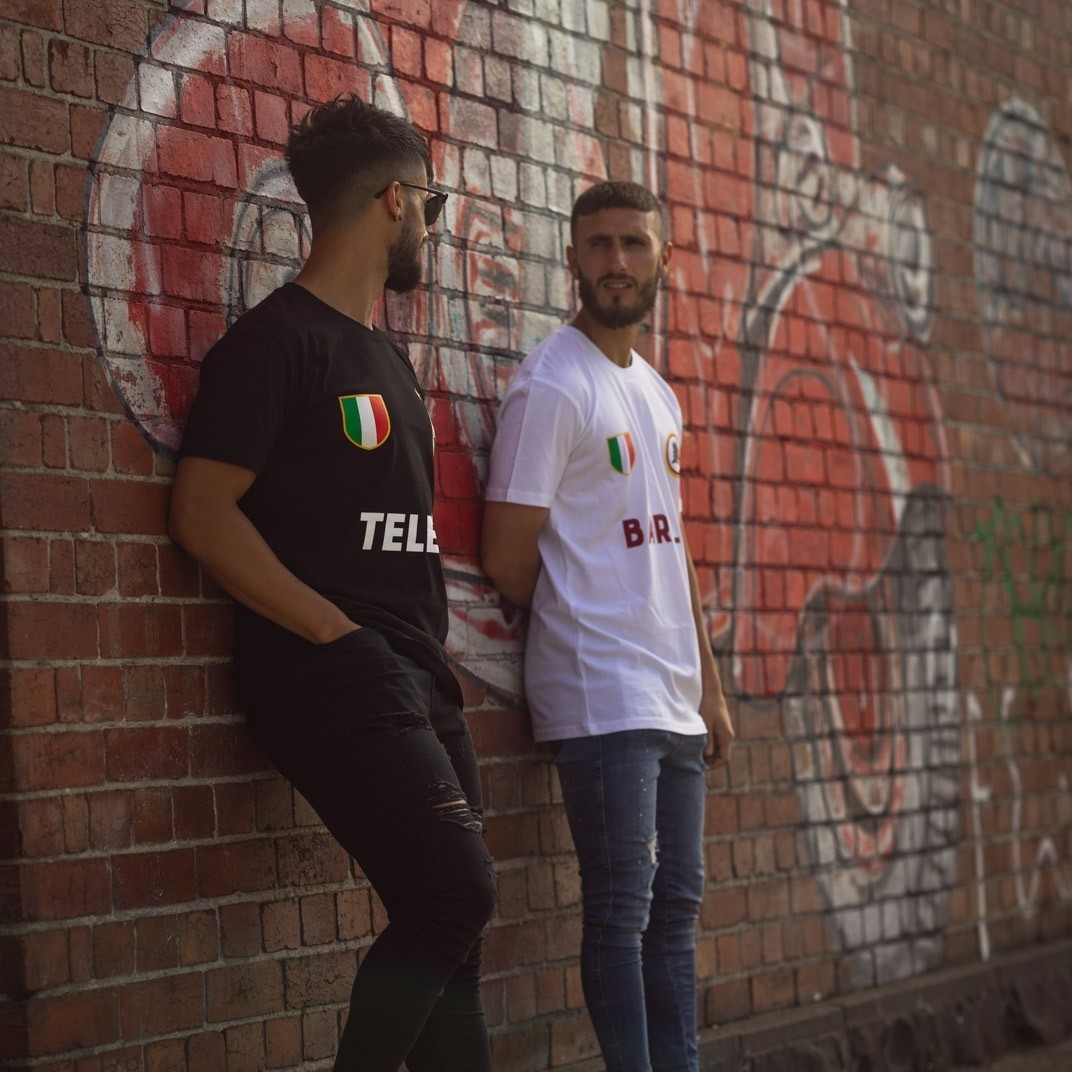 In 2016, Alessandro Verratti and Matteo Murone finally returned home from Genova, crushed, thinking all hope was lost. ‘I didn’t want to do anything but play soccer,’ Alessandro says, ‘I couldn’t accept that it was over.’

These two Australian-born athletes share a long history. When Matteo first joined Alessandro’s team at the age of 12 and scored the winning goal, the two were drawn to each other because of their shared Italian heritage. They recall communicating in Italian without being understood by the opposing team.

Showing equal promise from a young age, these two have been on a journey into the world of elite sports, facing hardship that is seldom discussed. Their young lives have been filled with training, travel and sacrifice, and both Matteo and Alessandro have suffered their share of bitter disappointment.

Alessandro Verratti’s international soccer journey started at 15 when he was asked to trial in the Palermo FC Primavera under 19s. The experience was astounding for Alessandro, just a child at the time. The three-week trial was over for Alessandro when he discovered he had osteitis pubis, a permanent groin injury.

Matteo Murone’s story began when the boys’ Melbourne team was sent to play at the famous Puskas Cup in Hungary. ‘We got absolutely slaughtered,’ they admit, with Real Madrid winning the tournament, but the boys did not back down.

One year later, a call from the Motherland came with an opportunity. At 18, the two believed this would be their last chance to play professionally. They jumped on a plane and were told that details would be dealt with upon arrival. Fitter than they had ever been, they were confident and excited.

Alessandro’s well-connected Uncle arranged training at the Eccellenza team at Palombaro, Provincia di Chieti. On arrival, the boys were promised trials for Pescara and Lanciano FC. They had not even finished sipping their espresso when Alessandro’s Uncle’s friend burst into their room.

‘You have a trial at Pescara in an hour,’ the boys were told. Pescara was forty minutes away. They grabbed their kits and were off.

In Pescara an intense two hours of training at world-class fitness level left them feeling inadequate. But, they say, it quickly turned into awe. Italy, famous soccer players, and your best friend by your side. ‘What more could we ask for?’

Their gratitude was enough to sustain their enthusiasm. When the trial was unsuccessful they asked themselves, ‘What’s next?’

Another connection with Chieti FC, Serie C, kept them hopeful. They trained for three months during the non-transfer period with a plan to lock in contracts for the next season. This time, Italian bureaucracy stood in the way. The boys couldn’t get their residency permits in time and the season ended.

The next opportunity came at Genoa’s training academy. A place to train at a high level whilst preparing for other trials. They maintained their fitness, and their agents would take a percentage of the price if they were to get signed.

Matteo soon made the decision to fly back to Melbourne for personal reasons.

Alessandro was saddened that his best friend would be leaving him, but continued on without Matt. He felt alone, in a dark place with no friends or family. A Serie B trial came up for him, for Spain’s Llieda Esportiu under 23s. Alessandro had three days to win them over. A different playing culture that he had to adjust to, kept him curious about the verdict. The agent said he would negotiate the contract. It was only 24 hours later that the Spanish team went from covering all costs, to refusing the proposed contract after the agent attempted to insert shifty clauses to obtain a percentage of the transfer.

Matteo discusses depression and not being able to imagine a life without soccer. ‘Everybody leaves this part out,’ he says, of the emotional toll that the short-lived career in sports takes on the athlete. He didn’t leave home for weeks.

Their notoriety within their community also, in some ways, made things harder. ‘(Everybody had said) you boys are going to make it,’ Alessandro says. Failing to meet expectations carried with it a certain shame. Of his attempt to study at University, Alessandro says, ‘It just didn’t feel right.’

After deferring for one year, Alessandro and Matteo both enrolled in business courses, and decided to create ‘Calcio Club’, a range of casual T-shirts sporting the names of world-class Italian soccer teams, in retro styles from the 70s, 80s and 90s that have correlated with famous stars such as Francesco Totti, Roberto Baggio and Maradona.   Their passion for Calcio (the Italian word for soccer) is as alive as ever, and it is now kept alive through this new, joint business venture.

‘We were just having a coffee and talking about ways to keep passion a part of our lives,’ says Alessandro. ‘We wanted to capture our story into the brand.’ After the launch of their brand at the beginning of last April, they have managed to get the attention of a very receptive audience.

‘It’s retro streetwear you can wear while having a kick but also something to give your outfit an edgy, but classy look,’ they boys say.

Their ultimate goal is to make this brand grow, to embrace the nostalgic feeling for those who love the beautiful game. Alessandro and Matteo, whose hearts are in Italy, are seeking to create a community for like-minded fans. They are inspired by the passion they found in Italy, especially around watching soccer.

Like the game itself, Calcio Club is more than just a t-shirt, says Alessandro.

‘It’s a brand, but also a lifestyle.’