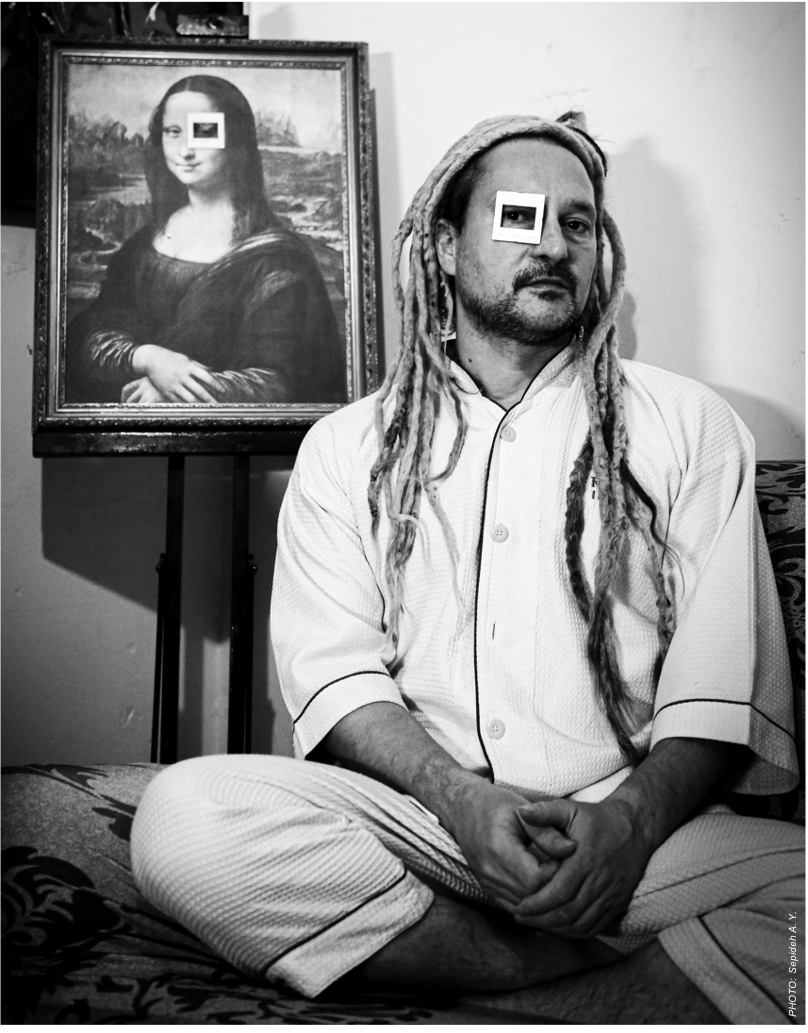 Back to the Mould: what we think is "gone" is full of life

Segmento - Unapologetically Italian spoke with artist and physicist Matteo Volpi about his exhibition "Back to the Mould" which is a breaking down borders between art and science.

‍Dai diamanti non nasce niente, dal letame nascono i fiori... (from diamonds nothing is born, from manure come flowers) is a famous line from Via del Campo (1967), a song by the beloved and missed Italian songwriter Fabrizio De André. These words come to mind while visiting Back to the Mould, the photography exhibition by Matteo Volpi currently on show at CO.AS.IT. until May 6, 2022.

Volpi’s work consists of a large series of slides in 24x36mm plastic frames, which through the creative use of mould, gave life to mesmerising images. This has been achieved through a process of deterioration and transformation that the artist masters skilfully. Although practising analogic photography since a young age, Volpi is a physicist who is specialised in High Energy Particle Physics, and therefore, is familiar with interactions, processes, and transformation. Displaying original slides, cameras, and samples of moulding images, the exhibition illustrates, step by step, this unique method that Volpi defines as 'a biological remix.’

Yes, mould. The most unwelcome fungus that can infest the perfectly painted walls of our homes, and which we scramble to remove drawing on the tons of products that exist to combat the invasion of mould. Through Volpi’s creativity, mould is now an agent in creating a piece of art to then be presented, vibrantly hanging on walls! How did this happen? Everything started in 2017 at CERN, the European Organization for Nuclear Research in Switzerland, where Volpi used to work. He discovered a series of 35mm slides abandoned in the archives, poorly preserved and mouldy. The photographic film is indeed an emulsion of light-sensitive chemicals, colourants, and collagen issues (usually coming from cows) that provide “food” to microorganisms in the surrounding environment. Mould proliferates when these environments are hot and extremely humid. In the case of Volpi’s find in CERN, the bacteria had slowly eaten away at the gelatine on the films.

Curiosity killed the cat, mould brought it back! Volpi and his colleague Jean-Yves Le Meur digitalised the slides and printed them, and the outcomes were simply mind-blowing: ‘as cosmic particles crossing the earth, colours and shapes in the original images had been altered chaotically, while the underlying framework of the original photography had kept its design.’ Visiting the exhibition, the viewers come across photographs that seem to depict galaxies hosting multiple dimensions. Some elements are recognisable: Central Park in NY, Melbourne’s QV Market, a self-portrait of the artist in Italy – everything else is finds its location in the eye of the beholder, offering what is a performative experience in which the viewer is not just a passive spectator but an active participant undertaking a psychedelic journey.

Volpi has been working restlessly on this exciting collision between physics, chemistry, biology, and art. He has taken hundreds of photos and let the mould work on them. ‘Mould is the real artist,’ he says, ‘and although I interact with its process by applying Vanish on the slides, which is like painting tome, I can never fully predict the outcomes.’ Unpredictability is what keeps Volpi going, ‘the creation of colours and shapes that I never get bored of. The fact that everyone, every time, can see different things in them.’

Beyond its fascinating aesthetics, this exhibition has the merit of demonstrating that art and science aren’t two separate worlds, as one may think. There’s rigour and exactness in the first as well as creativity and recklessness in the latter. When they meet, magic happens! Like a magician or an alchemist, the artist enthusiastically guides visitors on this adventure which is as informative as it is visionary.

‘Matteo, what’s next?’, I ask. ‘I want to experiment with new materials…let’s see where mould leads me.’

I leave the exhibition and the world outside looks like augmented reality now. I pass by a wall covered in mould and I smile as if I was watching a rainbow. To paraphrase De André, dai diamanti non nasce niente, dalla muffa nascon colori... – from diamonds nothing is born, from mould come colours. Grazie, Matteo!

Many Happy Returns, an interview with Senator Giacobbe