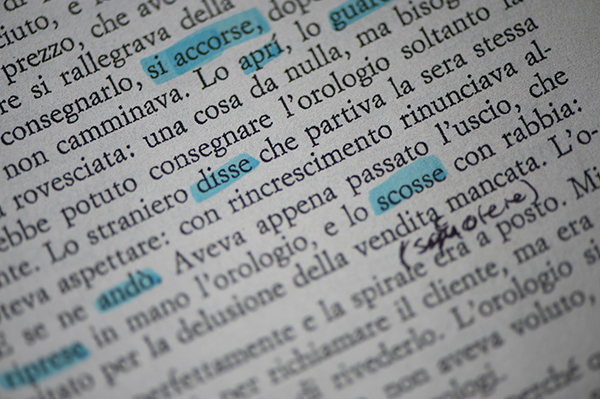 When we think of linguistic influences in Australian culture we often think of the languages brought to us by migrants from foreign lands.

Dialects and regional variants reflect the adaptations and growth of societies in respect to the environment they find themselves in.

In the case of Italian, two phenomena have occurred; we note the birth of Italian-Australian, a unique branding of regional dialects mixed with Australian-English, and then there’s the proliferation of standardised Italian in the English language, used meaningfully as culturally accepted terms. Though the former is easily attributed to the Italian migration history in Australia, the latter isn’t as straightforward to contextualise.

The inter-war period of the early 20th century gave light to pro-British ideals and a somewhat patriotic view of the importance of “British English” in Australia. Culturally, there was little room to appreciate the Italian language – Australia was at war with Italy, after all. Despite this, Italian language education in Australia prevailed (fuelled by the presence of those Italian migrants), and the language in general has since solidified its presence in our Australian vernacular.

“I’ll have a cappuccino, please.”

“Have you seen the new al fresco area?”

“Begin reading from the second stanza…”

“A pizza margherita, thanks.”

“Check out my new stiletto heels.”

Traces of the Italian language are scattered about the English and non-English speaking worlds. Even without fluency in the language, one knows the meaning of key Italian words we love and use in our day-to-day lives. Now, I am no professor of linguistics, but years of being an Italian language teacher have taught me a few things. A metalinguistic appreciation of these Italian gems reveals particular trends. Italian terms dominate the fields of cuisine, the arts, music, architecture, literature and geography, being some of the most beautiful subsets of culture.

Ample literature exists that seeks to unpack the reasons behind this kind of language “borrowing”. It speaks of language roots and language families, much like a family tree. Italian language roots stem back to grandmother and grandfather Latin, with cousins and aunties and uncles in French, Spanish, Catalan, Romanian and Portuguese.

Though the Italian language has evolved significantly over the centuries, the Italian spoken today - l’italiano standard - derives from the regional Tuscan dialect spoken in Florence in the 13th century. Naturally, it has been polished and perfected over the years, with the Renaissance, again centered in Florence, giving birth to renewed love and appreciation of the arts, knowledge and sciences. The transference and movement of knowledge and people through this time period has surely solidified Italian terminology in those fields, unchanged after some 700 years.

The use of Italian words in English is a beautiful thing. Using such highly specific words, imbued with cultural and historical significance is a joy to be treasured. It shows not only the journey made by the Italian language, but also the relevance and significance it holds in today’s society. The sound and rhythm of these words and phrases may indeed alter on our English tongues (‘bruschetta’ is a point of tension for me, and we won’t even start on espresso!), but their importance remains untainted.

People often ask me:       “Why should we still be speaking Italian in Australia today?”

I respond with: “You already know more Italian than you think. Italian is a global language, as Italy is a hub for culture and knowledge; it always has been, and always will be.”

They look at me cock-eyed at that point, somewhat unconvinced.

“Enjoying your espresso and tiramisù there, are you?” I ask.

Many English words have entered the Italian language but the same can be said the other way around.