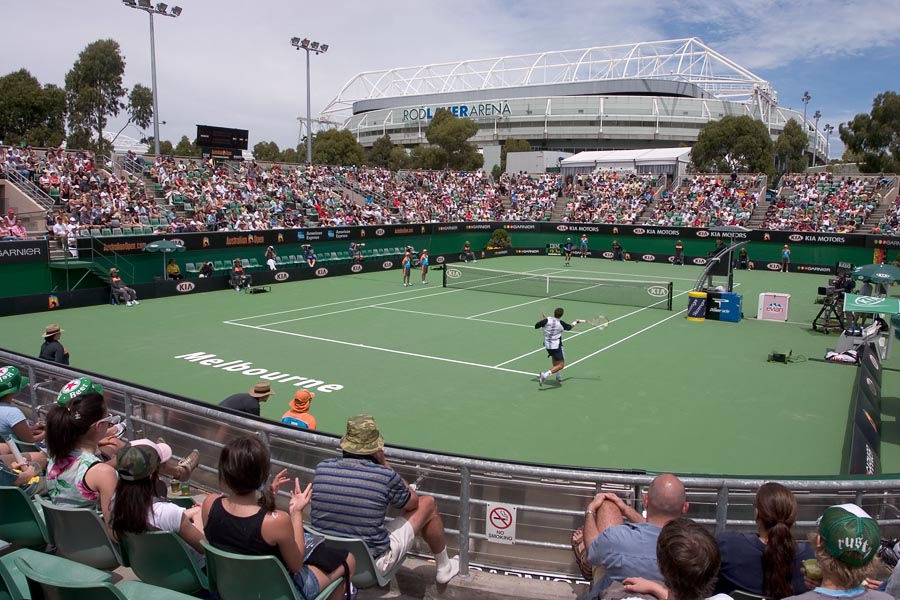 5 Ways to Entertain Yourself in Melbourne

As anyone who’s spent time exploring Australia knows, Melbourne is a very fun city. Known largely for sport, adventure, and nearby beaches, it’s the capital of Victoria and a very popular tourist destination.

There’s a great deal to be said to anyone looking into visiting for the first time regarding where to stay, where to eat, fun day trips, what to expect from the culture, etc. But here we’re focusing on some of the basics any traveler will want covered: how to have fun in the city.

Specifically we’ve singled out five ways to entertain yourself in Melbourne.

Your ability to take in a sporting event while you’re in Melbourne depends to some extent on scheduling. But there’s an argument to be made that this is the best sports city in the world, or at least up there with the likes of London and New York.

Melbourne sporting events occur all through the year and include major competitions like tennis’s Australian Open, Formula 1’s Australian Grand Prix, and horse racing’s Melbourne Cup Carnvial, to name a few. And that’s to say nothing of golf tournaments, sailing regattas, marathons, football, rugby, and cricket! The city just loves its sports, and taking in any kind of match or tournament is a blast.

Port Campbell National Park is near Melbourne and makes for one of the better sightseeing expeditions in Australia – which is really saying something. Known mostly for the “Twelve Apostles,” 12 stunning rock formations sticking up from the ground, its’ a massive park offering everything from scenic roads and viewing platforms to helicopter tours (which actually aren’t too expensive). But a hike through the area is a great way to spend a chunk of your day.

The Games at Crown Melbourne

There are some misconceptions about the casino culture in Australia, perhaps stemming from an international feeling that anything goes “down under.” Particularly online however things are a little more restricted than people think. Online gambling takes place throughout Australia, but only sports betting and lottery – not casino gaming. Thus, even the locals have to find another option, and The Crown Melbourne provides just that. This is by no means a casino city, but The Crown has a very professional casino full of all the traditional gaming options, along with beautiful surroundings, in-house bars, etc. It’s a great place for a night out.

Australia is known for its unique wildlife, and while you can see a lot of cool animals in the wild if you know where to go, you can see just about everything the country has to offer at the Melbourne Zoo. Having been open for over 150 years, it’s still a wonderful place to hang out. You’ll see kangaroos, platypuses, koalas, and other native Australian animals, as well as some more traditional zoo animals like giraffes and elephants.

This is a little bit more of a niche idea, or even an off-the-beaten-path option. It’s not obscure, but it’s not typically at the top of tourism lists in Melbourne either. Nevertheless, Rooftop Cinema is a very fun attraction. Literally just a cinema on a roof in the heart of Melbourne, it shows both modern and classic films on an outdoor projection screen. You can pick a table, sit with friends, enjoy refreshments and nice weather, and watch a movie with the skyline in the background. It’s a simple activity, but the sort of thing that really makes you feel like you’re getting to know a city.