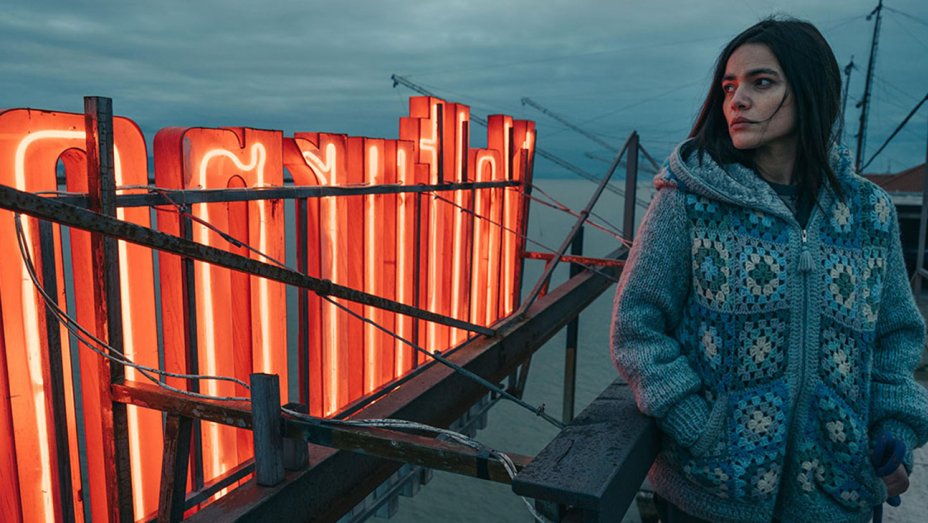 Visually, clear similarities can also be drawn between Il vizio della speranza and neorealist Dogman (Matteo Garrone, 2018), where a lone individual similarly takes us on a shaky journey through muddy streets and the protagonist is equally exploited – even if in De Angelis’ film the exploited was once herself exploiting others. All three films feature not entirely likeable antiheroes who are more or less realistic and whose on-screen ordeals reflect societal malaise at large and a system that fails the underdog. This, including sexual exploitation and migration, have become some of the main themes focussed on not only by De Angelis in this new movie but also in festivals like the recent Melbourne International Film Festival (MIFF) and the upcoming Sydney Latin American Film Festival (SLAFF) – whose festival programmer Giselle Gallego explains that

‍This year the festival focuses on migration and the individuals and communities who are impacted by a wide range of social justice issues. There are many stories in the program that look at the individual experience of these communities, and what it means to live in the world we live in today. (Filmink, 2019).

The regularity with which burning issues like migration, poverty and displacement  ̶  as well as gender related issues like prostitution and trafficking of women and children  ̶  are focussed on in both mainstream media and the arts (including in Ai Weiwei’s 2019 documentary film The Rest which portrays the many migrants and refugees precariously making their way across Europe as we speak) highlights their urgency. Il vizio della speranza is a good example of this. The film can be read as a narrative describing the world at large today; a world fraught with challenges and where people are being displaced in ever growing numbers.

Enzo Avitabile, composer for Indivisibili, has here again been called upon to put together a soundtrack which includes African elements and which subtly highlights the misery of the characters, many of whom are African migrants working as sex workers. Concerned with child trafficking, Il vizio della speranza  ̶  almost entirely shot in drab colour schemes with the occasional neon lights symbolically reflecting the commercial aspects of the sex trade and its commodification of people  ̶  focusses our attention on a few main characters, of whom hardened survivor Maria (an Angelina Jolie-looking Pina Turco) plays her part in the exploitation of African prostitutes and assists in handing over their newborn babies to be traded away, their mothers disposed of. Maria steps up as the protagonist who tries to navigate the system the best she can. It is not until she herself falls pregnant, her condition most probably the result of abuse, and prey to the system all at once that her moral conscience gradually takes over and she decides to take her fate into her own hands.

In De Angelis’ film norms are challenged and roles reversed when Maria, the exploiter, momentarily finds refuge amongst the exploited: African women take her in and envelop Maria in a spirit of community until she again takes to the streets and faces the external squalor. White exploits black while black unexpectedly accommodate the white. The black women in the film demonstrate, through their actions, that community spirit and ethnic values can be upheld in spite of external suffering and a desperate migrant existence also in Italy today. Dignity, solidarity and collective joy are elements that make the intolerable slightly more tolerable.

De Angelis’ film is taxing and often difficult to watch despite the ultimately undefeated female protagonist. By and large, hope seems nowhere to be seen. The film title already grim, it is later echoed by a dry and matter-of-fact comment by main hustler and employer Aunt Mari (played by a grim-faced Maria Confalone):

You haven’t done anything wrong

You just wanted a baby too

You fell for this bullshit called hope

The doctor always told you it was pointless to hope

Yet despite it all, rather surprisingly the film ends on a hopeful note, even if this hope is flickering. The comparatively happy final scene where Maria eventually has something to look forward to detracts from the darkness that had imbued the narrative up until then and somewhat romanticises the poverty and hardship that had been defining elements in the movie thus far. Still, it is positive to see that De Angelis doesn’t always believe in the lasting validity of some of his own characters’ crass statements and that he may, ultimately, be more hopeful than them  ̶  showing them the road out of misery.