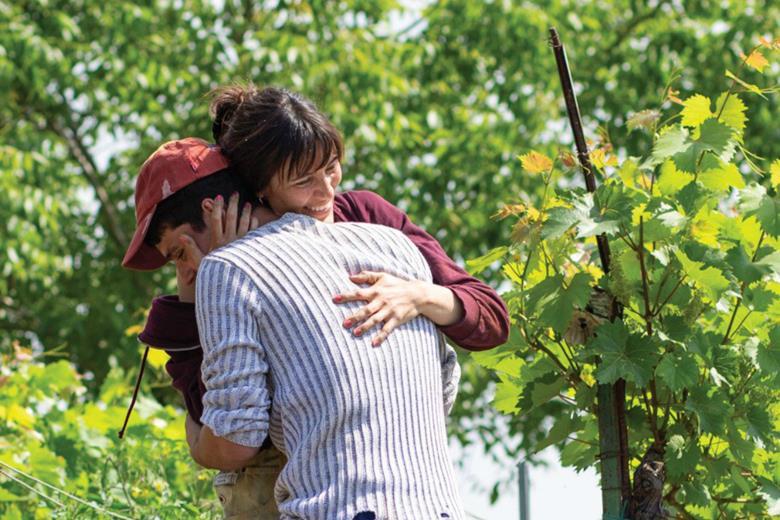 Its Italian title brings to mind Ettore Scola’s Una giornata particolare, although the two films have little in common beyond their similar sounding titles. Importantly, while Scola’s 1977 film is ultimately hopeful, D’Emilio seems less optimistic about the future in a story with a dire outcome and where maybe the only real benefit drawn by his young protagonist is to grow up hard and fast; his road to maturity and wisdom rocky and challenging. Translated into English as If Life Gives You Lemons, this straightforward and overly revealing title emphasises what D’Emilio’s film is really about: a bittersweet tale about pain and sadness which, even if it has its moments of joy and happiness, is ultimately heartbreaking to watch – realistic in its portrayal of the main characters.

A “quietly effective Italian drama” (Stephen Witty, 6 September, 2018) Un giorno all’improvviso focuses on the intense attachment between an Italian woman, Miriam (interpreted with bravado by Anna Foglietta who received a Nastro d’Argento award for her performance) and her teenage son (sensitively played by Giampiero De Concilio). Their loving but challenging, suffocating and very symbiotic relationship – with the mentally unstable Miriam leaning on Antonio for emotional support after her damaging breakup with her ex  ̶  becomes the driving force that propels the story onward. Set in Campania in southern Italy with the characters chatting away in speedy Neapolitan, the plot revolves around two troubled individuals whose lives are impacted by absent yet present Antonio’s father, who casts a long shadow by still playing on Miriam’s mind even if he is generally physically absent from her life. Thematically the film centres on youths, football, and a small but important lemon orchard which becomes a character in its own right – a silent witness to the emotional rollercoaster that defines Miriam’s and Antonio’s relationship, and a provider of financial and nutritional sustenance for them both, all at once.

Deprived of proper schooling, Antonio increasingly turns his career focus to football. His dedication pays off and while on his way to becoming a professional player he experiences love with a girl his own age, and receives the unasked-for but significant blessing from his mother along the way. She assures him that:

‍Having a girlfriend is a good thing: You go out, you make love, have children, a family, grow old together, die hand in hand. Love’s beautiful. Without love the mountains would be all immobile.

Miriam, a believer in the poetry of love but unable to enjoy a balanced and normalised relationship with her own son, one that can provide him with a sense of harmony, is often explosive and erratic. Calm one moment, she is all the more anxious, angry and hyper-reactive the other. She asks too much of Antonio, draws him too close, suffocates him with her intense need for love, attention and affection and threatens his prospects of excelling in his career, yet he himself doesn’t seem to realise the harm she causes him (we do, as an audience). In the film Miriam spends her days at home alternatively drugged up on marijuana and beer, alternatively dozing or momentarily dozing off, and the days she does not tend to her lemons in the field, she harasses her bartending ex-lover who eventually reacts in fury to her constant visits. Her mood erratic and her mind troubled, her love for Antonio is most certainly sincere – as is his for her – but it is also extremely possessive. The film highlights the complexity of this mother-son relationship, a love that makes Antonio reject any other woman and give his full support to Miriam – at all times.

The emotional turmoil that lurks behind almost every scene in this painfully authentic movie finally comes to the fore in such a way that it triggers a dramatic narrative showdown. The film leaves us with two lingering questions: Is Antonio, now without Miriam on his side, capable of voluntarily embracing a simpler and more straightforward life, void of the many complexities she brought him and which he had grown used to? Will he at age 17 find the freedom he needs to be able to welcome new opportunities into his life, without guilt or regret  ̶  facing the world on his own while finding someone to love not comparable with his mother? The film is open-ended, which only adds to its authenticity.