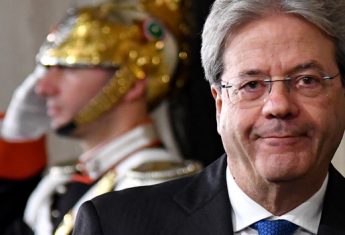 Since becoming a republic in 1946, Italy has had 28 Prime Ministers which is by far the largest number recorded by any Western democracy in the same period.It is politics Italian-style, which means never letting anyone become established at the helm of government.

Many suggest this is due to Italians having suffered the dreadful consequences of Fascism when Mussolini was allowed to settle in as Prime Minister, and given time to entrench himself in power. This theory however is contradicted by the fact that before Fascism, the trend was the same.

From its birth as a unified nation in 1861 to 1922 when Mussolini became prime minister – the same lapse of time (sixty-one years) from the proclamation of the Italian Republic until today – Italy had an even greater number of Prime Ministers, thirty to be precise.

Apart from the animosity and factionalism of Italian politics, there is a contributing factor for this frequent turnover. In Italy, political power has traditionally been used to bestow favours on one’s supporters, relatives and friends as opposed to carrying the load of a responsible government.

As a result, this has generated a constant rivalry for the Prime Ministership. The problem though is that such positions tend to be inherently vulnerable because it creates more enemies than friends, hence the long sequence of prime ministers in the relatively short history of Italy as a nation.

There have of course been exceptions to this rule with the case of the recently appointed Italian Prime Minister Paolo Gentiloni, who got the coveted job by accident, so to speak. Despite his long-standing public career, he has never shown any inclination or ambition to rise to a position of great power. He is a reserved, low-key, sixty-three year old politician who has always preferred working backstage rather than in the spotlight of politics.

Commenting on his Prime Ministerial appointment on 12 December last year, a BBC reporter described him as: “reminiscent of the butler in the novel Remains of the Day, whose greatest ambition was to be in a room without anyone noticing he was there.”

He is a descendant of an aristocratic family from Tolentino in the central eastern Italian region of Marche. One of his ancestors, Vincenzo Ottorino Gentiloni, was the originator of the so-called “Patto Gentiloni,” which in 1913 put an end to the Vatican policy sanctioning the abstention of Italian Catholics from voting in parliamentary elections.

Paolo Gentiloni is a journalist by trade who ran a Green magazine in the 1980’s before becoming press secretary to then Rome mayor Francesco Rutelli in 1993, and later communications minister in Romano Prodi’s centre-left 2006-2008 government.

When Renzi eventually worked his way up from leader of the Democratic Party to Italian prime minister in 2014, Gentiloni was called to head the Ministry of Foreign Affairs after his short-lived predecessor, Federica Mogherini, became the EU high representative for foreign affairs and security policy.

On account of his lack of international experience, many political analysts argued that his designation was a reward of sorts for being a reliable and unthreatening supporter of Renzi. but He soon proved them wrong by effectively handling, both with firmness and diplomacy, highly sensitive cases including two Italian marines forcibly kept in India under the unsubstantiated accusation of intentionally killing two Indian fishermen, and the brutal murder in Cairo of the student Giulio Regeni deceitfully accounted for by the Egyptian police as a road accident.

Without him aiming for it, he was recruited for the role of Prime Minister, after the constitutional referendum defeat that forced Matteo Renzi to resign in early December last year. The opposition parties attacked his appointment saying he was hand-picked to keep warm the place until Renzi’s return. The populist Five Star Movement mocked him as “Renzi’s puppet.”Eight months later, Paolo Gentiloni appears to have been the right choice, particularly in Italy’s current political climate inflamed by the economic malaise of many of its people, and the endless arrival of large numbers of genuine or self-proclaimed refugees. He might eventually succumb to the severity of these circumstances but judging from his performance so far, it looks to be seen that at the end of his tenure, he will be regarded as a Prime Minister who could keep Italy afloat and steer it through stormy waters.

Paolo Gentiloni is a capable and refined negotiator both in domestic and international affairs. Examples of this can be drawn by the way he convinced his party to temporarily withdraw an untimely bill amending the law on citizenship, and from his success in bolstering Italy’s relations with China.

As foreign affairs minister, he chose one of the best Italian diplomat, Ettore Sequi, as ambassador to China. As Prime Minister he could reap the benefits of that choice by having Italy ranked by China as a favoured western economic partner. This endorsement was sealed when ambassador Sequi successfully gained Mr Gentiloni and his wife the privilege of sitting next to President Xi Jinping and his wife, at the opening ceremony of the “international “Belt & Road Forum” recently held in Beijing. Italy and China are today closer than ever: Italian ports will have a major role as European terminals of the new maritime Silk Road. Not bad at all for an accidental Prime Minister.