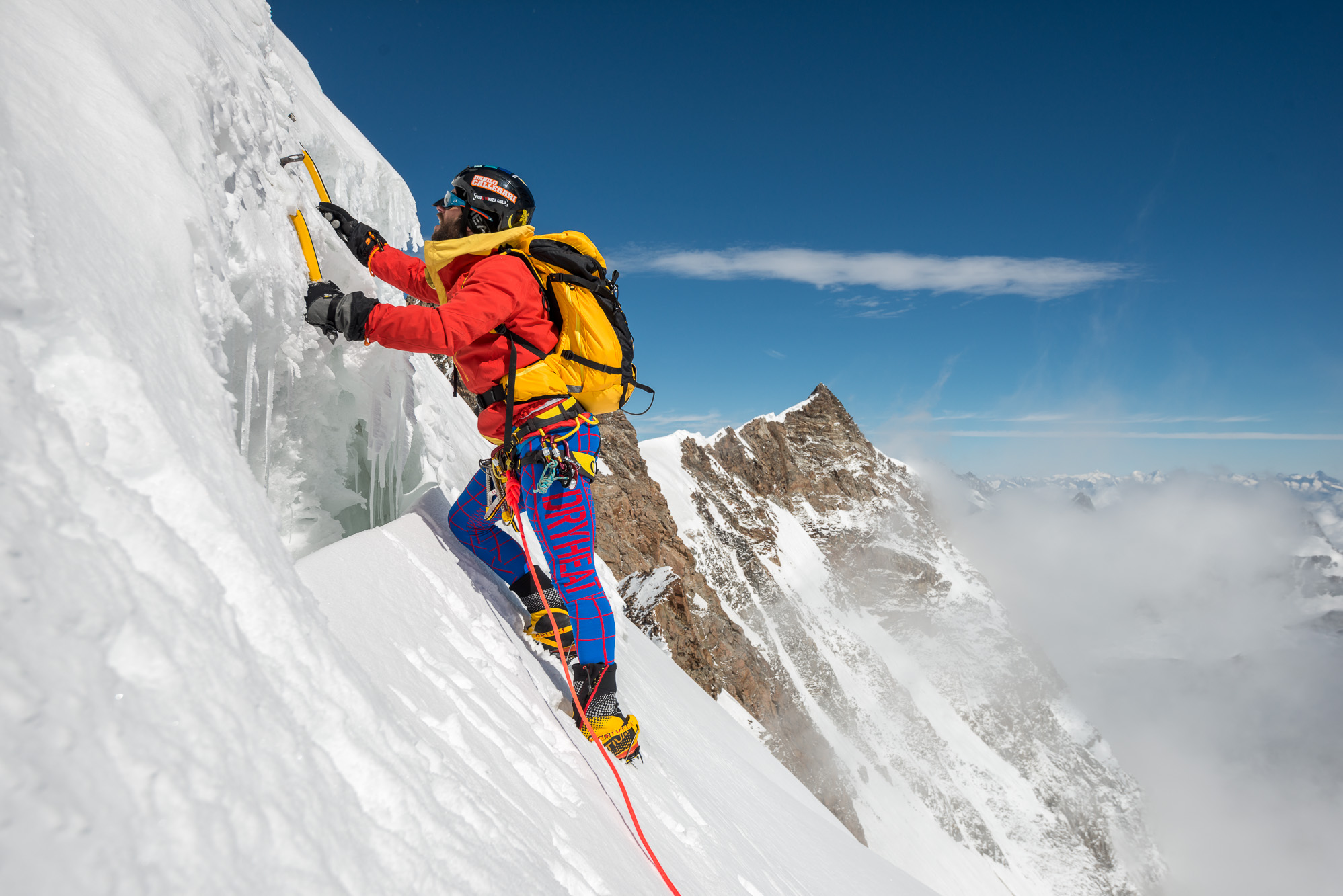 Trying the impossible to live life to the fullest

Imagine yourself underwater without breathing. How long could you last? Check the clock... seconds are passing in an extremely slow pace. Or to climb a mountain barefoot, no protection at all, just the steep wall, the heights, the dizziness, and your fingertips bleeding.

Then there is Everest, and all the Himalayan peaks that have claimed so many souls over the course of history. The blisters get worse as you ascend, snow and impetuous winds at minus temperatures, fighting for survival... and if you get it, what an emotionial moment, looking at the world from the highest peak!

Mountaineers, solo climbers, skydivers, freedivers, explorers and so on, the rich and diverse conformation of the Italian landscape has always attracted intrepid adventures willing to push their human limits and challenge the nature in its wild spirit.

Just to name a few of the past, Pellizzari, Bonatti and Messner, Manolo, and Brighetti, they are legends today.

Although not getting much media attention, as soccer would normally do, extreme sports in Italy keep attracting and popping up new generations of athletes eager to experience life at his fullest.

It would take a whole book to tell the stories of all those heroes but the following profiles are emblematic of the incredible extreme athletes that have been sprouting in Italy in the last few years.

She is the fastest woman on earth proved through the world's fastest non-motorised sport, the speed skiing. With an acceleration of 0-200 km/h in only 5 seconds, on a slope that on the maximum pitch reaches 98%, Valentina achieved the female world record in such discipline at the World Championship of Vars, in France of March 2016. Her speed: 247,083 km/h. During the performance, concentration must be at a very high level to keep the balance and understand the terrain beneath the feet. A huge effort is made by the core muscles in facing the pressure of the air. Only at the end is the adrenaline finally released.

With 6 litres of lung capacity, Alessia can hold her breath for over 7 minutes, descending up to 93 meters deep into the ocean waters in constant weight. This means using exclusively a monofin, without ballast, a record that earned her the World Gold Medal in 2015. Nothing can stop her from exploring the deep blue, except the fear of the great white shark which has prevented her so far from freediving in Australia.

At the age of fourteen, while riding with his friends, Jack broke some teeth and part of his face due to a car accident. Instead of giving up the bike, he devoted himself to it. Since then, he has spent every day “on the saddle,” learning all the possible tricks to master the bike in categories such as all mountain, dirt jumping, and freeride. Also known as the first Italian to have performed backflips during competions, and after several injuries, today Jack is a MTB guru, with the goal to teach new riders the secrets to ride safely.

Last year he conquered the eighth highest mountain peak in the world, the Manaslu, a wall of rock and ice located in the Himalayas: 8.163 meters, solo and without the aid of oxygen. This feat shows Daniele's inner need to ascend toward the sky and pray in front of the stupas, looking for a blessing. This is only one of the many achievements in his “7 summits solo project”, aimed to reach the highest peaks of each continent, combining alpine style climbing with other extreme disciplines. Just the year before, after swimming non-stop 50 km in the Indian Ocean, from Zanzibar to the shore of Tanzania, and from there running for 27 days the 1.150 km to the base camp of the Kilimanjaro peak (5.895 meters), he climbed the mountain, up and down, in 21 hours, concluding his so called Africa Extreme adventure.