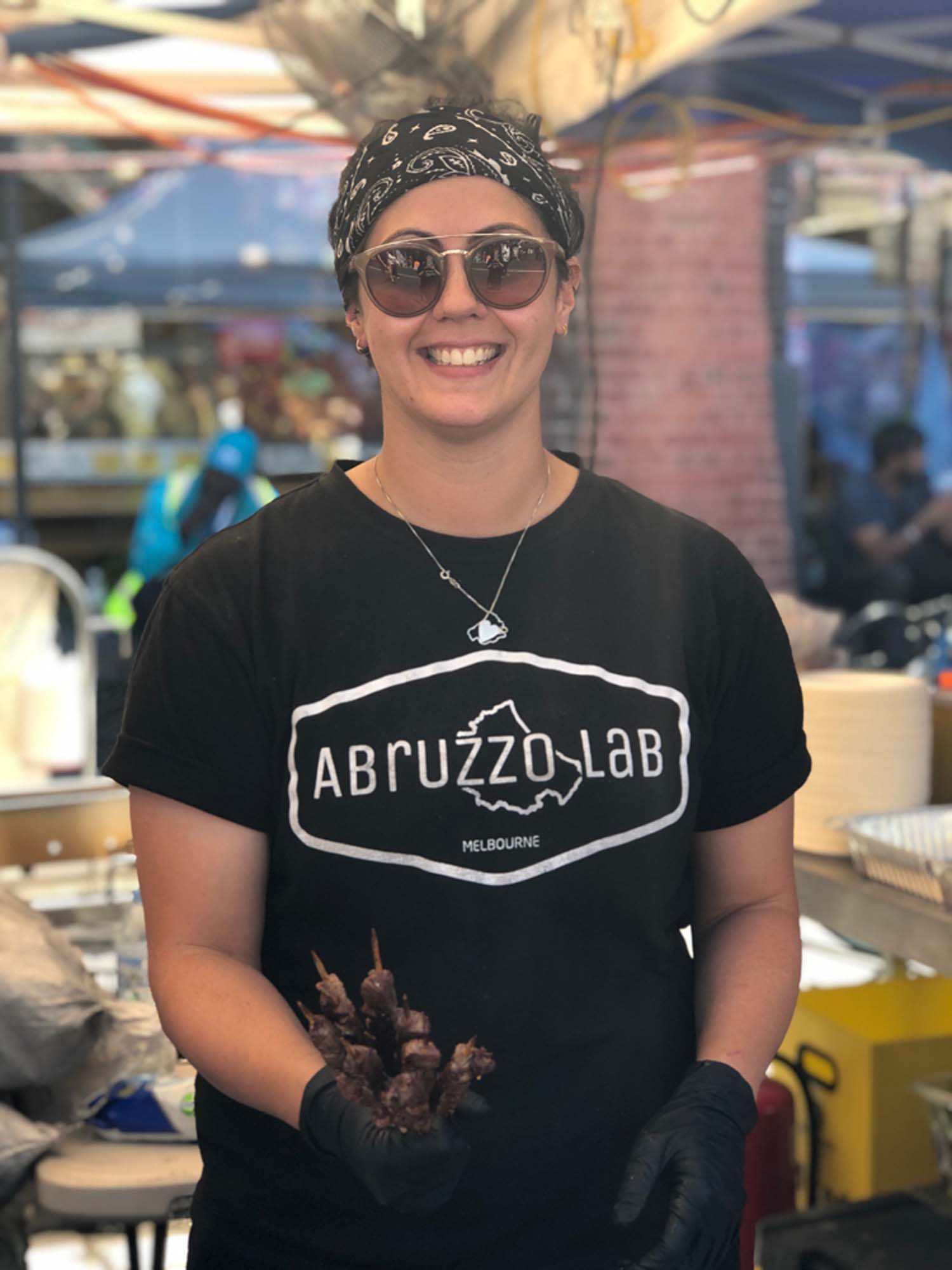 The story of a "call" that can't be ignored

Like Penelope Green in the famous novel "When in Rome", Michelle Di Pietro leaves everything, career, home, family and friends to chase the infamous Italian dream and finally live the "dolce vita". (Photo Courtesy of Michelle Di Pietro)

But let's go in order.

Michelle was born in Melbourne to parents of Abruzzese origin. She is a chef and has a disproportionate love for Italy, and in particular for Abruzzo, the homeland of her family. Up until the age of 20 she had only ever heard of Italy from her grandparents' stories, which fascinated her. Finally, in 2008 she travelled for the first time with her family to the ‘Bel Paese’.

Michelle visited the must-see places: Rome, Florence, Venice and spent a lot of time between Filetto and Campo di Giove, small villages in the Province of Chieti and Aquila where most of her family lives.

"I couldn’t believe I was there for real," she says in perfect Italian. "I remember that the first few days weren’t easy due to the language barrier. I knew a few words in dialect (which I thought was Italian!) that I had learned from my grandparents. Moreover, my family in Abruzzo didn’t speak English and the difficulty in making myself understood became evident. Nevertheless, I felt immediately at home”.

"It was a love at first sight for Abruzzo,” she says proudly. “My relatives took me around to show me the beauty of this region. The more time I spent in there, the more my desire to stay grew. I wanted to live like an Italian and I wanted to feel Italian. In Melbourne I had everything, a good career, my friends - but you know when you have that feeling that something’s missing?!" After her vacation Michelle returned to Australia and continued her career as a chef, working for great restaurants in Melbourne. Despite this, the desire to change her life was so strong that in 2010 she returned to Italy, but this time to stay.

"The second time wasn’t all fun and games,” she says. “The reality of working in Italy isn’t the best, even for me. I didn’t speak perfect Italian and I hadn’t studied as a chef in Italy. I tried everything, I also offered to work for free but no one at the time gave me a chance. I can confirm that the Italians are very hospitable, but when it comes to cooking they are really wary! The other discriminating factor was that I was a woman and an Australian chef."

Thanks to her tenacity and great passion for being the kitchen, Michelle learned the secrets of traditional Abruzzo recipes from her aunts and relatives. She reinvented herself by organising private dinners at a friend's place. The first dinner was such a great success that the experiment continued with cooking courses, first for children and then for adults. Thanks to this wonderful idea Michelle soon received an important call: a job offer from a famous restaurant in Chieti that soon became her second family, giving her a permanent contract. It was there that Michelle gave the best of herself, delighting in Italian recipes and offering dishes and recipes from her Australian culinary experience. "It was incredible. After doing some cooking tests, which were rigorously Italian, and a trial week, they offered me a permanent contract, the first one. My friends told me I was very lucky, not only for the job offer, but because it became a point of reference for me. I learned so much from my last work experience and I finally felt integrated into the place that became my home. One day I was talking to my aunt Emma and she, in her funny dialect, looking into my eyes said: "Michelle, now is the time to turn your passion into something for yourself, to open your own restaurant." The idea floated around in my head for a while, but I wasn’t sure I wanted to go down that path. The news of the arrival of my first nephew and the joy of being able to hug him encouraged me to make a decision. After 6 years spent chasing and living my Italian dream I decided that my time in Abruzzo was over and that my task, from that moment on, would be to bring Abruzzo to Australia. It was from that point that ‘Abruzzo Lab’ was born - my little corner dedicated to the "Terra Verde" and to my love for the Abruzzese cuisine.”