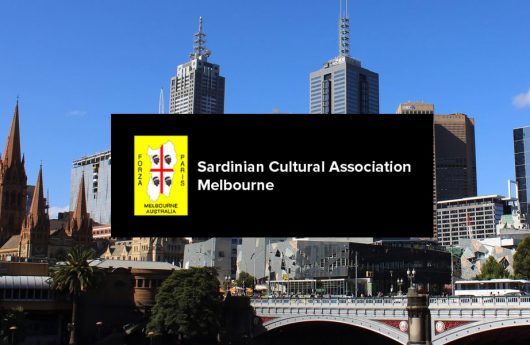 The Sardinian Cultural Association (SCA) of Melbourne has just turned 30 years old and is set to achieve further goals in fostering the cultural well-being of the Sardinian immigrants−including their children and grandchildren−and their ties with their original homeland.

The anniversary was celebrated with a banquet held at the Abruzzo Club last August 2O. Many SCA members, supporters and friends attended the event in a festive and joyful climate.

Paul Lostia, who has played a leading role for many years as president, hashed over the history of the association which has been the subject of a major bilingual book titled “Ajo in Australia – Let’s go to Australia” written by Pino Bosi (with substantial contributions from Saverio Minutolo and Sardinian historian Aldo Aledda) and published by the Italian Australian Institute with a financial subsidy that SCA was able to obtain from the Region of Sardinia.

The Sardinians represent a small proportion of the over half million people who in the last Australian census identified themselves as ethnically “Italians”. It is estimated that, among them, those from Sardinia are just under 4,000 but whatever their number, they make their presence felt as a lively and creative community group..

As highlighted in their website www.sardi-melbourne.com, the SCA has a base of around 300 members who are happily settled in Australia and at the same time share a sense of pride for their Sardinian heritage.

Community activities include traditional “casalinga” style lunches and picnics, and major events such as gala evenings and the annual Sardinia Day celebration. The SCA promotes its social program not only to the Sardinian community, but also to the mainstream Italian and Australian communities.

Notable among its educational initiatives is SCA’s participation in the scholarship grants program next to the Assisi Centre, the Italian Australian Institute and previously Monash University.

While not politically or religiously motivated, the SCA supports the positive values of multiculturalism and the moral debt owed to the indigenous people as Australia’s multimillennial inhabitants of this country and their traditional owners.