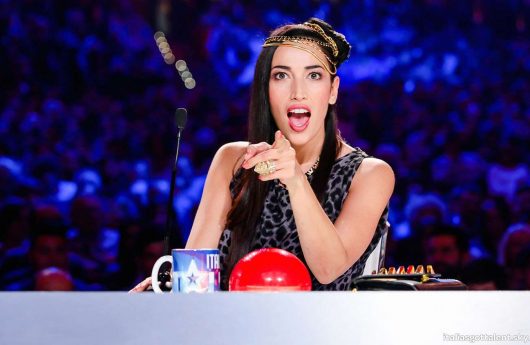 The Italian queen of soul music

By definition, soul is ‘the immaterial essence, animating principle, or actuating cause of an individual life’ (Merriam-Webster Dictionary). Our souls are intangible but reveal themselves in our thoughts, emotions and feelings, and in a most meaningful way, through our creative activities. Of all art forms, no genre gives vivid expression to our souls more than soul music.

This is how Andra Day (an American singer) describes soul music:

“Soul music is true to its name. It’s music that connects to your soul, your spirit. When music resonates with people’s spirit like that, when people can emotionally connect with something or it helps to heal them, transform them that never goes out of style. People will always need something to relate to.”

Nina Zilli’s songs and singing style are a beautiful example of this.

She was born Maria Chiara Fraschetta in 1980 in the northern Italian town of Piacenza. Her music career started when she moved to Ireland where she gave her first live performances. Extraordinarily, she studied opera at the Conservatory from the tender age of thirteen.

As she was growing up, she sang with many bands (The Jerks, Chiara e gli Scuri), amongst others. It wasn’t until 2011 that she commanded the attention of the Italian and international audiences – Universal Music released her EP self-titled Nina Zilli (her stage name, a combination of jazz singer Nina Simone’s first name and her mother’s surname). One of the singles on the EP was a cover of The Supremes, ‘You Can’t Hurry Love’ L’amore verra (Love will come).

Nina Zilli is strongly influenced by American soul music of the 1960’s -the time soul originated. According to the Rock and Roll Hall of Fame, soul music: ‘…arose out of the black experience in America through the transmutation of gospel and rhythm and blues into a form of funky, secular testifying.’ It was a way for black Americans to express the suffering trapped in their souls and to expel their distress through songs.

Soul music also expresses love found and lost, —all the deep emotions we all experience in our lives – which is why it is so captivating. Nina, as it happens, experienced a tumultuous break up years ago. In her own words:

“It started as a fairy tale and soon became a ‘calesse’ (two-wheeled carriage pulled by a single horse). I got to the stage when I felt miserable. We had become incompatible. I knew what I wanted and how I felt, he didn’t. When we got to the crucial point of asking each other ‘Do you love me?, I knew the answer, he didn’t. Eventually I realised that I was tilting at windmills.”

In 2010, Nina Zilli won the contest Sanremo New Generation allowing her to participate in the newcomers section in the 60th edition of the Sanremo Song Festival with the song L’uomo che amava le donne (The man who loved women). The song made it to the final and got the ‘Gold’ certification for a single record from the Federation of Italian Music Industry. It was later included in her debut album entitled Sempre lontano (Always faraway) which went on to become Platinum. Nina not only sings her songs with passion, she is a songwriter – making the lyrics even more relevant to her performance of a song.

In 2012, she participated again in the Sanremo Song Festival, this time in the ‘Big Artists’ section with her song Per sempre (Forever). The lyrics are poignant to anyone that has ever been through a relationship break up:

“Perché l’orgoglio in amore é un limite che sazia solo per un istante e poi torna la fame” (Cause pride in love is a boundary within which you feel satiated just for an instant and then you feel hungry again).

Guileless words which Nina Zilli sings with honeyed vocal tones. As a result of her outstanding performance, she was chosen by a panel to represent Italy in the 2012 Eurovision Song Contest with the song L’amore e’ femmina, (Love is female) later becoming the title of her second studio album. In this contest, Italy came number 10 – which wasn’t a bad result at all.

These days, Nina Zilli is a judge on Italy’s Got Talent and she has found a new love. Her new boyfriend is Stefano Mancinelli, a basketball player for the Bologna team. This love has perhaps inspired the songs she is currently recording for a new album due for release on the September 1st. She recently released the single Mi hai fatto fare tardi (You made me be late), which has more of a reggae/pop vibe but still has a soul base.