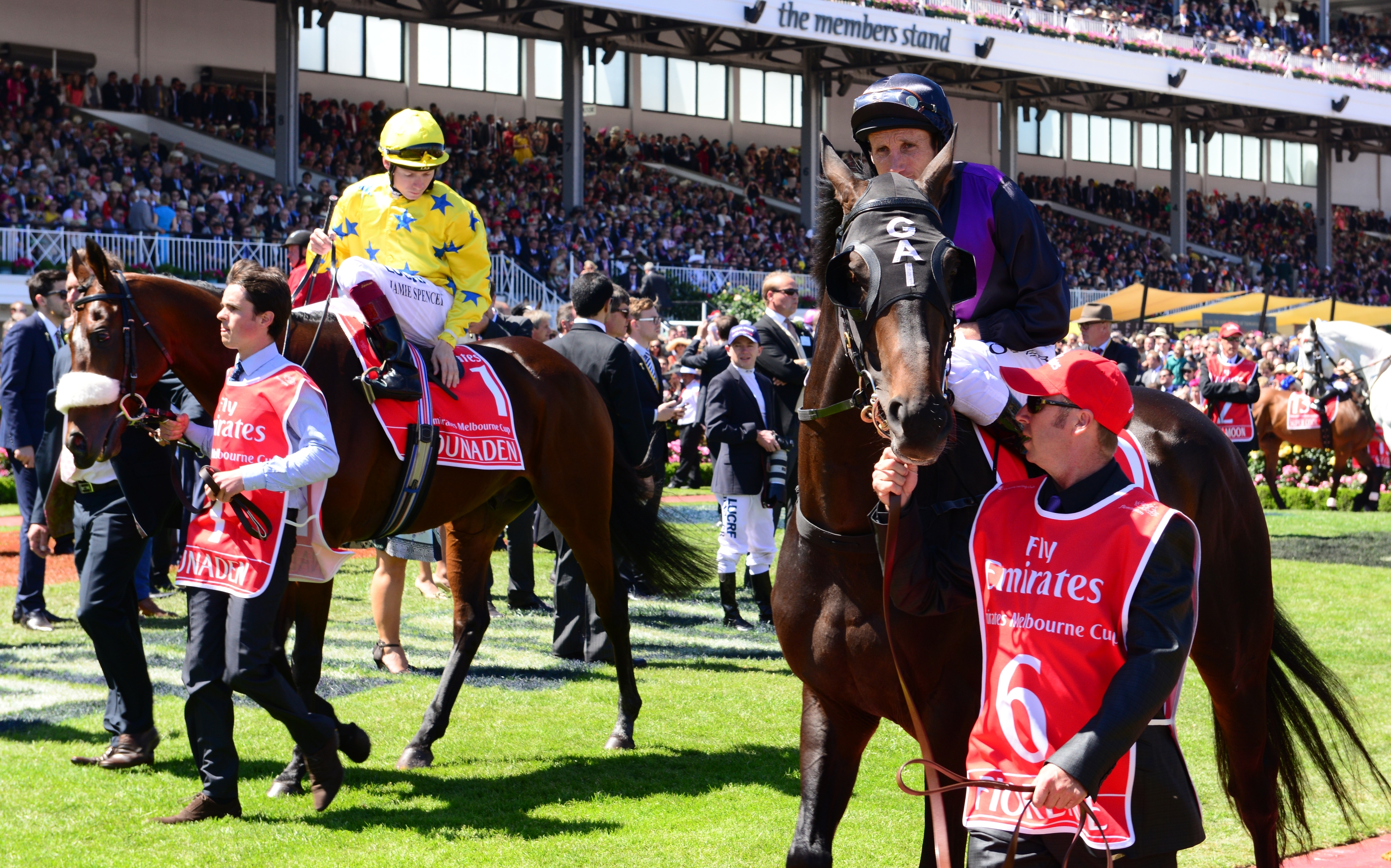 One of the biggest horse races in the world, let alone Australia, the 2019 Melbourne Cup took place earlier this month. True to form, the race that stops the nation gave us plenty of action, drama and reasons to celebrate (especially if you backed the right horse!). Photo: Chris Phutully

This historical race, which dates back to 1861, has captivated horse racing fans and Australian residents for centuries - it’s as much a part of Aussie culture as the Outback and Vegemite.  Interestingly, however, the Melbourne Cup has a strong Italian connection that goes back decades…

A bit of cup history

During the early years of the race, the famous cup trophy was made abroad in England before being shipped Down Under. In the 1870s, residents petitioned for the trophy to be made on local shores so local manufacturers began to get involved, changing the design of the trophy with each new craftsman.

By 1919, the cup’s design was fixed. Featuring the three-handles that have survived on the trophy to this day, the design was created by James William Steeth, a gold and silversmith in Melbourne’s central business district.

Making the Melbourne Cup became the family business, first by Steeth then by his son, Maurice. Eventually, J.W.Steeth and Sons took on apprentices, one of which happened to be an enthusiastic young Italian immigrant.

Fortunato ‘Lucky’ Rocca was born in Nicastro, Calabria before he and his family migrated to Australia during the early 1950s. The family originally resided in Port Melbourne, before moving on to Brunswick and finally, settling in the heart of the Italian community in Carlton.

Due to growing up in such an international environment - Rocca went to school with Italian, Greek and Jewish pupils - he developed a proper Aussie dialect and became known as “Lucky”, the English translation of his name.

As soon as the apprentice position with Steeth and Sons opened up Lucky, who was “very good with his hands”, secured it immediately. It would be a few years before he could get those hands on the prestigious trophy, however. During his first three years at the workshop he wasn’t involved at all in the making of the Cup, but in 1968, at the age of 24, he was tasked with making it for the very first time.

Remembering that it “was a great privilege...one of the biggest thrills” in an interview with SBS Italian, Lucky was placed in charge of making the Melbourne Cup by hand and did so for three decades, until 2000.

Although his Cup days are behind him, if you happen to pass by that workshop on Elgin Street, Carlton you’ll still see Lucky to this day making trophies, ceremonial maces and other items.

The Italian connection to the Melbourne Cup doesn’t stop there, it continues to this day in the form of famous jockey, Frankie Dettori.

The 2019 race was Dettori's seventeenth attempt at winning the Melbourne Cup - the Italian/British jockey is as much a fixture of the race in the 21st century as the cup itself! In all those years he’s never been able to actually win it, despite coming second twice - first in 1999 (riding Central Park) and then half a decade later in 2015 (on Max Dynamite). Although hopes were high that this year he’d finally ride home to victory, the Melbourne Cup, sadly, still remains Dettori’s nemesis.

Coming into the race, Dettori had over 250 Group 1 wins to his name. This year alone he took the win at the Churchill Downs Breeders’ Cup with Enable, the Longines Turf riding Expert Eye in the Mile and the prestigious Prix de l’Arc de Triomphe, again riding Enable. The chances of Cup success for Dettori in 2019 increased even further when it was decided that he would be riding Master Of Reality, stablemate to the 2017 Melbourne Cup winner, Rekindling.

The four-year-old bay gelding caught Dettori’s eye back in June at Ascot, when he finished just 1.1 lengths behind his winning pairing with Stradivarius in the Gold Cup. According to Master’s co-owner, Nick Williams, Dettori sent a text saying “Melbourne Cup, please. I’m coming to ride Master Of Reality”, declaring that he had displayed “the best staying form in the world” during the run up to Ascot.

Running out of the stable of renowned Irish trainer, Joseph O’Brien, Master Of Reality had shown some good form throughout the 2019 season. Out of 12 races he placed in five of them, taking first place on three occasions. Master’s staying power combined with Dettori’s expert knowledge of the course at Flemington should have had the pairing coming first past the post, but once again the Italian jockey’s victory dreams were crushed.

From second to fourth place

On 5th November 2019, a crowd of 81,000 spectators gathered inside the Flemington Racecourse, Victoria to watch the 48 runners and riders compete for the Melbourne Cup and a first place prize of $4.4 million.

It was a thrilling race from start to finish, particularly during the closing 100 meters of the race, when Dettori and Master Of Reality gained a one length lead on the rest of the field. It seemed like fortune was finally on Dettori’s side and that he’d ride home first on his Irish gelding, but fate had other ideas. In the closing minutes of the race, Vow and Declare and jockey Craig Williams surged up the inside, forcing Master Of Reality to the left as they came first past the post by a head.

As if yet another second place finish in this prestigious race wasn’t disappointing enough for Dettori, immediately after the race he was dropped down to fourth place. Field Stewards lodged a complaint about Dettori’s riding after Master Of Reality drifted across the track during the last half-furlong, impeding the run of Wayne Lordan above Il Paradiso. Dettori was charged with careless riding, demoted to fourth place (behind Prince of Arran in second place and Il Paradiso in third) and sentenced to an 8-day riding ban, due to end on 14th November.

Unfortunately, this is not the first time that the 48-year-old jockey has caught the wrath of the stewards at Flemington. In 2004 he was suspended for a month after carelessly riding Mamool, then he was fined $20,000 in 2015 for causing interference onboard Max Dynamite.