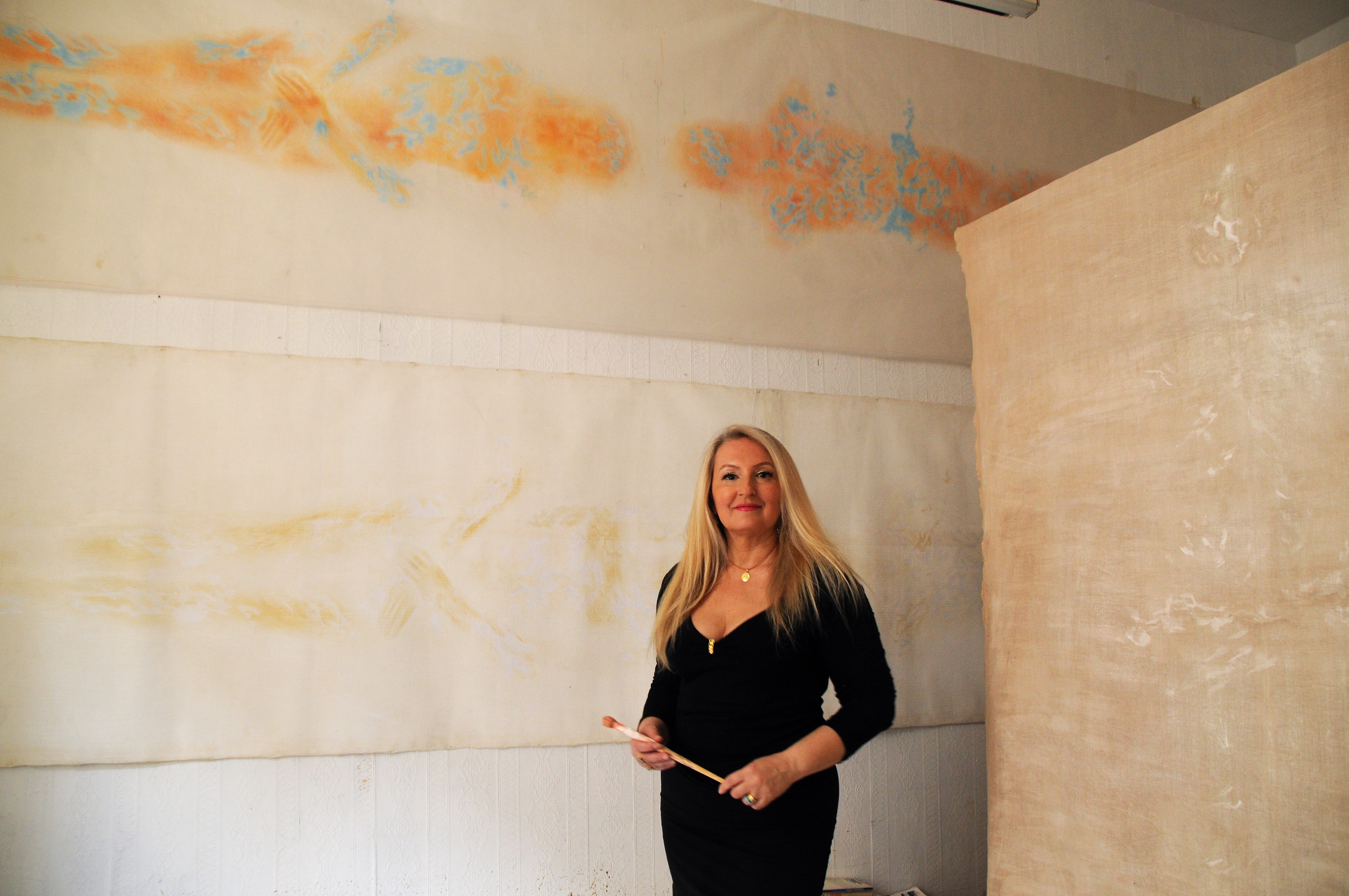 The inner unity of the sacred and the profane

The Shroud of Turin, supposedly the burial cloth used to wrap the body of Jesus of Nazareth after his crucifixion, has for centuries fascinated theologians, archeologists, historians, scientists and artists. But is it truly the burial shroud of Jesus Christ? Or is it a work of art by an unknown medieval artist, indeed a forgery as several scholars have proposed? The shroud’s enduring fascination has magnified rather than diminished the historical mystery.

The first written record of a shroud bearing the image of a crucified man was made in 1390 by Bishop Pierre d’Arcis of Lirey, in France, when he wrote to Pope Clement VII claiming that an artist had confessed to making a forgery of the shroud. The artist’s name was not mentioned in the Bishop’s letter and unfortunately remains unknown. This same shroud, or perhaps it was another to have coincidently also existed in Lirey, is said to have been in the possession of a French Knight, Geoffroi de Charny, from 1353 until his death at the battle of Poitiers in 1356. To confound matters further historians have not only contended this to be a forgery, they have sometimes attributed the forgery to artists who lived centuries apart. Other historians have suggested that the shroud was owned by the Byzantine emperors, but that it had vanished during the Sack of Constantinople in 1204. They fail, however, to provide evidence as to its origin or speculate on how this particular shroud would have made its journey to France and how it came to be in the possession of the Royal House of Savoy, which then transferred it to Turin in 1578 where it has been ever since.

The Vatican’s position has always been on the fence, likely because there are no historical records or archeological evidence prior to the 14th century that can definitively account for the origin of the Shroud of Turin. The Church has neither officially accepted nor refuted the authenticity of the shroud. Which is a good position to take considering that the shroud inexplicably turns up hundreds and hundreds of years after the death of Christ. Actually, it is the only position the Church can have, not only because there is scientific analysis to dispute the Church at every turn, but also because for many of its flock there is no ambiguity surrounding the shroud’s authenticity. That is, there is no either/or possibility. For the faithful there is no question that the Shroud of Turin is a true relic. Faith, as the Church is well aware, is not based on proof but is in itself an ineffable mystery. Thus, for the faithful, to acquiesce to supernatural conviction is sacred whereas to accept a rational explanation is profane.

But what if the sacred and the profane were both valid? It is wise to note that since 1983, when the Royal House of Savoy entrusted the Shroud of Turin to the Holy See, the Vatican has been careful not to make witless proclamations of authenticity or to mock science. In 1998, Pope John Paul II announced that the Church had no special qualifications for determining the authenticity of the Shroud and that it was the task of scientists to continue investigating, stating further that ‘the imprint left by the tortured body of the Crucified One, which attests to the tremendous human capacity for causing pain and death to one's fellow man, stands as an icon of the suffering of the innocent in every age’. More than ten years later, Pope Benedict XVI, after putting the Shroud on public display, described the Shroud as ‘an Icon written in blood, the blood of a man who was scourged, crowned with thorns, crucified and whose right side was pierced’, analogous to a mirror in which we can see our own suffering. And when the Shroud was exhibited in the Cathedral of Turin as part of the Easter celebrations in 2013, Pope Francis stated, ‘the Man of the Shroud invites us to contemplate Jesus of Nazareth’, that is to say, his teachings, which too often are swallowed up by myth.

Here we are confronted with two paradoxical truths, revealing the inner unity of the sacred and the profane. One cannot exist without the other, in much the same way that redemption would be meaningless without sin. And here we come to the very heart of the work From the Imprint of Jesus by Veronica Piraccini, artist and Professor in Painting at Rome’s Academy of Fine Arts, where light has a direct affinity with darkness and the visible with the invisible. After all, like the Church, is it not the task of art to reunite the extremes of human experience?

In 2012, Veronica Piraccini was able to procure a life-size photographic scan of the Shroud of Turin, which she replicated on to transparent paper in mirror-like fashion to the original. She then used two very novel techniques, techniques that can be said to be similar to the use of luminol, a light-producing chemical that forensic investigators apply at crime scenes to detect traces of blood. With the help of her physicist sister Nadia, Piraccini discovered new pigments that she calls ‘Imperceptible’, that is, pigments invisible to the naked eye. She applied a blue pigment to highlight the blows and bruises inflicted on the body of ‘Jesus’ and a red pigment to highlight the wounds caused by the crown of thorns on the head, the nails on the hands and feet, and the lance in the side of his body. But these highlighted colours cannot be seen in natural light, they are only made visible when a black light (or ultraviolet light, which is also invisible) is cast on to the canvas.

From the Imprint of Jesus is bound to resurrect the age-old debate surrounding the authenticity of the Shroud of Turin when it is exhibited in Melbourne this coming November. But, of course, there is more to Piraccini’s work than meets the eye. Part of our fascination, and indeed abhorrence, with the work comes about because it evokes an apotheosis of suffering while it simultaneously affirms the sanctity of human nature. The sacred is not ‘lowered’ to the profane, nor the profane ‘exalted’ as sacred, but rather illuminates their uniformity.

Nixora Group and the Global Association of International Artists (GAIA) will host a ten-day exhibition titled The Holy Shroud at Melbourne’s prestigious SpACE@Collins gallery from 15 to 24 November 2019.

GAIA – Global Association of International Artists is a not-for-profit organisation that supports the international exchange of figurative artists and promotes social cohesion.