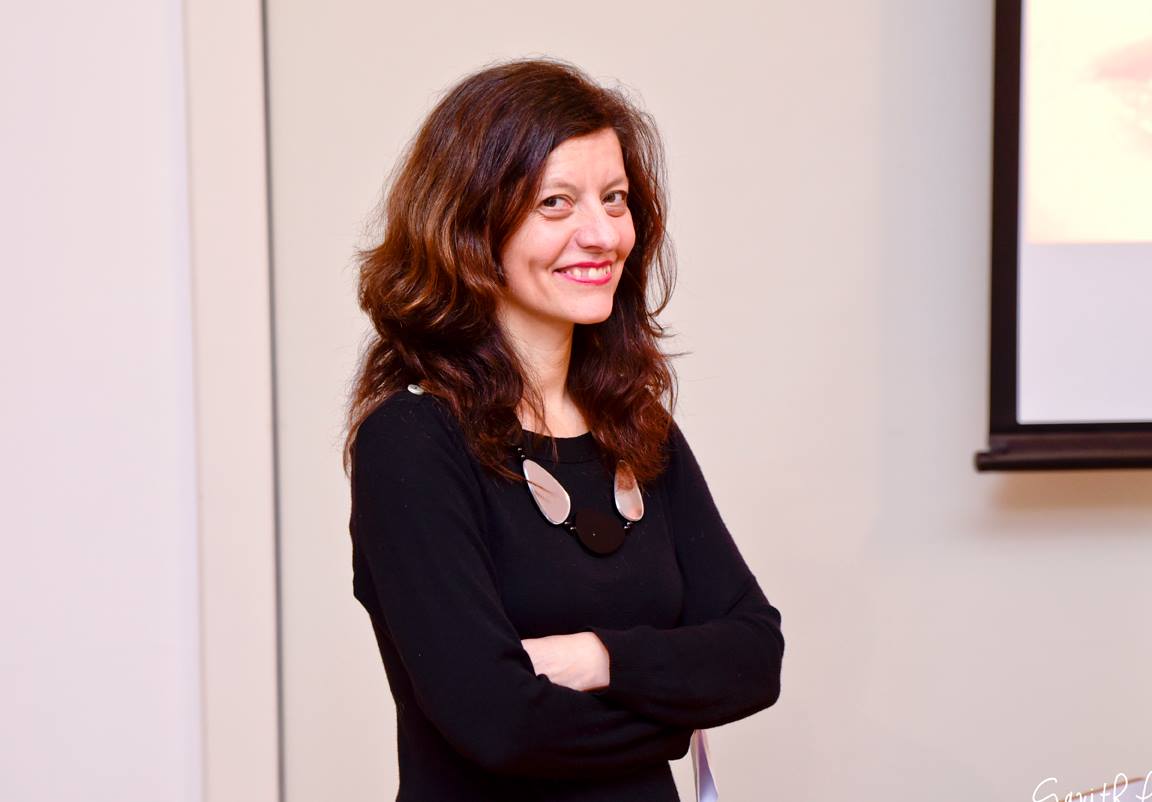 THE BEST POSSIBLE EXPRESSION OF THE ITALIAN CULTURE

Around a week ago, in the main space of the Italian Cultural Institute, I was sitting in the audience amongst friends, university lecturers, guests and invitees, including the newly appointed Ambassador, and there in front of me was a 17 year old boy with no Italian background, performing a main role in a farce by Dario Fo. Listening to his fluent Italian, and noticing his confidence and well-rehearsed comic timing, I realised that Italian language and culture in Australia is cherished, and its dissemination is quite successful. The state of Italian culture in Australia is healthy. (Photo: Laura Napolitano - Director of the Italian Institute of Culture in Melbourne)

This experience however, provoked in me a series of questions: what is a young Australian audience today? And more importantly, what is Italian Culture?

One of the key differences between my experience at the Italian Cultural Institute in Paris and my tenure here in Melbourne, is of course the strong Italian community that thrives in this city and the history of Italian diaspora. While the role of the Paris Institute is clearly to promote Italian language and culture amongst the French population, strengthening institutional ties and fostering a cross-cultural dialogue, here in Melbourne, a strong part of the population is of Italian background, and this creates a crucial difference.

It has been very important for me in these last years to navigate this complexity on at least two different levels. Firstly, the program I devised was carefully aimed at showcasing the best of contemporary art and culture, with the clear awareness that presenting contemporary excellence also implies dealing with inherited discourses about ‘Italianness’ and the nostalgic view of this that does not always reflect the experiences of Italians today. I have been aware of the way this program intersects with other cultural institutions and cultural expressions here in Melbourne.

Secondly, my aim was to cater for new audiences, like the young actor in the play: curious, proactive, and willing to explore novelty and complexity. This means framing the Institute as a cultural organisation that can dialogue with a wider group of cultural institutions, from the great ‘Italian’ network to contemporary galleries, museums, and universities.

Italian language and culture teaching and learning is also very healthy. We have successful university programs and the teaching of Italian culture across faculties (for example, The University of Melbourne had an exhibition on Terragni in 2018 and teaches the philosophy of Agamben across its Culture and Communication program), alongside well-established private and public courses, we are at a stage in which the need for self-representation and self-recognition goes hand in hand with a more open, diffused and all-encompassing presence in the city.

Culture can be thought of as the customs, traditions, mores and ways in which a particular group lives and organises itself. However, culture is also ‘high culture’: the exemplar, the best possible expression of those mores through art and literature, scientific achievements, political legacies etc.

Cultures, however, are intrinsically stratified, fluid, transnational and translingual; in constant dialogue with the world, to the point of making any definition of a border or a unified identity impossible. The risk therefore is that we fall back on a canon or a series of stereotypes. As Director of the Institute, I have tried to respect and celebrate this canon (inviting personalities such as the esteemed Italian conductor and harpsichord virtuoso Rinaldo Alessandrini, the art historian Costantino D’Orazio celebrating Leonardo Da Vinci, the Baroque ensemble I Bassifondi and so on), while exploring the intersections with other perspectives. Some examples will help me clarify this and introduce my conclusions.

In 2018 Liquid Architecture, a Melbourne ‘institution’ in the field of experimental music, approached me and asked me to support a conference on Fascism and aesthetics, organised with the Faculty of Law of the University of Melbourne. We invited the Italian, US-based (again a testament to transnationality), composer Luciano Chessa, an internationally renowned scholar of the Futurist musician Luigi Russolo. We held a series of seminars and a concert that brought to the Istituto a new audience of young artists, students and enthusiasts.

Also in 2018, the Istituto organised ‘Counterpoints’, an exhibition of the great 20th century Italian artist Vettor Pisani and Melbourne artist Marco Fusinato. This was Italian excellence conversing with an artist of Italian background, who has, however, little to do with traditional identity-art. But it was also a conversation between people and institutions: Eugenio Viola, the Italian chief-curator at PICA in Perth, the Italian ‘Fondazione Morra’ that enabled the travel of Pisani’s works, and the highly regarded ‘Anna Schwartz Gallery’ that represents Fusinato. Once again, it was the first time Anna Schwartz entered the door of the Institute; symbolically linking our institution to the most important contemporary art milieu of the country. It was a pleasure to read just a week ago that Fusinato has been chosen to represent Australia at the next Venice Biennale: this link has now come to fruition.

Far from being self-celebratory, each project can and should be improved. These two examples however, illustrate my concluding point. Italian language and culture has established ways to be promoted, taught and learned, and the work done in this space has been, and continues to be, amazing. As the fourth generation of the historical diaspora grows to adulthood, and as a new, transnational, global and connected cohort of Australians becomes a cultural consumer, intersecting our way to think Italianness with other dynamic and multimodal experiences is a valuable strategy to keep and foster our important presence into the future.