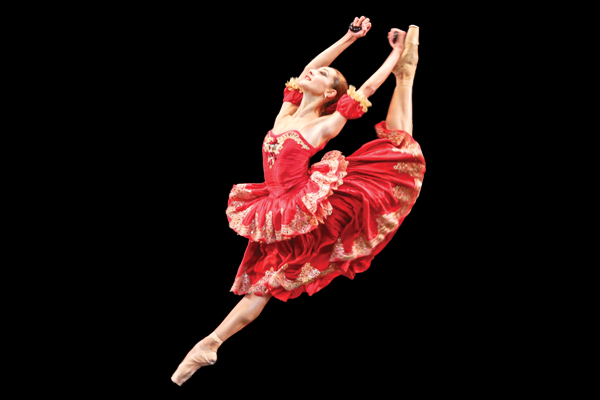 I was just 15 years old when I first stumbled into La Scala opera house in Milan. Truth be told, I had lost my way from the outstretched corridors of the Galleria Vittorio Emanuele II and was in search of directions – no romantic story here at all.

After having been distracted by the statue of Leonardo da Vinci sitting proud and tall in Piazza della Scala, I walked into the first building I could find. Little did I know I had found La Scala by accident. To be honest, it was quite an unassuming building – it looked like so many other palazzi that line the streets of Italy’s major cities. Nothing about it screamed ‘Come one! Come all! Come visit one of the world’s greatest opera houses!’ As I entered the lobby I was quickly intercepted by a custodian who jumped at the opportunity to stop me in my tracks. Dumbfounded that I didn’t know where I was, he immediately took it upon himself to show me inside the theatre. I remember gasping loudly as we entered the famous theatre hall, leaving the drab grey tones of Milan and its concrete jungle behind us. It suddenly hit me. I knew perfectly where I had ended up. And it was all mine! I was overwhelmed by the size, the grandeur. A burst of light and colour erupted and corrupted my senses. My eyes needed a moment to adjust to the confusion of gold and red…and then, I looked up. I have never felt as small, drab and insignificant as I did in that moment.

La Scala, which opened in 1778, is arguably one of the world’s most iconic creative spaces. Boasting a capacity of over 2000, this truly is the place to see and be seen. La Scala is exceptionally versatile in the creative endeavours it brings to its audiences: theatre, ballet, opera, concerts, symphonies and recitals. With the name comes a legacy of quality and excellence, steeped in tradition and history. To know the work of La Scala is to know world-class performance.

Now, I am no aficionado when it comes to such creative pursuits – I do after all have two left feet - however, I do know beauty and skill when I see it. For those of you who have never met, allow me to introduce you to the Teatro alla Scala Ballet Company. And guess what? It’s coming to visit us ‘Down Under’ for the very first time.

The Queensland Performing Arts Centre (QPAC) initiated its ‘International Series’ in 2009, bringing the world’s best and brightest performing arts companies to Brisbane. The International Series has seen the likes of the Bolshoi Ballet, the American Ballet Theatre and The Royal Ballet grace Brisbane with their greatness. And that’s just naming a few! Now it’s La Scala’s turn to show Australia how it’s done – and I promise you, you won’t be disappointed.

Giselle is a beautifully haunting tale of love, joy and despair. The narrative unfolds revealing two contrasting worlds – a sunny happy world, set against a dark gloomy kingdom. It is in this milieu that the characters, Giselle and Prince Albrecht, exist. The choreography requires significant shifts in expression and technique from the artists, as the characters ebb and flow between the two experiences. Presented in this QPAC International Series is the original Jean Coralli – Jules Perrot choreography, first performed by French prima ballerina Yvette Chauviré in 1950 at La Scala. This rendition is so beloved by Teatro alla Scala that it is presented in memory of the late Chauviré.

Don Quixote is a far stretch from Giselle, both in spirit and pace. The performance takes place in Spain, and is a colourful frolicking adventure complete with matadors and gypsies. It’s a story of friendship and adventures, both in love and war, and is based on the novel Don Quixote de la Macha by Miguel de Cervantes. The presented performance is that of Rudolf Nureyev, which marks the 25th anniversary of his death, and the 80th anniversary of his birth. His performances and choreography remain so cherished by La Scala and audiences the world over, that it is presented true to the 1966 version which premiered at the Vienna Opera Ballet.

Beyond the artists, dancers, sets and costumes lies one other crucial element, rendering this a truly once in a lifetime opportunity: the live music. Performed by the Queensland Symphony Orchestra in spectacular fashion, the original scores by Ludwig Minkus (Don Quixote) and Adolphe Adam (Giselle) are truly brought to life on the stage. This blend of the ‘local’ and ‘foreign’ is what makes the QPAC International Series such a revered program, and such a unique artistic experience for performers and audiences alike.

The QPAC International Series season of Teatro alla Scala is not simply a nod to artistic tradition and skill, it’s a celebration of Italian talent and passion for the arts. Experiences such as this stand to represent just how powerfully Italian culture can transcend ‘the expected’, and delight and surprise in new and profound ways. For many of us, this will be the closest we ever get to experiencing work of La Scala in the flesh, let alone its principal dancers and guest artists. Catch this incredible season while you can, as it will be gone before you know it.