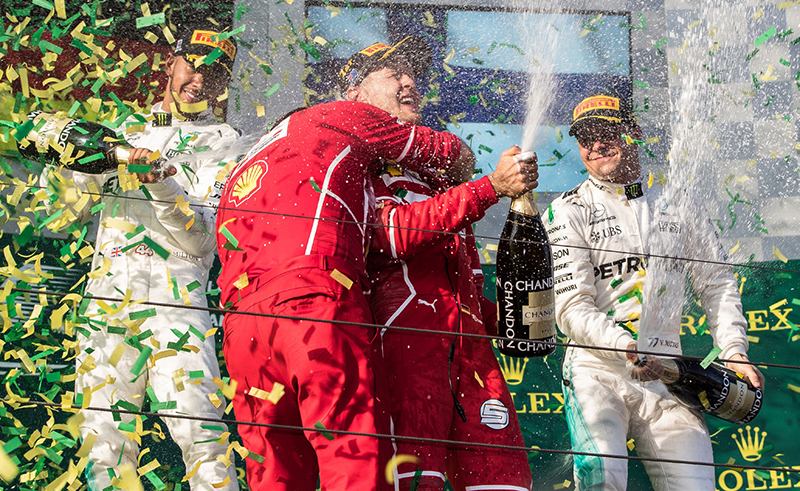 The 2019 Formula One season will get underway in a few short week at Albert Park in Melbourne, and the Tifosi will go into it knowing that Ferrari has a real chance to compete against Mercedes and the all conquering Lewis Hamilton.

Of course, the problem is that this is a familiar story. Last year, the Ferrari was the faster car, at least for the first half of the season, and everyone in and around the team knows the challenge should have been much closer. This year, Unibet has Hamilton odds on to win a sixth title. Will 2019 just be more of the same, or can Ferrari make this the year they string it all together?

All change at Maranello

Ferrari’s failure to match the car’s pace and the proven talents of its drivers with consistent results was certain to lead to rolling heads, and sure enough, Maurizio Arrivabene’s four year tenure as team principle has come to an end. He will be replaced by former Chief Technical Officer Mattia Binotto.

Whether this will lead to any marked changes remains open to debate. It is widely accepted that the team principal role is that of a figurehead, and the true authority lies in the corridors of power at Maranello. Many believe that the most influential change will be that of the driver line up.

The arrival of Charles Leclerc will present a new type of challenge to Sebastian Vettel, who must prove that he still has what it takes to be a number one driver who can win world championships. Leclerc had a remarkable debut season for Sauber last year, and consistently outperformed his more experienced teammate, Marcus Ericsson. It is certainly not beyond the realms of possibility that he could do the same again this year, in which case feathers are certain to fly.

This will be Vettel’s fifth season at Ferrari, and if he were a star footballer, he would probably have been fired long ago. However, there is precedent here, and it should give the Tifosi cause for optimism.

Michael Schumacher won his first championship as a Ferrari driver in his fifth season with the team. Also, he did it with a new teammate in the number two car, when a taciturn and slightly eccentric fan favourite was replaced by a young charger. OK, it is sometimes easy to see patterns where none exist, but changing the ingredients in this way led to Schumacher’s period of total domination. While it would be a little too optimistic to expect that sort of turn around, the conditions could be exactly what Vettel needs to rediscover the flair and determination that took him to four consecutive championship wins between 2010 and 2013.

Lights out, away we go

All the theorising will come to an end on 17 March when the lights go out and the season gets underway at Albert Park. Last year, Sebastian Vettel won the race, thanks largely to a superior pit stop strategy, and it will be vital that he starts 2019 in similar fashion.